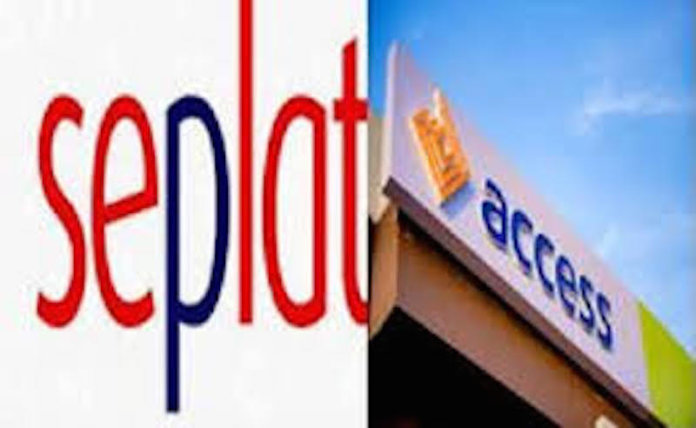 Access Bank and Seplat Petroleum Company Plc. have recently been enmeshed in legal tussle in the former’s efforts to recover an outstanding U$.85.8 million loan to Cardinal Drilling Services Ltd. Olaoluwakitan Babatunde x-rays the issues, and writes that Access Bank is on a misdirected crusade

The Nigerian corporate world was taken aback when on 2nd December 2020 a team of fully armed policemen and lawyers took over and disrupted businesses and activities at the No. 16 Temple Road, Ikoyi Lagos corporate office of the Nigerian oil and gas giant, Seplat Petroleum Company Plc. The office was marked “Possession taken by receiver/manager of Access Bank in FHC/L/CS/1588/2020”. They went ahead to seal it after serving Seplat some court processes comprising an interim ex parte order secured by Access Bank’s counsel and receiver/manager, Mr. Kunle Ogunba (SAN) in respect of the suit.

All these were consequent upon credit facility granted Cardinal Drilling Services, an indigenous oil-servicing firm, by Diamond Bank (now Access Bank) in 2012, but which the former was yet to offset. The loan is reportedly now valued at U$85.8 million.

The issues: Seplat’s word against Access Bank’s word
Access Bank’s move has expectedly ignited legal fireworks between it and the indigenous oil giant bent on fighting off what many analysts have described as “corporate aggression” by the bank.
Seplat’s major argument has been that Access Bank and its counsel had misled the court through misrepresentation and suppression of facts as well as “patently false information” into granting orders against it.

For instance, Seplat argues that even though it is not a party to the loan transaction between Access Bank and Cardinal Drilling Services and that whereas it did not guarantee the Deed of Debenture (which was strictly between Access Bank and Cardinal Drilling), Access Bank knowingly filed baseless insolvency action against it as the First Respondent in clear breach of long settled legal principles, just to harass and embarrass it and do damage to the company’s reputation and goodwill.

Seplat furthers argues that even though its Chairman, Dr. ABC Orjiako, was not a party to the loan agreements or Deeds of Debenture, and did not stand as a guarantor or make any commitment whatsoever in respect of the loan at any point, Access Bank filed action against Dr. Orjiako as the Third Respondent in flagrant violation of well-established and universal principles of law.

Another major issues is the Access Bank’s claim that Seplat used Cardinal to obtain the loan by proxy. “Seplat employed Cardinal as a veritable ‘vehicle’, ‘smokescreen’, and/or ‘Shell company’ for the facilities from Access Bank cumulating in the mammoth outstanding indebtedness of the Cardinal, in furtherance of the purchase of drilling rigs for the sole benefit and utilisation of Seplat”, Access Bank claims. It also claims that Cardinal Drilling Services, upon drawing down $30 million loan on 12th March 2012, “transferred the entire disbursed sum to Seplat, who made use of same for the enhancement of its businesses”. Seplat has denied that it received a dime from the loan disbursed to Cardinal Drilling and challenged Access Bank to present record to that effect.

But the Bank did not exhibit any evidence to that effect to substantiate its claims. Instead, it said that the company’s account statement, which it claims to have exhibited in court, has details of Seplat’s funds transfers into the account of Cardinal Drilling Limited, which in turn would transfer the fund to Access Bank “as loan repayment”.

However, learned minds argue that the fact that Cardinal does drilling work for Seplat ordinarily means that the oil firm would be transferring money to Cardinal. Documents exhibited in court also shows that the rigs Cardinal acquired with the Access Bank loan were equally used to provide drilling services to several other oil companies.

Lawyers, whose opinions have been sampled on this argument of “smokescreen” have dismissed Access Bank’s argument as untenable in law. They were of the consensus view that as a SAN, Access Bank’s lawyer knew or ought to know that a person could not be liable for banking loan by the mere fact that the he is an exclusive beneficiary of the banking loan facility. They maintain that even in a situation where that person/entity uses the borrower as decoy, vehicle or smokescreen, he/it cannot be held liable unless the incorporation between the two distinct legal entities is unveiled in a court of law, relying on the records of the Corporate Affairs Commission (CAC).

Meanwhile, whereas Access Bank deposed to an affidavit that Cardinal Drilling Services is a “sister company” of Seplat and its Chairman the promoter of Cardinal Drilling, Seplat has, through records of incorporation at CAC, shown that Cardinal and Seplat are very distinct entities. Also Seplat’s Chairman, Dr. Orjiako is only a member of an international consortium that holds equity in Cardinal in his individual capacity.

Another Access Bank’s claim before the lower court is that Seplat could dispose of their assets or place them beyond the reach of the court, if not restrained. However, Seplat is an oil and gas firm with not less than five Oil Mining Leases (OML). These assets are not only located in Nigeria, and producing oil on a daily basis, they are equally immovable. As such, they cannot be easily stripped or taken beyond the reach of the court. Besides, Seplat is a Nigerian brand with global appeal. It was listed on the Nigerian Stock Exchange and London Stock Exchange in 2014. It boasts of a market capitalisation of more than U$458 million and assets worth over U$2.8 billion.

The oil company further maintains that the sealing of its corporate offices, disruption of its businesses and programmes, and truncation of its bank accounts were of serious costs to it and the nation. These include huge losses in taxes to the government and Foreign Direct Investments (FDI) to Nigeria. It amounts to the company’s inability to meet up with its obligations to its customers, service providers, and over 400 workers. In particular, Seplat supplies gas to the Geregu, Sapele, and Azura power plant, which account 40 percent of power supply in Nigeria.

Unfortunately, as earlier stated, not only did the lower court fail to rule on Seplat’s application for the vacation of the ex parte orders against it, it went ahead on to grant Access Bank’s application for interlocutory injunctions against the oil firm.

Appeal Court to Rescue
Many have wondered why the continued sidestepping by Access Bank and analysts, of the fact that the Court of Appeal has intervened in the miscarriage of justice on 22nd January by suspending the interlocutory orders pending the determination of the substantive appeal brought by the oil firm, but that the court’s ruling was predicated on public good and economic consequences of the lower court’s orders.

While they emphasise that Justice Aikawa held in his 24th December 2020 ruling that “all these issues touch the substance of the case and should therefore be reserved for substantive trial” and that “an attempt to delve into any of them at this stage has the potential and danger of determining substantive issues at this interlocutory stage, a tendency which has been frowned upon by the appellate court”, they fail to state that the Court of Appeal thinks otherwise.

The appellate court held on 22nd December that Access Bank had nothing to lose in Seplat carrying on with its businesses and discharging its obligations to its various customers. It held that it would be “bad and tragic” to continue to seal a firm of such strategic import to electricity supply in the country.

Delivering the unanimous ruling of the three-man appeal panel, Justice Joseph Ikyegh held: “The fear and anxiety expressed by the 1st Respondent (Access Bank) appeared unfounded. It would also not amount to hearing the substantive suit.

“The Supreme Court has held that where machines and workers would be rendered useless, the court would intervene. Disruption of business should be considered in the issue of balance of convenience. The court will exercise its discretion in suspending the injunction. Practical approach should be adopted and not do injustice to any of the parties. Where considerable hardship will be done to a party, the court will intervene by suspending the injunction or stay it”.

It is imperative to note that Access Bank has appealed the suspension of the orders. This is notwithstanding that Seplat had deposited a bond of U$20 million as ordered by the court and averred even right from the lower court its willingness to comply with the judgment of the court if eventually established that it was liable for Cardinal Drilling Services loans.

Many have therefore wondered why the preoccupation with the businessman as though he is even the owner of Seplat, which is a highly regulated company with so many shareholders from around the world. They believe that joining him in the suit, coupled with the ongoing media trial of the Anambra-born business man and Seplat are aimed at bullying both into helping to settle the loan fiasco, being an individual and a company that treasure their reputation. Some also allege a deliberate campaign to rip the armour of integrity, which is Orjiako’s global unique selling point. It is on the strength of that reputation that he is on the African Advisory Board of the London Stock Exchange.