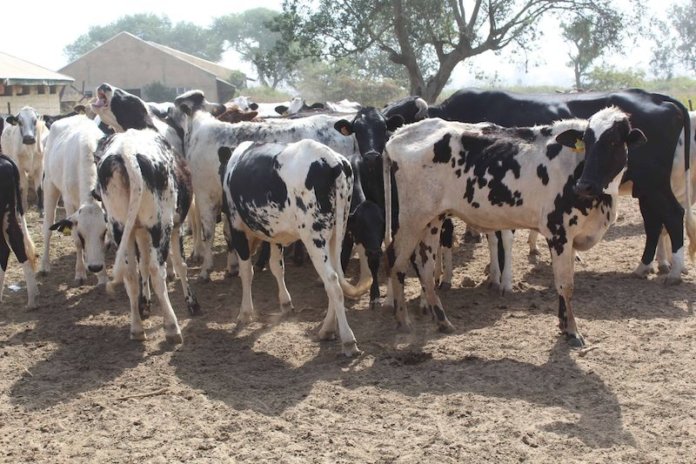 In recent time, it is a known fact that there is a sharp decline in revenues accruing from oil sales, globally. Nigeria is no exception, and has been affected, as a member of the Organisation of Petroleum Exporting Countries (OPEC). The negative trend has affected the monthly allocation from the Federation Account to all tiers of government.

As a way of remaining afloat, the federal and state governments have devised other means of generating revenues for the day-to-day running of the government. The governments, at all levels, individuals and corporate organisations, have divested into agricultural business as a tested, viable and reliable sector to bridge the yawning gap in relation to the hitherto over-reliance on oil proceeds for survival. On account of its dominant role, agriculture is a key player in poverty reduction and job creation.

Narrowing it down to Ogun State, the current administration has placed premium in the sector to guarantee food security, job creation and, ultimately, as a source of generating revenue into the coffers of government and also shore up its Internally Generated Revenue (IGR) base.

The agricultural agenda of the present administration is geared towards giving support to private sector’s small holder farming and linkage to industrial process, job creation, agricultural industrialisation, food and nutrition, aimed at ensuring food security. It is also about the resolve to connect all agencies and multinational/international development partners that have the mandate of agricultural and value-chain actors.

It is heartwarming to note that this dairy and cattle value chain job and food security have formed parts of the Agricultural Road Map of the APC-led administration of Prince Dapo Abiodun when it assumed the mantle of leadership on May 29, 2019. No wonder early this year, the administration approved a special focus on food and nutrition with linkage of the people of the state to the nutritious food of animal and plants.

The intervention of the Central Bank of Nigeria (CBN), which is a partner in this initiative, is a main financial anchor for numerous linkage programmes in agriculture, with a record breaking 7,000 linkages to credit and input, for Cassava and Rice in a short and restrictive COVID-19 season, without precedence. Indeed, it is a good development that the CBN and the state officials in the CBN/Ogun State Anchor Borrowers’ Programme (ABP) steering committee, in collaboration with Cattle Farmers Association in the state, have compiled a list of interested youths and farmers who have registered for Dairy and Cattle Value Chain job opportunities.

Without mincing words, it is good news that the state government has opened new opportunities for potential investors, resulting from the new framework for Responsible Intensive Land Investment In Agriculture (FRILIA) that was recently signed by the governor, as an Executive Order. Thus, the rationale behind the gesture is geared towards providing supplementary free investment promotion advice and training to value chain actors so that the state can continue to reap the benefits, including job creation, food security and sustainability of industries and the overall wellbeing of the people.

Worthy of note is the signing of a Memorandum of Understanding (MoU) between the Ogun State Government and Fan Milk Plc., a French Company, on Thursday, January 28, 2021 that signalled the beginning of another milestone in the industrial revolution efforts in the state.

Governor Abiodun notes that agriculture remains a key sector that the administration, upon assumption of office on May 29, 2019, is seriously working on to ensure the state becomes the food hub of the nation.
While lending credence to President Buhari’s agenda of, “Grow what you eat and eat what you grow”, the governor acknowledged the contribution of FAN Milk Plc., in the past five decades of operations and expressed hope that the signing of the MoU would help the state in its human capacity building, as well as in job creation.

“Agriculture is one of our key sectors. We have the land, the people and traditional farmers. Today, we have done so much to become number one in egg, poultry and cassava production in the country, and rice, kola nuts, cocoa and cotton production in the entire West African sub-region. Our fish production has become a model on the continent.
“We see this opportunity, not just to further increase our contributions to food security, but particularly to allow us reduce the level of unemployment. We realised that agriculture is the easiest and cheapest way to reduce unemployment.

In his own remarks, the France Ambassador to Nigeria justified the signing of the papers which he said, would help in no small measure to reduce food importation and increase food security. He added that the company is poised to diversify, by using local raw materials for production.

“The MoU is a step in corporate alliance, with one of the most successful (Ogun) states in the country. When fully operational, the partnership would help create jobs for the people of the state and also help develop the modern rearing method of local cows and production of dairy in the state.

“I am happy with the state in the areas of agriculture and education. You have performed very well and it is my happiness seeing a French company, like FAN Milk taking its fair share of the state’s industrial activities,” said the Ambassador.

Also, the Chairman, FAN Milk, Mr. Akinkugbe, declared that the company had settled down in the state in order to tap from its agricultural potentials for the development of the state and the country, at large. He added that the company has come to contribute to the employment drive of the present administration and the education of the farming communities in the state, as well as to benefit from the available infrastructure meant for investors in the state.

Subsequently, at the ground breaking event of the proposed FAN Milk & Danone Model Dairy Farm and Dairy Training Institute, located at Odeda Farm Institute, an outskirt of the state capital, Abeokuta, the Ogun State Commissioner for Agriculture, Dr Adeola Odedina, said the government “is doing a lot of vigorous engagements, by placing greater responsibility and recognition on the farmers.”

“Here in Odeda Farm Institute, we have 47,000 capacity cassava demonstration technology to deliver 50,000 tonnes of cassava. It is a value chain technology which ought to serve the entire state and beyond. Because, here, we have a driving chain opportunity. Soon, we are going to approach the National Business and Technical Examinations Board (NABTEB) for an award of Diploma certificates,” Odedina said. The Chief of Staff (CoS), Alhaji Shuaib Salisu, who represented the governor at the event, stated that the Odeda Farm Institute is one of the oldest settlements established by the defunct Western Region Government. According to Salisu, members of the host community are hospitable and he, therefore, appealed to the company to establish and maintain cordial relationships with the locales.

Meanwhile, the Backward Integration Operational Plan (BIOP) of the company consists of three value chains. They are: the (a) Model Dairy Farm which entails the setting up of the company by Danone; operations to be carried out by the locals; provision of training support by Danome; and veterinary/extension services-consultancy; (b) the Dairy Training Farm owns the farm; owns existing and new local Dairy farmers outside own farm; and (c) Milk Collection Centre: sets up milk collection centres for own farm and out growers and finally, own milk trucks.
In addition, the project key milestones and timelines involve the first milk collection from the farm, which is about 18 to 24 months, realistically.