THE ESSENTIAL JACOB OLUPONA AT 70 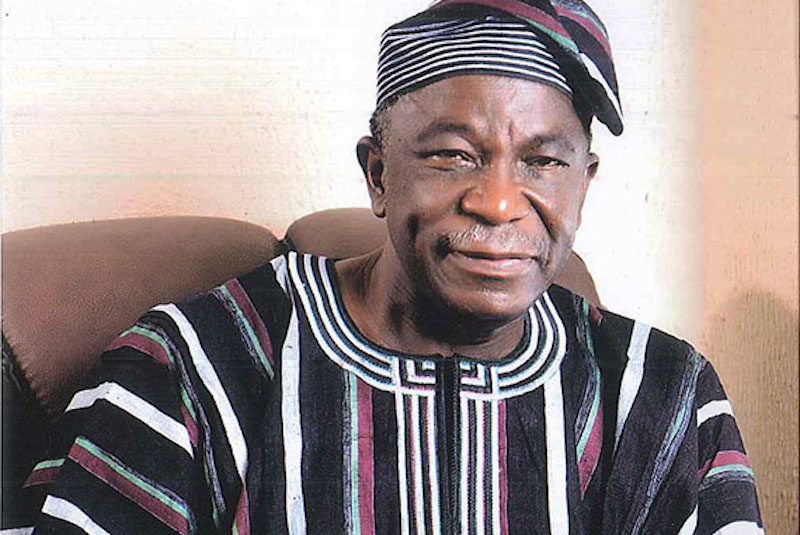 It is a privilege to share some reflections on Professor Jacob Olupona on the celebration of his 70th birthday. My reflections in this piece will focus on Professor Olupona’s distinguished career as a scholar. These reflections encapsulate our interactions for 35 years since I first met him at Obafemi Awolowo University (OAU) when I visited Ife from Oxford while conducting fieldwork and archival research for my doctoral thesis in 1986. At the time, Professor Olupona was a young senior lecturer of Religious Studies at OAU.

Even in those challenging years as Nigeria experienced severe economic downturn with rapidly eroding institutions, Professor Olupona established himself as a leading scholar of African religious studies, having just completed a book manuscript on what would soon become a seminal work in Nigerian religious studies, ‘Kingship, Religion, and Rituals in a Yoruba Community: A Phenomenological Study of Ondo Yoruba Festivals’, and many groundbreaking articles in leading scholarly publications, notably ‘Journal of Religion in Africa’ and ‘Journal of Ritual Studies’. These publications set the stage for a major theoretical breakthrough on the concept of civil religion in African religious studies.

As the crisis of the Nigerian state deepened in the late 1980s and early 1990s, Professor Olupona relocated to the United States, taking a professorship in African & African American Studies at the University of California, Davis, where he led the rejuvenation of Africana intellectual thought at that university. Harvard soon came calling: Professor Olupona was appointed professor in African religious traditions at Harvard University in 2005. Following a slew of pathbreaking books, landmark edited volumes, and analytically rigorous essays, Professor Olupona emerged as a preeminent scholar of African religious studies a few years later.

These brilliant works include ‘African Religions: A Very Short Introduction’; ‘City of 201 Gods: Ile-Ife in Time, Space, and the Imagination’; ‘In My Father’s Parsonage: The Story of an Anglican Family in Yoruba-Speaking Nigeria’; ‘Ifa Divination: Knowledge, Power, and Performance; African Immigrant Religion in America’; ‘Orisa Devotion as World Religion’; ‘Beyond Primitivism: Indigenous Religious Traditions and Modernity’; ‘African Spirituality: Forms, Meanings, and Expressions’; and ‘African Traditional Religions in Contemporary Society’. They were mostly published by renowned academic presses such as Oxford University Press, University of California Press, and New York University Press.

In their numerous iterations, these studies reveal tapestries of African religious traditions — indigenous African cosmologies, Christianity, and Islam in the processes of state-society formation — expressing dialectical tensions between the local and global, national and transnational, tradition and modernity.

In recognition of his reputation in the global Africanist community, Professor Olupona made many of us proud when he was elected president of the African Association for the Study of Religion in the early 2000s. An institution builder and visionary, Professor Olupona established critical institutions to advance the work of African scholars — and Africanists more broadly. Two notable examples stand out in the last decade: The Religious Cultures of African and African Diaspora People series at Duke University Press and the Ife Institute for Advanced Studies. Professor Olupona’s stature as a foremost Africanist was affirmed with three honorary doctoral degrees from University of Edinburgh, Obafemi Awolowo University, and the University of Abuja as well as a Nigerian National Merit Award.

Over the years, I have had the pleasure of learning from Professor Olupona, drawing from his deep well of wisdom and generosity of spirit. Highly productive scholars can be inward looking most of the time perhaps because of the intense demand of research and obligations to the rigor of academia. Despite the enormous professional demands on him, Professor Olupona found quality time for everyone, especially young scholars. He deploys his professional capital to build a formidable Pan-African infrastructure that has sustained an outstanding pre-doctoral and post-doctoral fellowship program.

With great introspection, personal fortitude, and progressive Christian values, Professor Olupona, through this initiative, is opening doors for many young African scholars even as they strive to overcome the challenges of doctoral training in many African universities. In many dialogues with him, I admire Professor Olupona’s single-minded devotion to these amazing African scholars.

I will conclude my reflection by focusing attention on the wonderful initiative that Professor Olupona established five years ago in honor of his late parents, Archdeacon & Mrs. Olupona, the Ife Institute of Advanced Studies. In five short years, this amazing initiative has achieved so much. It has established a memorandum of understanding with Obafemi Awolowo University, recruited outstanding faculty mentors from universities around the world, designed an innovative curriculum, establish programmatic agendas for an exciting community of young scholars, build an annual summer research training institute, and sustained a vibrant group of graduate students, post-doctoral fellows, faculty mentors, and program coordinators.

Overall, Professor Olupona’s vision for this innovative institute is simple, but profound: The Institute must have a rigorous academic curriculum drawing on best practices in scholarship, research, pedagogy, and mentoring. For Professor Olupona, such an enterprise must balance challenging questions of development and governance in African countries with the dynamic transformations that are taking place in our globalized world. For this critical enterprise to flourish, Olupona insists, it must draw on the collaborative energy, professional expertise, and imaginative agency of all stakeholders.

So far, this initiative is reflecting Professor Olupona’s conscientious commitment, remarkable vision, and collaborative instincts to put the pre-doctoral and post-doctoral fellows of the institute first, encourage teaching excellence, mobilize faculty mentoring, and support outstanding scholarship. Recent graduates of the institute are successfully defending their PhD dissertations, while many others have secured impressive academic positions. Although these remarkable accomplishments reflect the hard work of the fellows themselves and the support of faculty mentors and program coordinators, it is ultimately Professor Olupona’s visionary leadership that has propelled the institute to such remarkable success.

On his 70th birthday, for me, the message from Olupona is simple: In whatever we achieve we must strive to uplift others, especially those following in our footsteps. At various stages of a stellar career as a scholar of the highest distinction, Professor Olupona has marshaled his energy to build bridges so that those coming behind him can have a more secure pathway as they march forward. On this special day of his 70th birthday, I wish Professor Jacob Olupona, his devoted wife, and their children all the best that life has to offer.