Justice Ijeoma Ojukwu of the Abuja Division of the Federal High Court on Thursday declined to revoke the bail she earlier granted to the convener of the #RevolutionNow movement, Mr Omoyele Sowore.

Sowore and another member of the movement, Mr Olawale Bakare, are being prosecuted by the federal government on charges bordering on alleged treason.

They were said to have committed the alleged offences by staging “a revolution” campaign against the administration of President Muhammadu Buhari on August 5, 2019.

The #RevolutionNow protest called by Sowore, according to the government, was aimed at removing the president from office by unconstitutional means.

They however pleaded not guilty and was admitted to bail in late 2019.

At their resumed trial on Thursday, neither the defendants nor their counsel were present in court, forcing the court to stand down the matter until 1pm.

When the matter resumed later in the afternoon, the counsel to the defendants, Mr. Marshal Abubakar, explained that he was not in court earlier on the assumption that the matter would not hold on account of an application he filed on January 29, 2021, seeking to vacate February 4 for hearing of proceedings.

He said they had hoped to make the request on the last adjourned date but trial was stalled due to the demise of Ibrahim Watila, a Federal High Court judge.

He however apologised for the communication gap between the registry and the defence counsel.

Responding, the prosecuting counsel, Mr Aminu Alilu, said it is shocking that the court has been made to wait for the arrival of the defendant for the second time and that the counsel each time, “has abused the indulgence of this hounourable court to create lies”.

He recalled how the court had fined the prosecution N200,000 because the same defence berated them for being “undiligent” and not being ready to proceed with their case.

While arguing that the defence must show readiness to answer to the charge, he faulted the application on the grounds that the reason was not adduced on why the court should vacate Thursday’s proceedings.

He therefore urged the court to vacate the bail granted Sowore and Bakare.

“We pray, relying on section 184 earlier cited, that the bail of the defendant be revoked and their surety should be invited to show cause why they should not forfeit their bail bonds,” Alilu said.

He also asked the court to award cost against the defendants in favour of the witnesses who were in court.

However, in a short ruling, Justice Ojuwku, who berated the defence for their actions, noted that the registrar, who informed the court about the letter, was also asked to inform the counsel to make their application in the open court “being that the court cannot adjourn a matter on record on the application of one party in the absence of another by means of a mere letter”.

She said Abubakar’s view that the letter offers sufficient notice for the absence of the defendant is “speculative”.

Ojukwu said the letter written by Funmi Falana, wife of Femi Falana (SAN), also failed to state the reason why the date fixed for trial should be vacated until after easter break.

“It does not lie in the mouth of counsel to give the court a date or take over the official duties of the court on the grounds that his letter should suffice.

“There was no letter from the chief judge that the court should not sit on February 4 and 5 that declared those dates public holiday if possible.

“No reason was offered for the absence of the defendant or counsel. Only that the matter should proceed on the date convenient for the defendants.

“I find that unacceptable as a reason not to hear the matter today,” he said.

Although the judge refused to revoke the bail of the defendants, she awarded N150,000 cost against Bakare who was not present in court.

The case has been adjourned to April 28 and 29 for continuation of trial. 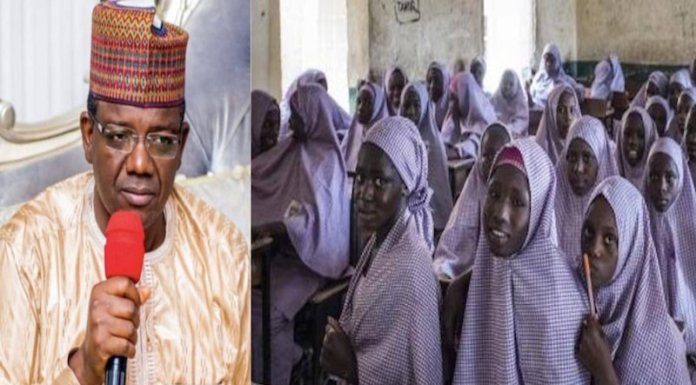