The vice-presidential candidate of the Peoples Democratic Party (PDP) in 2019 general election, Mr. Peter Obi, has thrown his weight behind last week’s report by the Transparency International (TI) that showed corruption still thriving in Nigeria despite the avowed commitment of President Muhammadu Buhari to battle the menace.

Senior presidency officials had refuted the TI report, saying it failed to take an account of several efforts of the Buhari administration to tackle corruption.

But Obi, who featured yesterday on The Morning Show, the flagship breakfast programme on ARISE NEWS Channel, the broadcast arm of THISDAY, said corruption is worsening in the country.

He also faulted the management of COVID-19 by the federal government, saying it lacks transparency.

Transparency International last week released a damning report on Nigeria, which showed that the country dropped to 149 on the 2020 Corruption Perception Index, the worst ranking received by the country in recent times.

According to the latest ranking, Nigeria is now the second most corrupt country in West Africa with Guinea-Bissau the only country more corrupt than Nigeria in the sub-region.

Presidential spokesman, Malam Garba Shehu, however, had faulted the report, saying it was blind to the areas where the federal government has “done extremely well.”

But Obi stated that Nigerians do not need the report of TI to know that corruption is worsening in the country.

“We have to respect and learn to listen when people are telling us the truth. It is not only when it favours us. In fact, one of the leadership tools is for you to listen and learn whenever you are criticised genuinely.”

“I don’t want it to be as if I am always on the negative side, but the reality is that things are not going as transparently as it should.

“When we talk about management from the onset, yes, they are trying to do it in the Nigeria way, which I think we should now be doing things differently. We now need to be doing things transparently and where people can see cost-effectiveness, savings and everything.

“That was why when you saw EndSARS people were going to break warehouses; nobody knew those things were packed in warehouses.”

“Nigeria as a country in 1940 established what we called national vaccine production facility domiciled in Yaba, and that was able to produce virtually all the vaccines we used in the days of smallpox, yellow fever and that facility was shut down in 1991 to be refurbished and upgraded, there was nothing wrong with it.

“And till today, that has been the case deliberately so that people can import vaccines and sell to the government.

“Now, I hear that we are looking for N400 billion. Well, I am lost. Our budget this year for health is N547billion. I don’t know if they are going to take this vaccine procurement from it, because if they do, we are left with N147billion. The other one is already low and you’re going to worsen it if you do that and we say this year all we did in health is procurement.

“For the vaccine procurement also, we need to have transparency in the procurement. If they have a N400 billion budget to buy the vaccines, my suggestion, they don’t need to award contracts, let them just call Serum Institute in India and plead with them. I am sure they will even give us a discount. If they want, I can go for the negotiation,” he added. 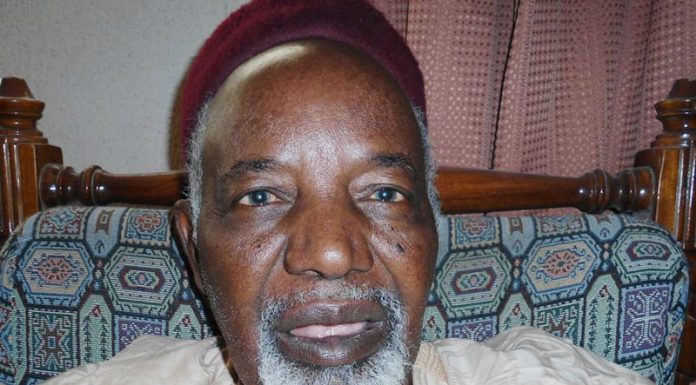