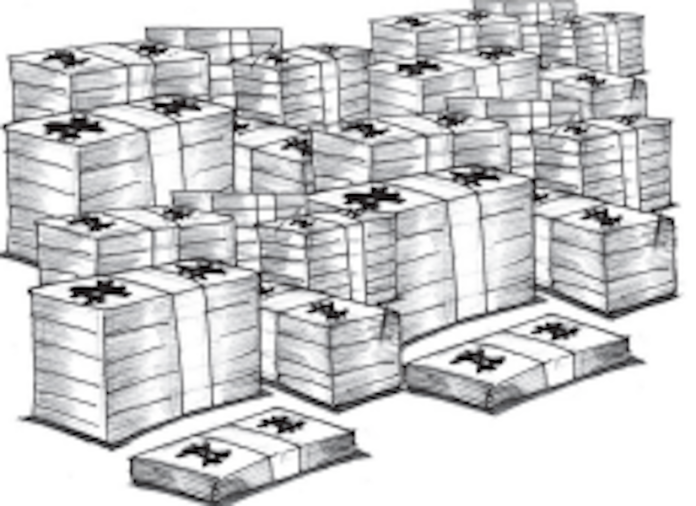 It is another exercise in waste

At the inauguration of the emergency intervention database for the urban poor last week, the federal government hinted that about 24.3 million poor Nigerians would get N5,000 each for a period of six months through the National Cash Transfer Programme. Minister of Humanitarian Affairs, Disaster Management and Social Development, Mrs Sadiya Farouq, said the new intervention would serve as cushion for those further impoverished by the COVID-19 pandemic. Given what has transpired in the past one year, not many Nigerians would want to buy into the scheme.

To be sure, the Cash Transfer Programme, one of the major components of the social investment programme of this administration, is full of good intentions. It was introduced by the federal government in 2016 in partnership with the World Bank to reduce extreme poverty among the populace. By the arrangement, a monthly stipend of N5,000 is paid to the poorest and most vulnerable Nigerian households, mostly in rural communities. The objectives include improving the economy of communities, improved school enrolment and increased utilisation of health and nutrition services. Ultimately, the programme would help lift some 20 million out of poverty in the next two years and 100 million out of poverty in the next 10 years. As of December 2020, the programme reportedly was being operated in 33 states and the FCT with about 1.5 million beneficiaries covering 37,628 communities in 487 local government areas. All the states are expected to be covered by March 2021.

However, like the Buhari administration’s war on corruption, the programme has been poorly managed and half-heartedly executed. For one, the amount is too small to make any positive impact on the individual beneficiaries. Many have brushed it off as another futile exercise, used to siphon the people’s wealth to enrich some private pockets. Indeed, with inaccurate database, the programme has become another means by corrupt government officials to defraud the state. Even the National Assembly had cause to openly complain about the transparency of the programme during the first wave of the Covid-19 pandemic when millions were confined to their homes last year. In addition, many of the officials extort money from some of the beneficiaries lucky enough to get the cash. Last year, the Zamfara unit of the Conditional Cash Transfer Programme threatened to dismiss 10 facilitators in Kaura-Namoda and Tsafe local councils for obtaining money from beneficiaries. The officials were found extorting between N1000 and N2000 from beneficiaries in areas assigned to them.

To worsen matters, there are accusations of nepotism, with majority of the ‘beneficiaries’ domiciled in the north. But the greater challenge is that of accountability which explains why billions of Naira were reportedly spent on ‘school feeding’ at a period pupils were home. Last week, the minister in charge was typically dismissive of the criticisms without explaining how such humongous amount of money would be transparently disbursed beyond a nebulous “Electronic disbursement is done to the extent of infrastructural capacity of any location.” There is also the critical issue of money with which to drive the programme in a cash-starved economy, a reference aptly made by the Vice President, Professor Yemi Osinbajo last week while virtually flagging-off the cash transfer scheme called the Rapid Response Register (RRR). “The only constraint,” said Osinbajo “of course, is the funding which we must look for.”

Where will the government seek N729 billion that is not budgeted for to run a programme harbouring plenty of qualms? Will it again head for the international market to borrow and distribute to the ‘poor’ aside the N3.5 trillion so far spent on managing Covid-19? This project requires special regime of scrutiny. It is a waste, pure and simple, and the timing is odd. That money will make more impact on the poor when appropriately used in securing the country and in revamping some of the country’s decayed infrastructure.