Herders: No Ethnic Group Should Dominate Others, Says Gbajabiamila after Meeting With Buhari 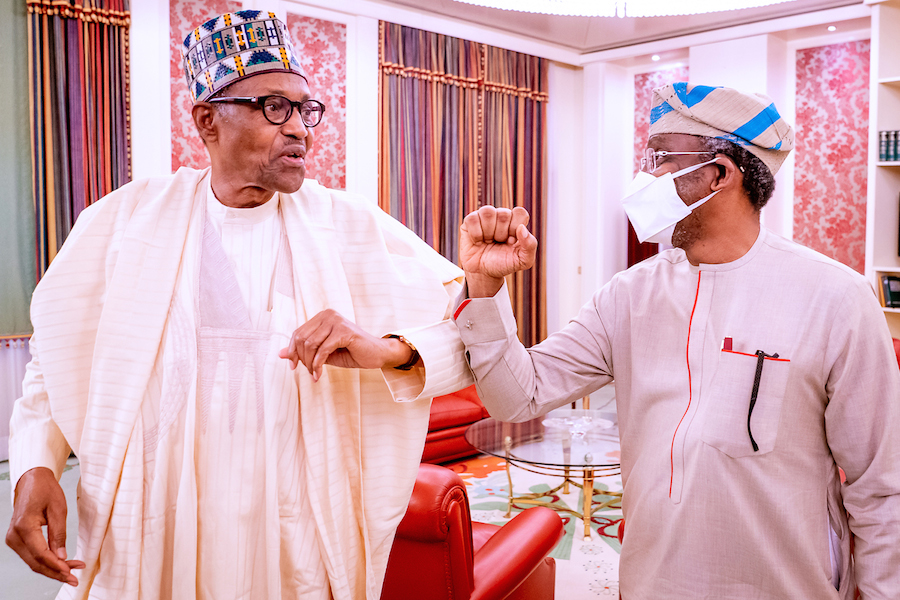 Speaker of the House of Representatives, Hon Femi Gbajabiamila, has stressed that no ethnic group should dominate other ethnic groups in the bid to resolve the recurring herders/farmers clashes in some parts of the country.

Gbajabiamila, who spoke Wednesday with newsmen after a closed-door meeting with President Muhammadu Buhari, however, called for amicable resolution of the clashes for the nation to move forward.

The Speaker, who said he had a fruitful discussion on the state of the nation with the President, stressed that it will be wrong for any ethnic group to lord its views on other ethnic groups in the country.

Gbajabiamila assured that the National Assembly will wade into the issue when it reconvenes next Tuesday with a view to finding lasting solution to the clashes.

His words: “From the National Assembly, solutions will come from talking. I believe that now that we are about to start work on Tuesday, I know these issues will come up and adequate and proper legislation that will address the issue frontally and in the best interest of the country such legislation will be put in place”.

He added that eventually the issue will be better resolved through round table discussions saying
“everybody just have to come to the table and discuss and come to amicable resolution which I’m sure we will.

“But more importantly we all have to sit on the table and discuss this matter and look for the way forward. I think everybody is willing to do that”.

The Speaker hailed the appointment of new service chiefs by President Buhari who eventually listened to the voice of the general public.

“The appointment of new service chiefs is what everybody has been clamoring for, the House, Senate, the public and the President took his time and he studied the situation very well and did it at the right time that he thought he should do it and we are in support of what he has done.

He advised all members of the ruling All Progressives Congress (APC) and potential members to come out to revalidate and register as members of the party ahead of the 2023 general elections.

To him: “Everybody should come out and register. You know registration is the beginning of an election process, election is not a one day event, it has started already. I will encourage all party members, those who are not even party members who have not registered before, those who have attained the age of 18, those who have seen the good works of Mr. President and this party to come in and join the fold and register. “So that come 2023 you know politics is about numbers, they can pick whoever they want to elect to represent them as a party flag bearer.

Don’t forget registration serves dual purpose, one is for primary and the second one is for election .You have to take ownership of the party and that is what we are asking people to do”.

Gbajabiamila stressed that there is no alternative to APC in the nation’s current political calculation.
“Show me an alternative with cogent reasons why then we can talk, for now I have not seen any alternative. APC has done a lot and I want us to be very objective. but unfortunately in life that is just how it is, if you have done 100 things and one thing probably you met on ground is not quite right yet, it has the tendency of muddling the waters and discrediting the 100 good things you have done. That is the situation we have found ourselves but we will continue to educate the public on the things we have done.

“The APC never really enjoyed propagating itself, we thought our work will speak for us. But for me I have since learnt you need to propagate yourself. Because, often when I sit down with some of the biggest critics of government and I say the party did this, this and this, they are in shock. I think its time we begin to market some of the achievements of party and not allow one or two little…well, they may be fundamental, I quite agree but not let those things overshadow what we have done”, he stated.