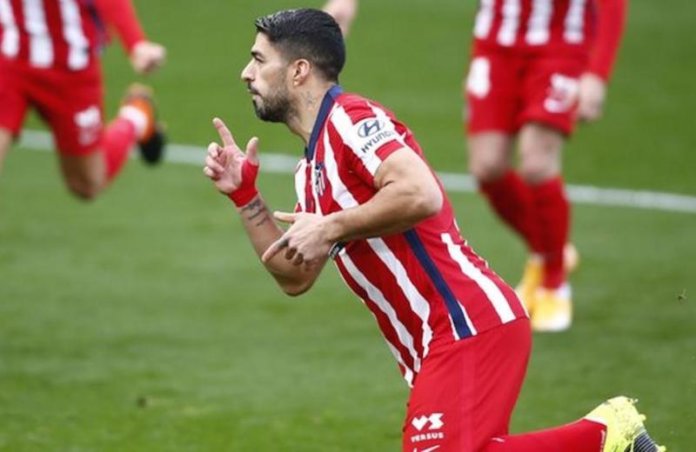 Suarez fired Diego Simeone’s side ahead with an excellent free-kick before Alvaro Negredo equalised for Cadiz.

Saul Niguez flicked Thomas Lemar’s cross into the top corner then Suarez scored a penalty to put Atleti 3-1 up.

Negredo scuffed in a second to give Cadiz hope but Koke scored late on to seal Atletico’s win.

Suarez is now the sole top scorer in La Liga with 14 goals in 16 matches since his summer move from Barcelona.

Atletico also have a game in hand on second-placed Real Madrid. Fourth-placed Barcelona can go level on points with Real if they beat Athletic Bilbao in late night fixture.

Simeone’s side have won eight La Liga games in a row for the first time since 2014 – and have won 15 of their past 16 league games.