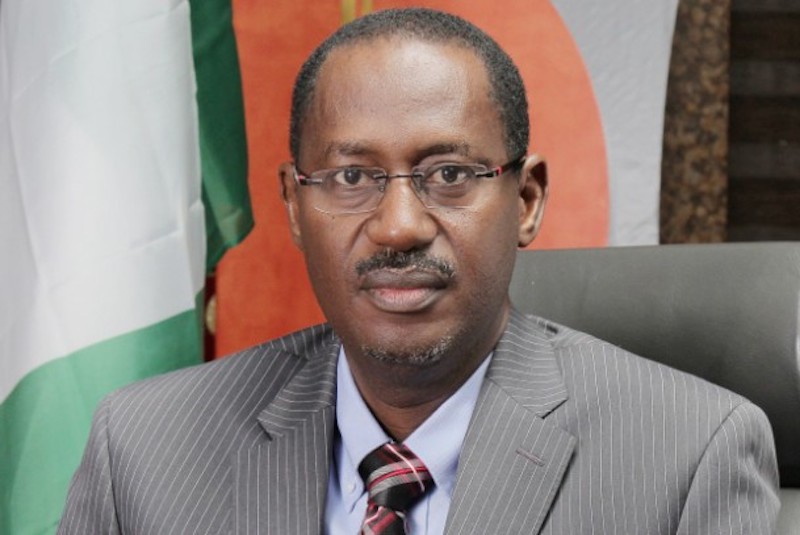 2020 was a tough year. The lockdown imposed by the federal government as part of measures to manage the spread of the Covid-19 pandemic caused extensive disruptions to life and work as we knew it.

For over three months, movement and physical contact were severely limited, government and business workplaces were either shut down or scaled down significantly and business operations turned remote and virtual using technology. The negative impact of this development on set business or corporate goals for businesses and government agencies for the year 2020 was massive.

Despite the operational setbacks occasioned by the Covid-19 pandemic, the Federal Mortgage Bank of Nigeria (FMBN) still managed to maintain its impressive 3-year trajectory of strong corporate performance in 2020.

This was thanks to the focus and determination of the current FMBN Board and Executive Management Team, which came on board in April 2017, to reposition the nation’s apex bank as an impactful institutional government tool and driver of affordable housing delivery to Nigerian workers.

Historic Housing Loan Disbursement
Take the size and number of housing loans that the FMBN posted in 2020 for starters. Latest official figures released by the FMBN, reveal that the bank approved housing loans totaling N42.6 billion out of which a whopping total of N30.5 billion was disbursed across its product portfolio.

Top on the list was the FMBN home renovation loan, which targets contributors to the National Housing Fund (NHF) Scheme who already own their homes. FMBN approved home renovation loans totaling N15.9 billion, with N13.312 billion disbursed to 16,006 beneficiaries nationwide.

The FMBN home renovation loan offers a convenient path to home improvement for subscribers to the NHF Scheme.
It provides up to N1 million to beneficiaries at a single digit interest rate of six per cent and a payment tenor of five years. In April 2017, when the current FMBN Board and Executive Management Team took office, only 2,579 home renovation loans totaling N3.6 billion had been provisioned by the FMBN.

Today, the figure has increased from 2,579 to 55,464 beneficiaries with a total cumulative value of N44.9 billion. The percentage of increase is over 2,150 per cent.

Next is the FMBN’s legacy National Housing Fund (NHF) Loan product.
In 2020, FMBN approved NHF Mortgage Loans totaling N13.060 billion. Out of this, N8.937 billion was disbursed and this helped to create over 854 single-digit mortgages for NHF subscribers nationwide.

This brings the cumulative of loans disbursed by the FMBN under the NHF window to N38.3 billion within the past three and a half years under the current management.

The rapid increase in the quantum of NHF Mortgage loans bodes well for the future of affordable housing delivery in Nigeria because of its unique structuring to serve the ordinary Nigerian worker that is within the low- and medium-income bracket and cannot therefore afford a typical commercial mortgage loan to own a home.

This is how it works. FMBN leverages funds from the NHF scheme, a social savings scheme where subscribers contribute 2.5 per cent of their monthly income, to grant concessionary loans to its accredited Primary Mortgage Banks (PMBs) at a four per cent interest rate.

The mortgage banks in turn use these funds to give loans to qualified workers that contribute to the NHF scheme at 6 percent interest per annum with payment tenors of up to 30 years.
Loans of up to N5 million attract zero equity down payment while those above N5 million to N15 million require 10 per cent equity.

Subscribers are qualified to apply for the mortgage loan after only six months of continuous contributions to the scheme.
The terms of the NHF Mortgage loan are affordable and thus help to reduce the financial pressure on the meagre incomes of low-income earners. They contrast sharply with those that commercial banks charge in the open market, where interest rates range from 18 per cent to 25 per cent per annum and maximum loan repayment tenors hover between 10 – 20 years and require applicants to provide between 30 percent to 50 per cent equity contribution before loans are processed and possibly approved for disbursement.

Housing stock construction also took a large chunk of the N30.5 billion in total housing loan disbursements by the FMBN in 2020.

The bank deployed a total of about N13.6 billion towards the construction of affordable housing stock under its estate development, cooperative housing development and ministerial pilot housing scheme windows.
As a result, FMBN was able to deliver a total of 789 additional housing units in 2020. Cumulatively, the current FMBN Board and Management team has over the three years and a half, increased housing stock by an additional 9,136 housing units.

Increase in Contributions to the NHF Scheme
It is noteworthy that the record level housing loan disbursements and substantial increase in the construction of additional housing units is a direct result of the increased funds inflow into the NHF scheme. For instance, in 2020 alone, FMBN was able to pool as much as N61.195 billion into the NHF mainly from remittances of workers’ monthly contributions to the scheme.
Over the past three and half years under the current Board and Management, FMBN recorded a cumulative total NHF collections of N196.1 billion.

This massive increase in NHF collections is historic at two major levels. The first one is that the figure – N196.1billion – raised in less than four years – represents an 84.5 per cent increase from the N232 billion that previous managements of the bank recorded between 1992 and April 2017 – a 25-year period. In other words, the current FMBN Board and Management Team has achieved in less than four years, what took previous managements about 21 years!

Competent Management is Key
One explanation for this is the ability of the current FMBN Board and Executive Management team to make transparency and accountability integral components of NHF operations.

The new management’s business driven approach and radical shift away from the opaqueness, which characterized the operations of the NHF scheme in the past, has increased public and stakeholder confidence.
States such as Lagos, that stopped contributing to the scheme have resumed, and the level of compliance by employers of labor has also increased.

Since April 2017, FMBN has added 594,850 additional subscribers to the scheme bringing the total to over 5.1million.
This leads to the second notable significance of these figures: they provide hard proof in support of the institutional viability of the NHF Scheme as a potent tool for driving affordable housing delivery.

But with all well-intentioned government institutions designed to deliver public good, the leadership of a competent management team is key to unlocking potential. This is one area that the government got right. The current FMBN Executive Management is made up of public and private sector technocrats with capacity for reform and dexterity for industry and political stakeholder management.

The Board Chairman, Dr. Adewale Adesoji Adeeyo, is a widely schooled and accomplished technocrat with over forty years’ experience in the private and public sectors.

As Chairman, FMBN Board of Directors, exercising the mandate to monitor and oversee the strategic direction of FMBN, Adeeyo has added value by helping to shape the bank’s strategic turnaround plan while supporting the initiatives of the Executive Management of the bank.

He is an alumnus of State University of New York in the United States, where he obtained a Bachelor of Arts in Sociology and Political Science in 1975; a Master of Arts degree in International Relations and Public Administration in 1976 and an honorary Doctorate Degree from the Adeleke University, Osun state in 2016. Following his graduation from the State University of New York, Dr. Adeeyo worked as a public affairs representative at Ciba-Geigy Corporation, USA. He returned to Nigeria in 1979 and worked for two years at Nigerian National Petroleum Corporation (NNPC).

In 1992, Adeeyo was appointed a Director of Wema Bank Plc, where he was instrumental to the bank’s growth and innovation in service delivery. In 2001, the federal government conferred on him the honor of the Officer of the Order of the Niger (OON) in recognition of his exemplary career and positive impact on his community.

Mr. Ahmed Musa Dangiwa, the MD/CEO is a man with impressive capacity for transformative leadership. He is a consummate real estate professional with over 30 years’ experience in mortgage financing and housing development that span private and public sectors as well the academia.

Prior to his appointment, Dangiwa was the Managing Partner of AM Design Consults, an architectural and real estate development consultancy firm, and Jarlo International Nig. Ltd, a Construction Company, where he supervised the delivery of several outstanding real estate projects across the country. He worked in leading mortgage finance companies such as Sahel Mortgage Finance Limited where he supervised the design and delivery of a wide variety of mortgage products and real estate projects, especially social mass housing across the country.

Dangiwa holds an MSc. (Arc) and MBA both from Ahmadu Bello University, Zaria in addition to a Bachelor’s Honours degree in Architecture from the same Institution.

He is an alumnus of the prestigious Wharton University Pennsylvania and has attended numerous training courses (local and international) on Housing Finance, Computer Aided Designs, Design and Build Workshops and Project Management, as well as several other professional and leadership training programmes.

Digital Future is Imminent
Yet another important high point of FMBN operations in 2020 was the giant step forward in its bid to modernise its operations to meet global banking standards.
On December 3, Mr. Babatunde Fashola, the Minister of Works & Housing announced the approval of the Federal Executive Council (FEC) for the FMBN to procure and deploy a Core Banking Software Application.
Once operational, the application would help the FMBN to tackle the many systemic challenges that it has had to contend with over the years due to the largely manual nature of its operations.

This includes fixing the longstanding inability of the Bank to update, in real-time, subscribers’ monthly contributions to the National Housing Fund (NHF) Scheme by ensuring that NHF subscribers get real time alerts on all transactions on their NHF Accounts and stay informed on the status of their accounts. The system would also help to reduce the time it takes for subscribers to access home loans from the bank from over twelve months to about a month and help FMBN to achieve efficient document management systems by enabling it work paperless in loan documentation, appraisal, disbursement, remediation, and loan recovery processes.

On the whole, the focused and result driven management approach of FMBN in 2020, helped the bank to successfully manage the challenges that the year posed to its operations. The remarkable performance, some of which have been highlighted above, underscore the spirit of reform that has animated the bank in recent years. This inspires home for the future of affordable housing delivery in Nigeria and deserves the support of all stakeholders.

Ikyaave is a housing policy analyst based in Abuja and can be reached via housingtoday@gmail.com