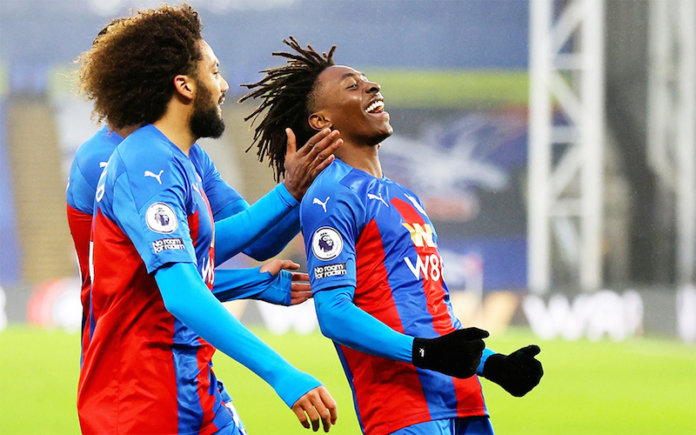 Crystal Palace midfielder Eberechi Eze continued his excellent debut season in the Premier League and added to Wolves’ troubles with the only goal at Selhurst Park.

The £19.5m signing from QPR settled a poor game with a thumping finish, his third league goal since making the step up last summer

In a match of few chances, Willian Jose – in his first start for Wolves since joining on loan from Real Sociedad – was twice denied by Palace keeper Vicente Guaita.

Wilfried Zaha almost made it 2-0 when he hit the crossbar on the counter-attack.

The win lifted Palace above Wolves, who dropped to 14th in the table and are without a win in eight league games.

This was a timely win for Roy Hodgson’s side, who had taken one point from their previous three league games since beating Sheffield United on 2 January.

Eze also scored in that game and the 22-year-old continues to be one of the big success stories of the season at Palace.

After Jordan Ayew had rolled the ball into his path, Eze drilled past Rui Patricio to inject some much-needed life into a match which had been a dreadful spectacle.

Michy Batshuayi and Nathaniel Clyne both went close but the first half ended with neither keeper having to make a save.

Hodgson, who made six changes and left new signing Jean-Philippe Mateta on the bench, will hope his side can kick on after avenging their FA Cup defeat by Wolves this month.

Having seen Palace concede seven goals in two games, Hodgson made three changes to his back line from the 3-2 midweek home defeat by West Ham and was rewarded with a welcome clean sheet.

Wolves were hoping to build on a hard-earned point at Chelsea in midweek but instead ended up going backwards at Selhurst Park.

They have taken only three points from the last 24 on offer and have won once in 11 league matches since losing talismanic centre-forward Raul Jimenez to a serious head injury.

Brazilian forward Jose, who has been brought in to fill the void left by Jimenez’s absence, twice went close.

Guaita reacted well to tip a shot over the bar shortly before Eze’s winner, and also kept out a header in the closing stages.

Wolves, without a goal in two games, are sinking fast and this is undoubtedly the biggest test of manager Nuno Espirito Santo’s reign.

They have enjoyed some memorable moments under the Portuguese but need to start winning quickly to avoid getting sucked into a relegation fight.