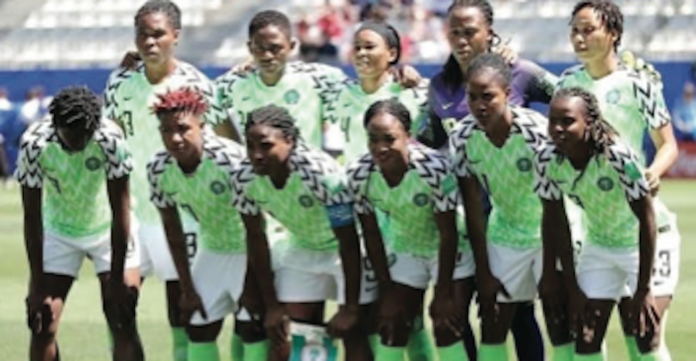 Nigeria’s Super Falcons, and two other African women’s teams of Equatorial Guinea and Zambia are expected to feature in the 2021 Turkish Women’s Cup scheduled to Hold next month in Antalya, Turkey.

The three African teams, including Olympic-bound Copper Queens of Zambia will be part of the eight nations to vie for glory in the fifth edition of the invitational tournament to be held between February 15 and 24.

In 2020, Ghana and Kenya competed for the first time at the event also known as the Alanya Gold City Cup, with the Black Queens finishing third behind second Hungary and winners Chile.

Besides the three African sides, other potential participating countries are Ukraine, Serbia, India, Bulgaria, Uzbekistan, barring late withdrawals and postponement due to the Covid-19 outbreak.

While the 10-day tournament will serve as a pre-Olympic test for Bruce Mwape’s side, the Super Falcons and the Nzalang Nacional will be gearing up for 2022 Africa Women’s Cup of Nations.

The African trio are also appearing for the first time and will aim to become the first African nation to win the tournament after Poland in 2017, France B twice (2018 and 2019) and recently Chile.

Goal.com reported that Nigeria, Zambia and Equatorial Guinea along with Uzbekistan are zoned in the same group for this year’s event.

This means the competition will set the African queens up against two of their group stage foes – Zambia and Equatorial Guinea at the 2018 Africa Women’s Cup of Nations in Ghana.

The Copper Queens and Nzalang Nacional will be hoping to avenge 4-0 and 6-0 defeats respectively at the hands of the Super Falcons.

The Super Falcons will launch their campaign against the Copper Queens, while Nzalang Nacional will face off with Uzbekistan in their respective opening matches at Gold City Sports Complex.