The Federal Executive Council (FEC) yesterday approved the National Quality Policy to stop rejection of Nigerian goods exported out of the country.

The approval which was given during the 31st virtual meeting also included N9 billion approved for the construction of various roads and power projects across the country.
Briefing newsmen after the meeting, Minister of Industry Trade and Investment, Chief Niyi Adebayo, said the essence of the policy is to ensure goods exported out of Nigeria are accepted in the countries they are being exported to.

According to him, “For a long time, Nigerian exporters have been suffering because of lack of quality of their goods. We felt that it was high time we actually have a policy which will create a situation whereby standard of the Nigerian goods that are exported would be raised, such that that rejection would stop.

“This policy will create a situation whereby the government and the private sector will be able to collaborate to set up quality testing centers, testing labs which we hope will have accreditation with international centers, such that any good that has been approved to have met the standard, would be of international standard.”

Adebayo said the council also approved the Nigerian/Hungarian Trade Agreement, and that the agreement between the two countries has now been ratified.

He further said the council also approved an N50 million variation of power contract in the Kano Free Trade Zone.

The memo, he said was on behalf of the Nigerian Export Processing Zone Authority.

Adebayo explained that a contract was awarded in 2018 for underground cabling for power project within the Kano Free Trade Zone but unfortunately it was not completed before certain specification changes were made.

Also speaking, Minister of Works and Housing, Mr. Babatunde Fashola, said the council approved the contract for the design and deployment of a contract performance and compliance for highway and road management system at the sum of N203, 845,332.50.

He said: “This is an information and communication technology device being procured by the ministry in order to improve its capacity to monitor not only contract performance but also maintenance of its roads and to empower not only its 36 controllers in each of the state of the federation but also, the six zonal directors to improve our service delivery.

“The importance of deploying the ICT now perhaps would be better appreciated when it is understood that we have over 13,000 kilometres of road networks at different stages of construction or rehabilitation as at the close of December 2020. And those 13,000 plus kilometres are manifest in over 700 different contracts.

He explained that upon full deployment, citizens would be expected to become an army of reporters providing the ministry with information so that it could respond more quickly to enquiries, adding that the ICT would be a web-based reporting and monitoring system.

The minister said the council also approved the ratification of the emergency roads repair done in Zamfara State in 2016 caused by heavy rainfall.

He said the rain had washed out Gumi Bridge, Dakitawa, Kebbi to Sokoto State border, and Gusau to Talata Mafara to Sokoto border.

He said: “The contract was awarded under the public procurement act in emergency situations as provisional contracts. So we had to go through the procurement process, file reports of completion and then come to seek ratification.

The Minister of State for Power, Mr. Goddy Jedi-Agba, said the council approved two months extension and the sum of N124.2 million for the variation of contract for the construction of sub-stations projects in Lanlate in Oyo State and Abeokuta in Ogun State.

He said: “The contract was awarded because of the typography of that area. The typography is tricky and so there is a need to upgrade and make the facilities usable and accessible by the people. So, if we have those two substations fixed, the transmission of power will be stepped up in that area and the whole of Ogun State and most of the South-west will have improved power.”

The council was also notified of the progress in the metering programme in the country. 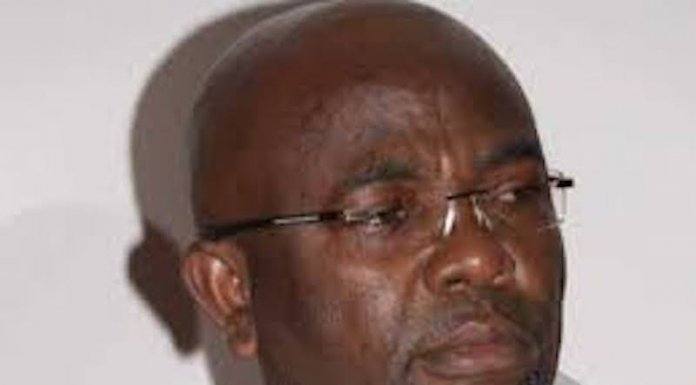