Between COVID-19 Vaccination and Air Travel 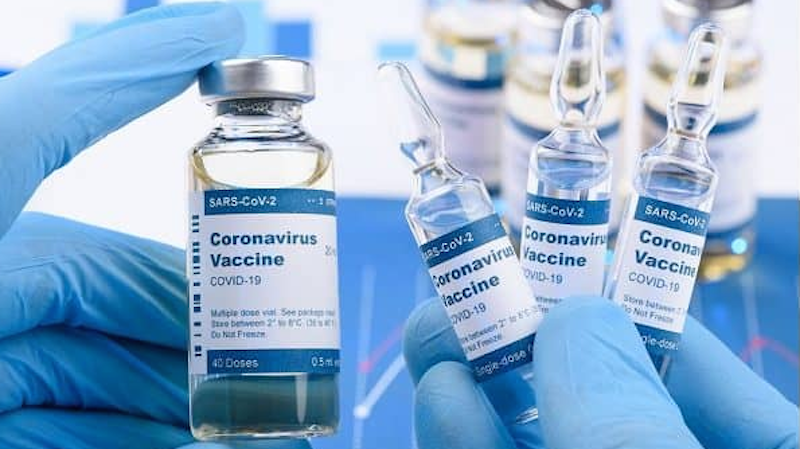 The introduction of COVID-19 vaccine may have raised hopes that air travel may rebound in 2021, even though there are doubts about the efficacy of the vaccines, writes Chinedu Eze

In 2020, many stakeholders in air travel were counting the days when drug manufacturers would announce the production and distribution of COVID-19 vaccine.
So, the world was elated when pharmaceutical companies announced the development of the vaccine and currently some countries are on the race to obtain the injection as much as possible to ensure that majority of their citizens are vaccinated.

In aviation circles it is believed that the vaccine will restore confidence in air travel, but the second phase of the virus appears to be more devastating with attendant lethal strains, which has left more people dead, petrified governments and led to selected lockdown in some countries.

Efficacy
Indications show that there is still doubt over the efficacy of the vaccine and questions are being asked about how long the vaccine would last in the body, whether the person who had taken it would be exposed to the virus in future?

But the World Health Organisation (WHO) believes that widespread vaccination for the coronavirus means that the virus would not infect as many people. This, the body said would limit spread through communities; as both Pfizer and Moderna reported that their vaccines showed approximately 95 per cent efficacy at preventing both mild and severe symptoms of COVID-19.

In Nigeria, the federal government has maintained its policy on air travel; that it would leave the borders open, saying that there is no restriction yet on air travel.

The federal government declared the resumption of international flights on September 5, 2020. International flights in and out of Nigeria are operating with appropriate safety protocols in place; and passengers traveling to and departing from Nigeria are required to log on to http://nitp.ncdc.gov.ng to complete a pre-registration form.

Principal Managing Partner, Avaero Capital Partners, Sindy Foster, told THISDAY that the COVID-19 vaccine is yet to provide succour and enhance air travel, stating that there was so much hype about the vaccine and many believed that once it was introduced it would bring back confidence in air travel.

This, he argued has not happened because the efficacy of the vaccine has not been guaranteed.
Foster observed that since the vaccine was introduced there have been different mutations of the virus and the hope that it would open air travel is dissipating as issues about the vaccines come to the fore.

“The West have oversubscribed for the vaccines and there is political shenanigans over the country that secures more vaccines for its citizens in Europe. Different vaccines have different efficacy so the decision to introduce vaccine certificate for air travel will be political. So it would take a long time before travel will begin to improve. We have a long way to go,” she said.
Foster noted that in the long run, some countries would insist that before anyone would travel the person must be vaccinated and some would even insist on particular vaccine.

“There are a lot of questions coming up. How efficacious is the vaccine? How long will it last? Will one brand of vaccine protect a person from different strains of the virus? We are not sure that the vaccine will prevent different mutations of the virus.

“There has been unsuccessful effort to develop vaccine for the flu, because flu has different variants, vaccine cannot prevent it. So we are not going to see improvement in air travel. A lot of people overestimated the efficacy of the vaccine,” she said.

Foster regretted that during the lockdown in Nigeria there was really no lockdown because flights were leaving and coming into the country.
“Nigeria has porous borders. When government closed the border, it did not really close the border. They closed the border to poor people because private jets were operating; some were even operating commercial flights.

“There should be rule of law. It is easy to control the citizens who are law abiding. We need three months of complete isolation of no movements and the virus will burn out. Since the vaccine was introduced they seemed to have stopped testing. They should do more testing along with the vaccine,” Foster said.

Businesslive.com has reported that South Africa President, Cyril Ramaphosa has called on rich nations that have bought and hoarded more Covid-19 vaccines than they need to release their excess supply for poorer nations, warning that failure to distribute them fairly risks prolonging the health and economic crisis battering the globe.

During his virtual address to the World Economic Forum (WEF) annual meeting on Tuesday, Ramaphosa kept to a similar theme as Chinese President Xi Jinping the previous day, stressing the need for global co-operation in tackling challenges from Covid-19 to the climate crisis.
Countries acquiring doses of vaccines up to four times what their populations need undermines the principle that nations needed to co-operate for their mutual benefit, he said.

Restrictions
Some countries have introduced levels of restriction in areas where there are high cases of coronavirus, as they double efforts to vaccinate as many of their citizens as possible.
Some of these countries and even airlines are considering introducing policies that would insist that inbound passengers must obtain COVID-19 vaccination certificate. There is growing resistance to this planned policy and some countries that have made such considerations obvious are being persuaded to drop the idea.

According to simple flying, Germany is thought to be considering a near-total shutdown of air travel, according to multiple reports. It comes as concern continues to grow with regards to new variants of the COVID-19 virus that are springing up around the world.
Germany is currently in the midst of its second lockdown, designed to deal with the second COVID-19 wave being spread around the country. While the number of cases is beginning to drop, the country’s lockdown is set to continue until at least the middle of February. The fear is that the UK’s COVID-19 mutation could soon become the dominant form of the virus in Germany.

Opposition
A report recently released by SchengenVisaInfor.com quoted WHO as saying that while many countries are planning to implement “vaccination passports” to facilitate the movement faster, ‘the Emergency Committee of the World Health Organization Committee (WHO) has stressed that the impact of vaccines on reducing transmission is not yet known and current vaccine availability is too limited, urging countries to refrain from imposing such requirements.”

WHO also called on the governments not to introduce vaccination or immunity requirements as a condition of entry for international travel, as according to the organisation, there are still some uncertainties regarding the effectiveness of vaccination.
“Being vaccinated should not exempt international travellers from complying with other travel risk reduction measures,” the WHO committee stressed during its meeting held on January 14.

However, the President of the European Union Commission Ursula von der Leyen has recently supported the idea to establish such document, which could be used by the EU Member States as a joint certificate to identify all persons who have been vaccinated against the Coronavirus pandemic and make their life easier.

Also a recent report by Reuters stated that the head of a global travel organisation opposed making COVID-19 vaccinations a requirement for travellers in the fight against the pandemic, despite scepticism about reaching herd immunity this year.
Several health experts said during the Reuters Next conference that the mass rollout of coronavirus vaccines would not result in enough people having immunity to be able to effectively stop COVID-19 from spreading.

Some policymakers have proposed immunisation should be compulsory for air travel as the world steps up the battle to curb the spread of COVID-19, and Australia’s Qantas Airways has said it plans to introduce such a requirement.

But, the chief executive of the World Travel and Tourism Council, Gloria Guevara said such moves would be similar to workplace discrimination.
“We should never require the vaccination to get a job or to travel,” Guevara, whose organisation represents a sector accounting for as much as 10 per cent of global employment, told a panel at Reuters Next.
“If you require the vaccination before travel, that takes us to discrimination.”

Free Travel
Also the International Air Transport Association (IATA) urged all branches of the European Union to support an initiative from Greek Prime Minister Kyriakos Mitsotakis to agree a common digital European COVID-19 vaccination certificate that would enable those who are vaccinated to travel freely within Europe without COVID-19 testing.

In an open letter to Ursula von der Leyen, President of the European Commission, and copied to key policy-makers across the EU, IATA Director General and CEO Alexandre de Juniac called on EU States to coordinate a policy that would see Europe safely gain the economic and social benefits of renewed freedom of movement, beginning with those who are vaccinated.

”Prime Minister Mitsotakis’ initiative should be urgently adopted by the Commission and all member states. Vaccination is a fundamental key to safely reopening borders and stimulating economic recovery. A pan-European mutually recognised vaccination certificate would be an important step towards giving governments the confidence to safely open their borders, and passengers the confidence to fly without the barrier of quarantine,” said de Juniac.

As the virus comes eventually under control, testing capacities improve and the vaccinated population grows, de Juniac stressed the need for governments to prepare for re-establishing the freedom of movement with well-coordinated planning. That planning should use the most effective combination of vaccination and testing capabilities.

“We are in very dark days of this pandemic. But the tough measures taken combined with accelerating vaccination programs must give us hope that we can safely re-establish the freedom of movement. That will save jobs, ease mental anguish, re-connect families and revive the economy. To do this safely and efficiently, planning is key. Prime Minister Mitsotakis’s proposal for vaccine certificates will be a key enabler.

“Progress on eliminating or reducing quarantines can be made with testing protocols. But what we need now is for governments to start working together much more effectively. Unilateral government actions were able to quickly dismantle global connectivity. Re-building will need coordination,” said de Juniac.