Limitation Bar: Applicability to Payment of Pension and other Terminal Benefits 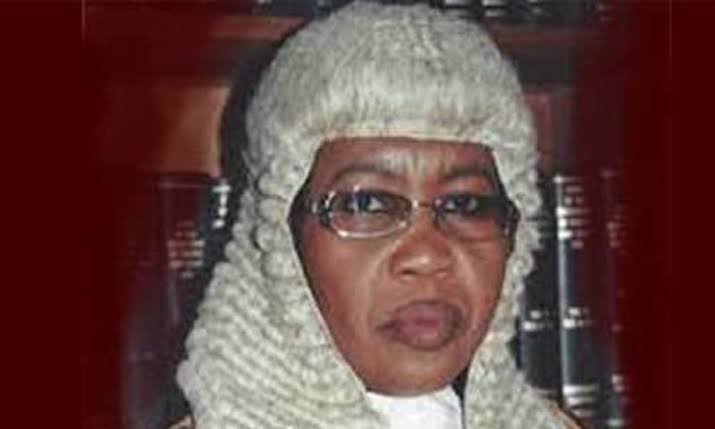 In the Supreme Court of Nigeria Holden at Abuja On Friday, the 5th day of June, 2020

Whether the terminal benefits of the Appellant are subject to Section 12(1) of the NNPC Act, 2004.

Counsel for the Appellant argued that the Appellant’s cause of action and his consequential right to sue the Respondent for his terminal benefits were not caught/limited by Section 12(1) of the NNPC Act, 2004, as the injury occasioned by the Respondent’s neglect to pay the Appellant his pension and medical benefits, was a continuing one.

The Apex Court reproduced the provisions of Section 12(1) of the NNPC Act, 2004 which provides that

“Notwithstanding anything in any other enactment, no suit against the Corporation, a member of the Board or any employees of the Corporation for any act done in pursuance or execution of any enactment or law, or of any public duties or authority, or in respect of any alleged neglect or default in the execution of such enactment or law, duties or authority, shall lie or be instituted in any court, unless it is commenced within twelve months next after the act, neglect or default complained of or, in the case of a continuance of damage or injury, within twelve months next after the ceasing thereof”.

The Court held that although Section 12(1) of the NNPC Act puts a bar on the time within which an action can be instituted against the Respondent Corporation for a completed act; the same Section however, recognised an exception; which is where the injury is a continuing one. Where the injury is continuous, the continuance of the damage or injury constitutes an exception to the general rule regarding time bar, thus, where there has been a continuance of the damage, a fresh cause of action arises from time to time, as often as damage is caused. Reliance was placed on INEC v OGADIGBO LOCAL GOVERNMENT & ORS (2015) LPELR – 24839 (SC); OBIEFUNA v OKOYE (1961) All NLR 357 at 360; NNPC v NWODO & ORS (2018) LPELR–45872 (CA) and OLAOSEBIKAN v WILLIAMS (1996) 5 NWLR (Pt. 449) 437 at 456-457 D-H.

The Court held that the completed act which could have been caught by the limitation bar under Section 12(1) of the NNPC Act, was the termination of the Appellant’s employment on 26th April, 2000, over which the Appellant’s right to sue the Respondent expired and abated in the following 12 months, in April 2001. The continuance of the “neglect or default complained of or, in the case of a continuance of damage or injury” to pay the Appellant his pension and medical benefits, constituted an exception to the general rule of Section 12(1) of the NNPC Act.

Furthermore, on the inapplicability of Section 12(1) of the NNPC Act and subsistence of the right of the Appellant to pension and medical care as provided in the Respondent’s Conditions of Service, the Court approved the decision of the Court of Appeal, per Obaseki-Adejumo J.C.A. in UGBECHE v NNPC (2016) LPELR-42033 (CA) in which His Lordship held that: “Section 173 of the 1999 Constitution relates to the protection of pension rights….Section 210(1) and (2) provides… simply that pension or gratuity should not be withheld under any circumstance, thus the permission of Section 2(a) of the Public Officers Protection Act will not be applicable to the claims of the Appellants. It is inhumane and wicked for a retiree or pensioner to be denied his pension or gratuity when he ought to enjoy same, and when he ought to be enjoying the fruit of his labour. The 1999 Constitution vide Section 210 is to the effect that, pension or gratuity shall never be withheld under any guise or condition that is not clearly stipulated”.

The Court laid particular emphasis on the part of the decision where the Court of Appeal held that: “The Appellant’s claim herein is a claim bordering on terminal benefits, to wit, pension and gratuity… “Pension is a serious matter. It is designed to cushion the retiree from the hardship of life in retirement, and to also serve as a reward for the retiree’s past meritorious service to the employer. I am therefore, of the firm view that the decision of this court in POPOOLA & ORS v A-G, KWARA STATE & ORS is applicable to the instant appeal, to the extent that in so far at the Appellant’s claim as reproduced above relates to pension and gratuity, Section 12(1) of the NNPC Act cannot apply to bar the Appellant from instituting an action on the ground that same is statute barred. In this regard, Section 12(1) appears to be inconsistent with Section 173 of the 1999 Constitution which safeguards every citizen’s pension and gratuity rights.”

Relying on its decision in NIGERIAN PORTS AUTHORITY v CONSTUZIONI GENERALI FARSURA COGEFAR SPA & ANOR. (1974) 1 All NLR (Pt. 2) 463, the Apex Court held that since the suit or relief sought by the Appellant was not against the termination of his employment, which suit or right would have abated 12 months after the termination of his employment on 26/4/2000, that is since 26/4/2001; the right to pension and medical benefits having been earned and owed as contained in the Respondent’s Conditions of Service, the action cannot be said to be statute barred.

A. Manta, Esq. for the Appellant.