Rotary Club  to Tackle Open Defecation in Lagos 45 mins ago 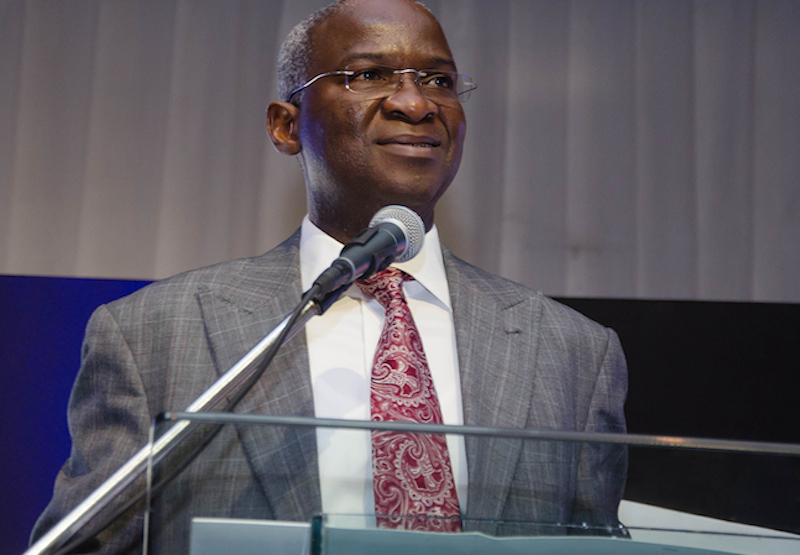 Stories by Emmanuel Addeh in Abuja
The Minister of Works and Housing, Mr. Babatunde Fashola, has stated that the ongoing 43 road projects in various universities in the country will provide the right environment for quality learning in the benefitting institutions.

Fashola, who spoke while handing over a two kilometre internal road project which the ministry rehabilitated and reconstructed at the Federal University of Agriculture, Makurdi, Benue State, noted that the infrastructure gap in the country was steadily being bridged by ongoing repairs, renewal and construction of major highways.

The minister who was represented at the event by the Federal Controller of Works in Benue State, Mr. Charles Oke, added that the road intervention project had not only impacted on the condition of learning in the schools but had also created jobs and generated employment for Nigerians.

“It is undebatable that quality of education will be impacted by the quality of infrastructure and learning environment and those who doubt it should simply listen to some of the feedbacks from students in the schools where this type of intervention had taken place.

“There are currently 43 road intervention projects within tertiary Institutions across Nigeria being executed by this ministry. The students are expressing renewed enthusiasm with regards to attending classes because some defective roads have been restored to good condition,” he stressed.

Fashola urged the school authority to take ownership and ensure that the road asset was properly utilised, assuring that the federal government would do more for the development of its institutions.

Vice Chancellor of the institution, Prof. Richard Kimbir, in his comments, said the commissioning of the road project came less than two months after a 8.25MW Solar Hybrid Power Plant was commissioned in the school.

“The eloquent message from these projects is that the gap in infrastructural needs of the university is being steadily bridged by this administration. The university is really deficient in the quantum and quality of adjectives to convey her true feeling of gratitude and happiness.

“The positive impact of this project on campus life is highly invaluable as it addresses infrastructural needs of the university with direct bearing on the quality of learning environment, easy movement on the campus for staff, students and members of the host community,” Kimbir noted.

He added: “The commitment of the university is that the infrastructure would be protected for maximum utilisation. Suffice, however, to state that many more of such campus roads are crying for rehabilitation.
“It is imperative to say that these campus roads have not been maintained since inception of the university over the last three decades.”
In attendance at the ceremony were traditional rulers and some members of the university governing council.