Osimhen, Five Others Return to Napoli Training  16 mins ago 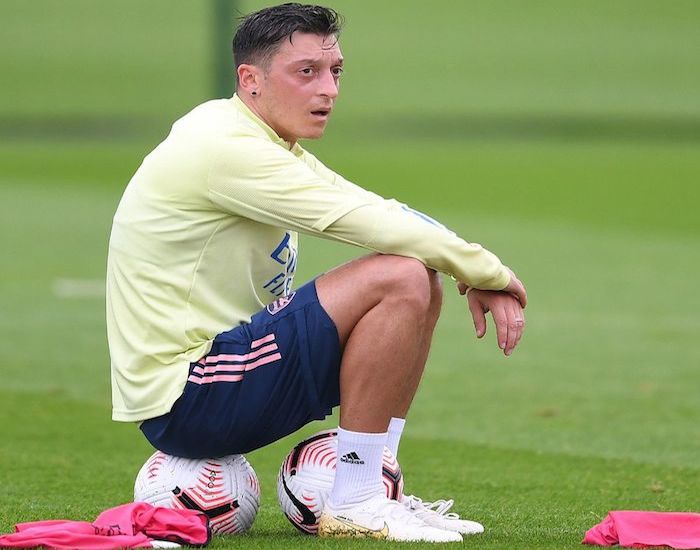 Mesut Ozil insisted yesterday that he will be a “Gunner for life” after completing his free transfer from Arsenal to Fenerbahce.

The 32-year-old former Germany midfielder has signed a three-and-a-half-year deal with the Turkish side.

He won three FA Cups with Arsenal and scored 44 goals in 254 appearances in all competitions for them, but has not played for the first team since March.

“It is difficult for me to put into words the love I feel for the club and the fans,” Ozil said in an open letter.

“How could I possibly describe eight years of gratitude in a single letter?

“I will be a Gunner for life – no doubt about that.”

He added: “Arsenal is a club of class and prestige, something that I felt every time I walked on to the pitch.

“Players, staff and management always come and go – but the club’s values and fans will remain forever.

“The principles of class, respect and dignity must never be forgotten. It is the responsibility of every single person from the club to make sure they carry out their job in the name of these values.”

Ozil joined the Gunners from Real Madrid for £42.4min 2013 – then a club record transfer fee – and made an impressive start as they won the FA Cup in his first season to end a nine-year wait for a trophy.

He made 32 appearances in the 2014-15 season, despite missing three months with a knee injury, and won the FA Cup for a second year in a row.

In the following season he produced 19 assists in a single campaign, only one short of the Premier League record, now jointly held by Thierry Henry and Kevin de Bruyne. He also became the first player to create a goal in six consecutive matches and was named Arsenal’s player of the season.

But, in September 2017 Ozil was forced to defend his performances for the club and urged critical former players to “stop talking and start supporting”.