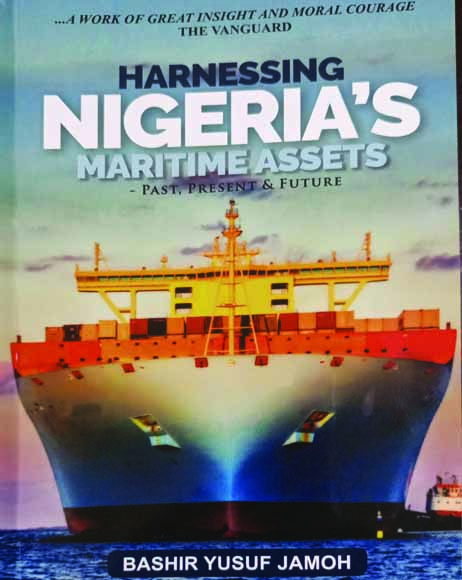 A Transcendent Think Tank of a Book

This book, Harnessing Nigeria’s Maritime Assets: Past, Present and Future, by Bashir Yusuf Jamoh, would easily rate as one of the seminal presentations of our age, given its sweeping, yet precise and focused attention, first, to the age-old question of diversifying the Nigerian economy and, secondly, to the author’s persuasive argument that what he calls “The Blue Project” is where we must turn to revive our dimming socioeconomic fortunes and recover “colossal waste and missed opportunities.”

Then, as he unveils the pages, Jamoh conducts the reader through a maze of muscular writing to affirm the comprehensive power of the oceans, which modern man appears to be marginalising. But in the chapter dealing with Historical Perspectives, the author says this relegation of the seas is only a recent development. It was not always so. According to Jamoh, in this scholarly aspect of Harnessing Nigeria’s Maritime Assets that takes you through the past, there were great ages that respected and exploited the potential of the waters. He refers to voyages by history-making European sailors, the slave trade, the phase of imperialism, made “possible on the strength of the effective mastering of the art and science of navigating the sea”, and the achievements of King Jaja of Opobo as a result of the network of waterways that opened up trade to the outside world.

Long before then, Jamoh writes, that was the experience of the ancient Chinese. He refers to the “case of the Tang dynasty of 618 CE to 907 CE, the Golden Age of Chinese reform and cultural advancement all made possible by the dominant strength it exercised over the waters.”

Against this background the Director-General of Nigerian Maritime Administration and Safety Agency (NIMASA) builds the unchallengeable proposal: “Nigeria’s maritime sector is humongous. It is capable of generating over N7 trillion annually (which is over75 per cent of the 2018 budget) and creating 40 million jobs.”

But, alas, Jamoh laments, “What has not been adequately explored is the subject of harnessing Nigeria’s vast assets.” The forte of his book is that it is not a platform for complaining about a bad past, sad present and bleak future. The nationalist, realist, and optimist that he is, and given his position as the chief executive officer of a foremost industry parastatal, Jamoh offers priceless suggestions on how to leverage the limitless resources of Nigeria’s maritime environment for competitive economic advantage. He draws unsparingly from his own rich background in the field.

The author identifies Nigeria’s huge maritime assets: bodies of water, coastline, and waterways, water-related enterprises, skilled seafarers, dockworkers, ICT experts, marine engineers, etc. He urges a multidisciplinary approach to harness this huge reserve of latent qualities to grow the society and its people beyond the current levels. Jamoh is not just presenting private opinions. He relies on several authorities and personal experiences of his interface with the system.

It is the reason the chapter on the country’s maritime assets is the longest. He writes boldly, passionately and patriotically, leaving nothing unaddressed as he pleads that we are sitting atop inexhaustible riches. This is what Jamoh unearths: “The potential of the maritime sector in rebooting the Nigerian economy cannot be overemphasised…
“In an exhibition of the industry held in 2015, the industry was projected to grow with an attraction of a lot of investors as the Nigeria maritime potential was spotlighted alongside Brazil, Russia, India and China.”

Why hasn’t Nigeria matched or approximated the heights reached by these maritime powers? Jamoh believes the country has hardly empowered the institutional regulatory bodies in the sector. He is asking for what he refers to as “institutional frameworks” that have clear mandate, even if their functions overlap, as to how each agency would creatively identify with the vision of the Blue Economy or Project.

So what can be done to ensure a safe future for the maritime world? Beleaguered by the impediments highlighted above, must it be led into the next generation with the same drawbacks that have not allowed it to fly? Shouldn’t the present generation guarantee it a safe landing into the future by ridding it of what is making it incapable of being useful to the nation and its people?

Jamoh’s informed take: “Increasingly, as gathered from consistent stakeholder views and advocacy over the last two years, there appears to be a trending that is more in favour of lesser state-dominated sector with state actors playing largely enabling roles for a partnership with the private sector to thrive within the context of bias for the national interest. This seems to be the way to go.

“Diversification of the economy entails the idea of bringing the needed expertise and sourcing private participation and capital to be invested in the infrastructural development of the maritime industry.”
There’s a harvest of recommendations in Jamoh’s Harnessing Nigeria’s Maritime Assets to guide the government and industry players to create a sector that would make Nigeria of the Millennium Generation. The NIMASA boss groups them into what he terms, “The Enabling Triangle.” These are Governance, Maritime Infrastructure Development, and Maritime Security. He depicts these demands with an illustration where all dovetail into each other, to suggest that they none can stand independent of each other.

It is a salutary conclusion to a book I prefer to see as the work of a think tank, a group of experts, because of the extensive nature of its references, charts, tables of statistics, and treatment of the subject from the point of view of a professional’s dispassionate lens.
Jamoh’s Harnessing Nigeria’s Maritime Assets is strongly recommended to our leaders as they ponder over the inevitable path of diversifying our economy. 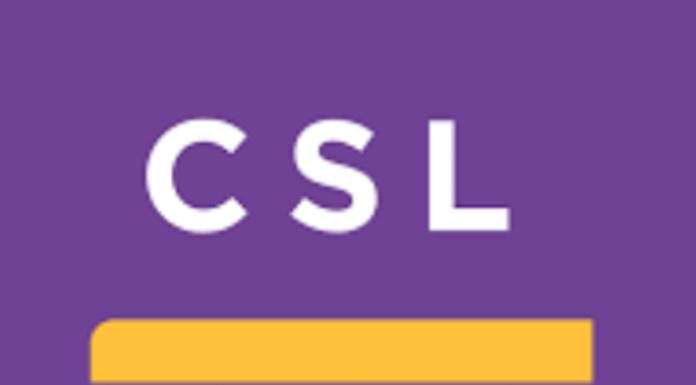