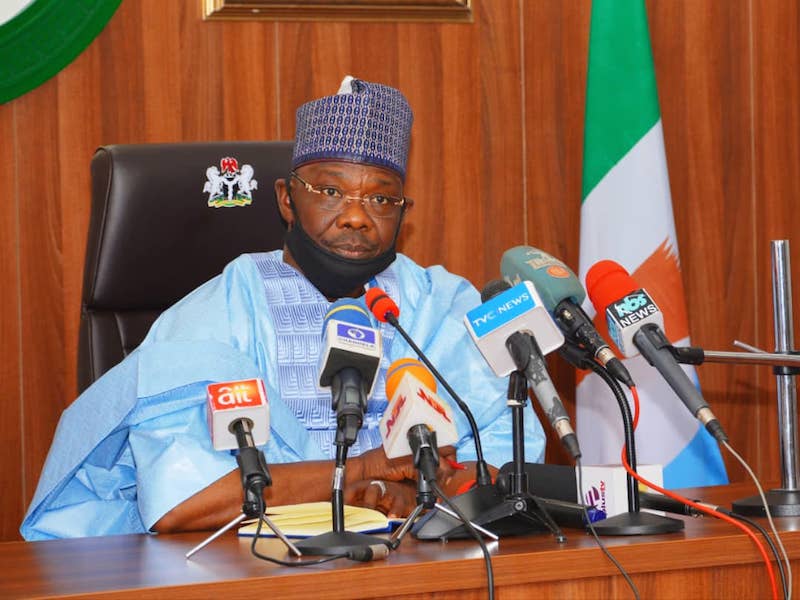 Boko Haram insurgents appear to have extended their operations outside the North East geo-political zone to the North Central as Governor Abdullahi Sule of Nasarawa State cried out loud yesterday that the insurgents are currently terrorising the people of the state.

He, however, said a joint military operation recently carried out at the group’s camps resulted in the killing of several Boko Haram insurgents and arrest of 900 others.

Sule, in an interview with journalists after a closed-door meeting with President Muhammadu Buhari at the State House, explained that though the terrorists had been dislodged from Toto Local Government Area of the state where they had camped, they have now regrouped at the Nasarawa/Benue border from where they are now launching attacks on residents.

He stated that the purpose of his visit to the President was to discuss the insecurity situation in the state among other issues, including the possible federal government take-over of Jitata Road, which serves as an alternative route from the state to the Federal Capital Territory (FCT).

According to him, the Nasarawa terrorists belong to the Darussalam group that had been dislodged from Niger State.
He added that upon a joint security operation, a lot of them were killed while 900 were arrested while those arrested confirmed their membership of the Boko Haram terrorist group.
Asked how he was able to identify the terrorists as Boko Haram members, Sule said: “First and foremost, it was easy for us to know who these people are. If you remember, they used to gather at a place called Utu in Toto Local Government Area (LGA).

“When I came here the last time, I appealed to Mr. President. Then, the Department of State Services (DSS), the Police, the Air Force, and the Army had a joint operation and they were able to dislodge them.
“When they dislodged them, a lot of them were killed. Some of them ran away and left members of their families. We took hostage about 900 members of their families in Lafia, including children and wives.

“The Special Forces which we have in Doma, Nasarawa State, took the hostages. A lot of interrogations were done and most of them confirmed that they were indeed Boko Haram. In fact, they gave us the name of the person who used to be like the second-in-command to Shekau.

On the fate of Boko Haram members arrested in the state, the governor explained: “When we took the hostages, actually, we had to disperse them. A lot of them were families of different people in the country that were kidnapped. In most cases, when they kidnap women, they marry them off. We had a lot of kidnapped women that were married off. We released them back to their various States and families.

“We got people from about 17 States. A few of them were from Niger Republic. We handed over those from Niger Republic to DSS. We handed over those from States to their various governments through DSS offices in their domains.”
Commenting on his meeting with Buhari, the governor said: “I have come to see the leader of our party, the leader of the nation, and our father, Mr President, to brief him about some of the activities happening in my State, especially first in the area of security that we continue to have challenges with a team of Boko Haram who had settled at the border with the FCT. And we thank the security forces that they have been able to dislodge them.

“But now, they have gone back and gathered at our border with Benue. And they are causing a lot of havoc. Therefore, it was an opportunity as Mr President wanted to know and I briefed him. I strongly believe that just like decision was taken last time to take care of this issue, another decision will be taken.”

Sule said he was also at the State House to appreciate the President for acting on the request of the Nasarawa State for more assistance on roads.

He said: “We used to have one way in one way out. It is the same way you go through Mararaba, Karu, Nyanya, all the way to Keffi. But with the support of the Ecological Funds and the approval of Mr President, we now have another route that comes from Uke, Karshi, coming back to Abuja. A lot of people are passing through that area.

“But what will solve the problem once and for all is if we have additional route from Gitata, Panda, Guruku, and Mpape. That one will solve two of our problems. One, it will go ahead to reduce the traffic jam along these two routes that we have at the moment. And it will also open up the area for development.

“In fact, you can call that another Maitama because it is very close to Maitama. So, we came specifically to appeal to Mr President to take over that road. The state government is doing its best to see how we can maintain the road. The road ends up at Guruku and comes back straight to Mararaba again. If the federal government takes over, it will go all the way to Mpape (in FCT).

“The government actually discussed it once at exco meeting and took a decision. I came to see if we can expedite action towards the commencement of that work so that we can create another road.”

The governor said he also used the opportunity of the visit to inform the President about the steps his administration was taken in Nasarawa State and sought additional support that will help the state tackle COVID-19 pandemic.

His words: “This time around, the second wave of the pandemic is really taking lives and we are worried about it. But we are doing the best we can do to see if we can contain it be taking several steps that we relaxed in the past.”