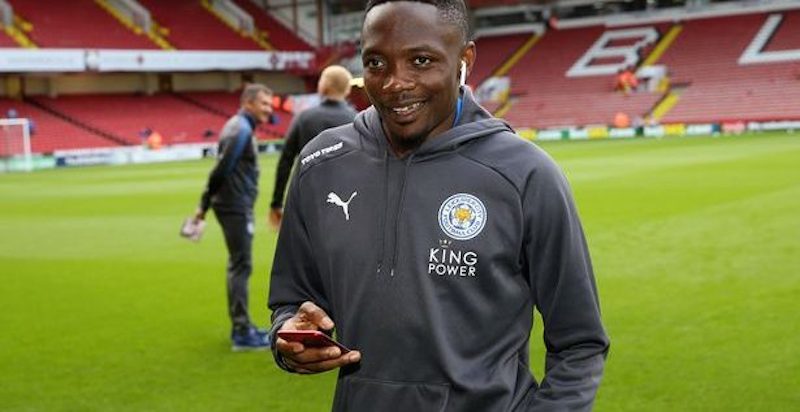 Super Eagles Captain, Ahmed Musa’s future will be decided in the coming days as his camp are in talks with two Premier League clubs, CSKA Moscow and Turkish teams.
West Brom have reignited their interest in Musa and are mulling over a late swoop for the former Leicester City player.

The Baggies were on the brink of signing the pacy striker on loan in the summer transfer window, only for Al-Nassr to pull out of negotiations at the last minute.

Discussions between Musa’s representatives and West Brom are only in the early stages with Sam Allardyce eager to sign a striker this month.
Allardyce has made it clear his striker will come from abroad, with the Baggies recently pulling out of talks with Benfica over Haris Seferovic.
Burnley are the other English Premier League team to have made contact to discuss a potential deal but again talks just started.

Musa could be returning for a third stint with CSKA Moscow as he has a contract offer from the Army Men on the table, while two big Turkish teams have expressed an interest in his services.
The 28-year-old has reiterated that his priority is to move to the English Premier League, putting West Brom and Burnley in pole position for his signature if an agreement can be reached.

It would be recalled that the Nigeria captain had earlier been linked with a move to Championship club Sheffield Wednesday, which Musa played down, insisting he wants a return to top-flight football instead.
“I don’t know where the story of a potential move to Sheffield is coming from because I don’t pay attention to rumours and gossip,” Musa told BBC Sport Africa.

“With due respect to the club, I left Saudi Arabia to continue my career at the top level in Europe and that’s the ambition.” Musa scored 11 goals and provided 14 assists in 57 matches, helping Al Nassr, whom he joined from Leicester City in summer 2018, to the Saudi Pro League and Super Cup titles.

He achieved success in Russia with CSKA Moscow where he won three league titles and added three domestic cup titles, before switching to Leicester City for a club-record fee in July 2016.

The pacey forward failed to establish himself with the Foxes scoring five goals in 33 matches, with the highlight coming on loan at CSKA where he scored six times in 10 appearances at the Russian club – three times more than he managed in his 21 Premier League appearances, before his move to Asia.

“For some reasons things didn’t actually work at Leicester, but you can’t focus too much on the past,” he said.
“I’d rather try to write a better story if another opportunity to play in the Premier League presents itself.”
The 28-year-old last played for Nigeria in November, captaining them in qualification games for the African Cup of Nations against Sierra Leone twice.

In this calendar season, Musa hasn’t exactly caught the eye – only scoring twice in his 825 minutes of action for club and country.
The 28-year-old last played for Nigeria in November, captaining them in qualification games for the African Cup of Nations against Sierra Leone twice.

In this calendar season, Musa hasn’t exactly caught the eye – only scoring twice in his 825 minutes of action for club and country.
He helped the Super Eagles win the 2013 Africa Cup of Nations and played for them in the past two World Cups
Musa scored twice for Nigeria at the 2014 and 2018 Fifa World Cup tournaments to become the country’s top World Cup goalscorer.