Crime has no ethnic face. When criminality is defined according to ethnic origin or religion, social cohesion is threatened. There are people of criminal inclinations in every group, race, place and religion. In fact, we defeat the fight against insecurity if we lend ourselves to ethnic prejudices. The insecurity devouring Nigeria affects everyone – Igbo, Hausa, Fulani, Yoruba, Idoma, Jukun — and people of different religions. The criminals pillaging the country do not select victims based on ethnicity and religion. The devourers only come to steal, kill and destroy.

A few days ago, bandits invaded the home of Professor Aliyu Mohammed at Wusasa in Zaira, Kaduna State. They kidnapped him, killed his young son and shot his brother – not minding his religion or ethnicity. There have been countless cases of attacks on commuters on Abuja-Kaduna road. The victims of these attacks have been Nigerians of all shades and contours.

These bandits do not even spare their own kin. Mohammed Adamu, a suspected kidnap kingpin, had to pay N1.5 million ransom to a rival kidnapping gang led by one Buba Babu when he was abducted. Adamu ‘’was held and shot in the hand until his gang members paid a ransom of N1,555,000.00 only for his release’’. We have to see these pillagers purely for what they are – criminals from Hades born without a soul.

The evils of these vultures on citizens in the north could escape ethnic tinctures largely because of the false perception of ‘’na dem dem’’, but in the south they are spurring divisiveness and atavistic prejudices. As a matter of fact, many families are in mourning. Many have lost loved ones to the Mephistophelian enterprise of bandits. So, it is natural for Nigerians to be angry. I recall the killing of a young agro-entrepreneur in Oyo whose life was extinguished by his abductors after his family had paid N1.6 million ransom — such a tragedy. The killing of the daughter of Pa Fasoranti and a first-class traditional ruler in Ondo is still fresh. These are very depressing incidents.

Really, Nigerians have a right to defend themselves against certain death. The constitution guarantees this. But what the constitution does not sanction is the profiling of any citizen based on ethnic origin or religion. So, we should not make the problem of banditry an ethnic one. These are criminals who will leisurely kill their own kin for ransom.

Again, Nigerians are angry. I am exasperated. I believe everyone has been affected – directly or vicariously — by the machinations of bandits. I have been affected. But we must work concertedly in addressing this challenge. We should not stigmatise or isolate any group. To tame this beast every group and stakeholder in the Nigerian corporation must be involved. We are all affected. But when there is discordance and divergence of purpose among those who should come together to fight this common enemy, the pillagers will continue to hold sway.

On Monday, Rotimi Akeredolu, Ondo state governor, ordered all herders to vacate the state’s forests. I construe his action from a point of helplessness. The governor is tired of the killings and abductions in his state. He is the chief security officer of the state but he cannot marshal the police or the army to black out the nightmare in Ondo. He lacks the constitutional power to do so. One of his closest staff has been a victim of these devourers. The wife of his chief of staff was kidnapped in November 2020. A first-class traditional ruler, the Olufon of Ifon was killed by bandits in the state. And there have been jarring cases of kidnapping and murders. So, it is only natural that the governor acts to check the slumping of his state into a kidnappers’ paradise.

State governors are helpless. What options do they have? Kayode Fayemi, governor of Ekiti State and chairman of the Nigeria Governors’ Forum, publicly lamented that governors were ‘’frustrated and tired’’ over the parlous state of security. The Buhari government has failed to secure the country, hence the resort to panic remedies which impede national cohesion by governors.

But we must take caution not to tinge the enemy in brushstrokes of ethnicity. Asking all herdsmen who congenitally take to the forest to vacate the forests of Ondo comes off as ethnic targeting. The intentions of the state government may be genuine but we live in a divided and delicately unbalanced country. Nigerians have a right to reside anywhere they want to.

Let us not make banditry about ‘’all herdsmen’’ or any ethnic group. 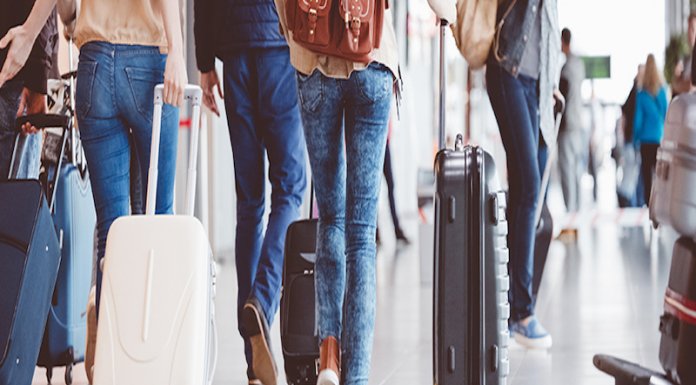