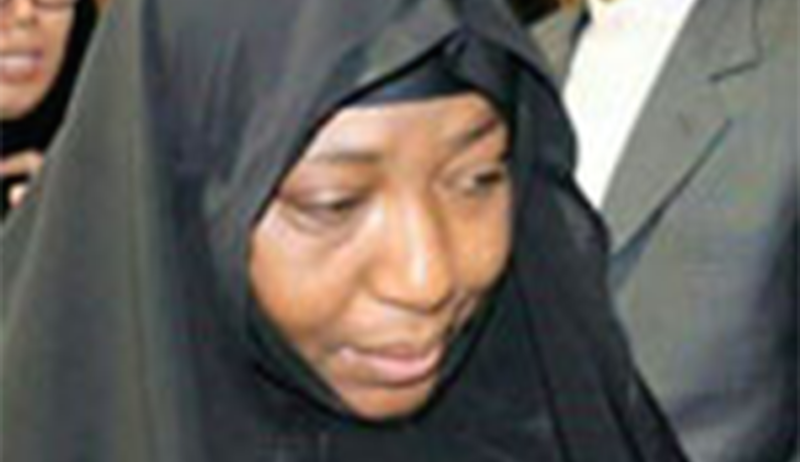 Zeena Ibraheem, the wife of the leader of the Islamic Movement of Nigeria, Sheikh Ibrahim El-Zakzaky, has contracted COVID-19 in prison at a correctional centre in Kaduna State

In a message titled, ‘COVID-19 Hits Kaduna Prison, As My Mother Tested Positive’, El-Zakzaky’s son, Mohammed, said his mother had also lost the ability to smell.

According to the message, “Six days ago after a routine visit to the Kaduna State prison by my parent’s doctors, my mother complained of fatigue, fever and a complete loss of the ability to smell. The doctors decided to carry out a number of standard tests in order to understand what the problem was.

“Among the tests that were carried out was a test for the novel corona virus also known as COVID-19. This was a routine procedure and it is important to understand that she has been denied treatment for acute medical conditions including severe arthritis of the knee for years now.

“The COVID-19 test came back positive… Once I heard of the result my first act was to ensure that it was tried, tested and confirmed. I expected that following our risky entrance into the predictable petri dish of Kaduna State prison for what it is; the person in charge of Kaduna State prison will officially do his job.

“And must inform the State Governor Nasir el-Rufai and the chain of command that the current campaign of torture, extortion, corruption and murder has come to this and my mother Zeenah Ibraheem needs to be immediately hospitalised. This has not been done and so I have no choice but to scream the details out.”

Mohammed said the deputy comptroller in charge of the prison, granted unrestricted access for all medical staff to deliver primary care to his mother.