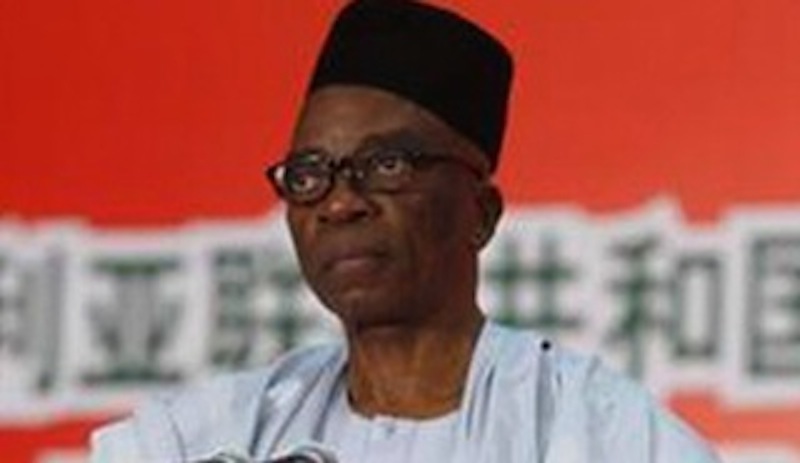 Ogun State Governor, Prince Dapo Abiodun, on Sunday, commiserated with family, friends and associates of fomer Minister of State for Finance, Senator Jubril Martins Kuye, who passed on Sunday at 78.

The gvernor said the demise of the former Minister of State for Finance marks the end of an era and significantly underscores the depletion of the rank of elder statesmen, men of faith and progressive politicians in the country.

A statement issued in Abeokuta by his Chief Press Secretary, Kunle Somorin, quoted the governor as saying, “I have personally lost a great pillar of support, who offered useful advice to advance my political career”.

“I am yet to come to terms with the passage of Senator Jubril Martin-Kuye, because this is one death that inflicts not just a deep pain, but one that will linger for long, and a loss of immeasurable proportion for me as a person, to his immediate and extended families as well as the political establishment he belonged”, the statement said.

Describing the late former Minister of State for Finance as a consummate politician, a boardroom guru and entrepreneur, Governor Abiodun said, the death of Senator Martins-Kuye was a huge loss to members of his family and progressive politicians in the country.

“This is one death too many. It has not only depleted the rank of progressive politicians and elder statesmen, it has also succeeded in taking away a source of inspiration to many, an elder statesman who priotizes the unity and success of the nation. JMK was a mentor to a vast array of many promising businessmen and politicians. He was very cheerful and charitable. With his death, many dreams would have been shattered because his charitable activities gives hope and live to them. Indeed, a colossus has taken a bow, an orchestra has been terminated and curtain drawn on an era”, he said.

“He usually offered useful advice with his persuasive charm, sense of humour and prodigious intellect. We had hoped that he would be with us much longer to benefit more from his fountain of knowledge”, Governor Abiodun said, adding that but “God had a different plan and as people of faith, we take solace in the knowledge that from Him we come and unto Him is our return”.

The Governor urged the bereaved family and associates to take solace in the good life he lived and pray that Allah forgives JMK’s mortal sins and admit Senator Jubril Martins-Kuye into Aljannah Firdaus.