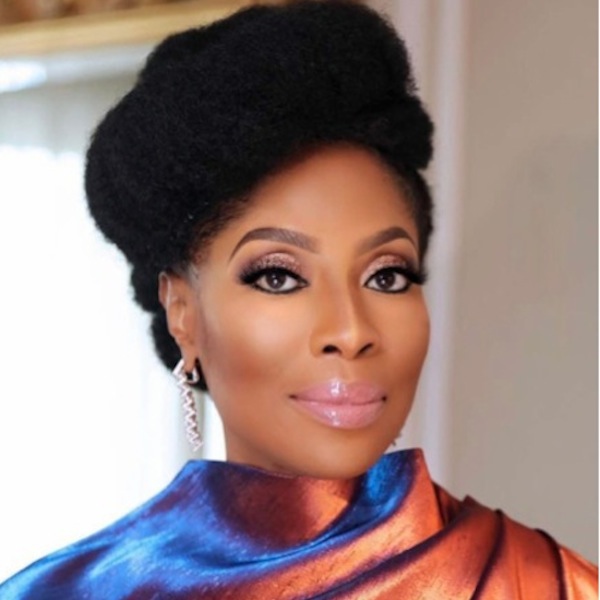 It was supposed to be a grand comeback to Instagram after his account was deleted by the social media platform in December. A user reported it as spam since 2018. To an extent, it was. Tunde Ednut, music artiste and social media influencer announced his return to the platform on Sunday amidst fanfare. He strolled into the platform majestically with a dapper picture of himself and a new username @kingtundeednut to signal his royalty. Celebrities like music artiste and producer Don Jazzy, Nollywood actress Yetunde Bakare were among those who campaigned to followers to follow Ednut’s new Instagram handle. Within four hours, he gained 500,000 followers, expanding his ego to a new height. To keep the momentum, Ednut announced giveaways for his fans which included a car and N1m cash. His target was to reach one million followers.

But like an action thriller film, Instagram pulled a surprising stunt on Ednut, suspending his account again as he hit the one million mark on Wednesday. Within minutes, he was a trending topic on Twitter. Tweets such as Instagram 2-0 (the 0 referring to Ednut) were ubiquitous. Bakare who had earlier posted a shot of Ednut’s profile page deactivated her comments section when users bombarded her with questions about the account. The account was later restored but the followers, posts, likes? Vanished. As of the time of filing this report, the account is yet to boast of any post or follower.

His ordeal was celebrated by his detractors who relished every second of schadenfreude. Ednut, known for his bluntness, use of foul language, and acerbic statements has acquired more enemies than his mink coats. Not a few see him as a bully and a failed musician. His loyal fans, however, are stuck on him like glue. Ednut’s encounter with the social media platform is among the recent trend by big techs.

Following the attack on America’s Capitol Hill by some of President Donald Trump’s supporters, Facebook, Twitter, and other platforms banned the president on their platforms over concerns that his posts were inciting violence. Twitter particularly fuelled Trump’s emergence and was his main digital megaphone. For long, there have been calls to control Trump’s influence on the platform as many deemed his information misleading and inaccurate. However, by these platforms banning Trump, a dangerous shift of political power has emerged. The power is no longer in the hands of the content producer but in the hands of the platform owners. Free speech is no longer free and not regulated by the government but by big tech oligarchs.

Like Trump, Ednut may have to find another digital megaphone or will he make another effort to reclaim his kingdom?

Mo Abudu Insists ‘Òlòturé’ is Not Ovuorie’s Life Story
The unfolding copyright infringement drama between media mogul Mo Abudu and investigative reporter Tobore Ovuorie over Abudu’s Netflix film ‘Òlòturé’ took another twist recently. Following a lengthy interview by Ovuorie, detailing how the film depicted the trauma she went through investigating the sex trafficking report that was published in Premium Times in 2014, Abudu did a nearly 10-minute video on Instagram, denying the claims and insisting that the ‘Òlòturé’ is not the life story of Ovuorie while accusing the reporter of blackmail and extortion. Thus, she is ready to go to court or have an appropriate conversation but will not succumb to threats.

“If there is one thing I stand for, it’s about integrity, working hard, and standing up for what I believe in. We’ve not exploited Tobore or anyone else and we will not be exploited. The facts are clear. We have everything in writing. And we’re prepared to defend ourselves against baseless attacks and legal challenges. We will not be intimidated because of the financial success of ‘Òlòturé’.”
The EbonyLife Films founder also claimed they both had an understanding before the release of the film which included a five per cent proceeds to Ovuorie’s organisation and a pre-screening of the movie.

Before contacting Ovuorie, Abudu said she reached out to Premium Times, her employer at the time.
“Premium Times Services Limited, publishers of Premium Times has disclosed that journalist Tobore Ovuorie cannot lay claim to the copyright over the investigative report which belongs to them. According to the Premium Times editor-in-chief, Mr Mojeed, only the media company and their partner on that project, Zam Chronicles, can lay claim to the copyright of that report based on Nigeria’s copyright law. We sought and obtained the rights from Premium Times, the owners of the story. As such, we fulfilled our legal obligations and do not take kindly to suggestions stating otherwise.”

Abudu went on to share text messages between her and Ovuorie, indicating that the two had a somewhat cordial relationship. She disclosed that she had financially assisted Ovuorie when the latter lost her dad.
The media entrepreneur reiterated that ‘Òlòturé’ “is a story inspired by true events and involving the work of scriptwriters, the development of characters and locations, situations, and occurrences that were created by our writers. Certain incidents in ‘Òlòturé’ are similar to what happened to Tobore and this is why she was given credits. But it could never be her life story as claimed.”
In a statement last Wednesday, Ovuorie fired back at Abudu, saying she was never given full disclosure from the onset.

“EbonyLife claimed that the right to use my life story was legally obtained from my erstwhile employer – Premium Times. Unfortunately for them and as I had earlier informed them through my lawyers, the human trafficking investigation in my story had commenced prior to my employment with Premium Times.
“It is disheartening that Aunty Mo could mention that she got the right to my life-story from my ex-employer. I am in shock that she would claim that I was contacted prior to the movie in one breath and in another that the story is not about me but about several other faceless journalists who had done what I did but did not publish experiences.

“If EbonyLife had given me full disclosure from the beginning, we would not be where we are, at this point. ‘Òlòturé’ is an adaptation of my work and life-story. I experienced the investigation, the process, and the risks, upon which the movie is based. I also single-handedly authored the publication the movie relied on,” she insisted.

She clarified that she never asked Abudu for money, thus, the cash gift the media mogul sent to her during her father’s passing, in hindsight, now calls for scrutiny.
“Aunty Mo’s claim that I am doing this because of money and because ‘Òlòturé’ travelled far is another deliberate attempt at mischief. The question is whether the decision to tag this movie a fiction was a deliberate attempt at maximizing profit? The allusion to the fact that my claim for compensation was outrageous when I am claiming infringement of intellectual property rights, shows that a lot needs to be done in terms of re-orientation for the entertainment landscape in Nigeria,” she argued.
With the back and forth between the two parties, the war on ‘Òlòturé’ is not likely to end soon.

Kim Cattrall Still Takes the Shine in Sex and the City Reboot
Many headlines that carried the news of the HBO production Sex and the City reboot (including this one) focused on one key character, Kim Cattrall who is not part of the comeback plan.
Cattrall played Samantha Jones one of the lovable characters of the show which aired its last episode 17 years ago and followed the lives of four female friends living their lives in New York.

Cattrall’s absence resurrects an age-old feud between her and the show’s leading character Sarah Jessica Parker. According to a New York Post report in 2017, there was off-screen tension between Cattrall and her co-stars particularly Parker. In 2018 when Cattrall lost her brother, Parker sent condolences to her which the former rejected in an Instagram post that clearly stated that Parker wasn’t her friend or family.

With Cattrall not part of the 10-episode reboot by HBO Max titled, ‘And Just Like That…,’ fans of the show wonder if it’s worth watching. The new series will follow Parker, her co-stars Kristin Davis and Cynthia Nixon as they navigate love and friendship in their 50s. They will also serve as executive producers alongside Michael Patrick King. The actresses will reportedly earn over $1m for each episode. Production for the half-hour series is set to begin in New York City in late spring.