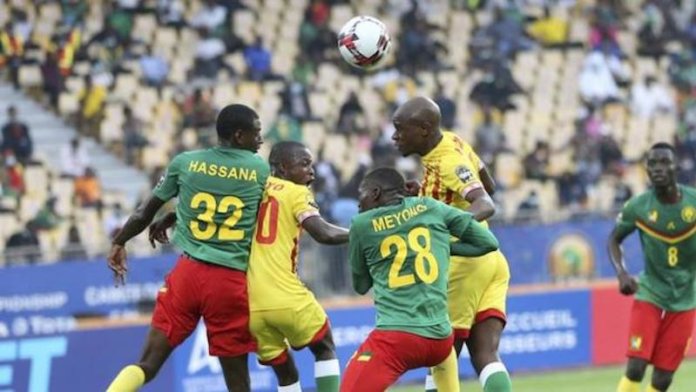 Nine months after it should have started, the African Nations Championship (CHAN) finally kicked off on Saturday as host nation Cameroon defeated Zimbabwe 1-0 in Yaounde.

Playing in Group A, Salomon Banga scored the match-winner 18 minutes from time as the defender showed good agility to score with an overhead kick.

With FIFA President Gianni Infantino, CAF’s new Honourary President, Issa Hayatou and Cameroon’s Prime Minister, Joseph Ngute, watching on, Cameroon dominated large swathes of the game only to be let down by their shooting accuracy.

Zimbabwe goalkeeper Ariel Sibanda kept his side in the game but was fortunate that several Cameroon efforts were straight at him.

Later on Saturday, Burkina Faso and Mali can go top should either register a large win when the duo meet, also in Yaounde.

The CHAN was originally scheduled to take place in April last year but was postponedone month earlier as coronavirus swept the globe.

The sixth edition of the event for players based in their own domestic league is one of the largest football tournaments to take place anywhere in the world since the pandemic began.

Sixteen teams are playing in four groups of four, with the final taking place on 7 February, and stadiums can be filled up to 25 per cent of their capacity because of Covid-19 concerns.