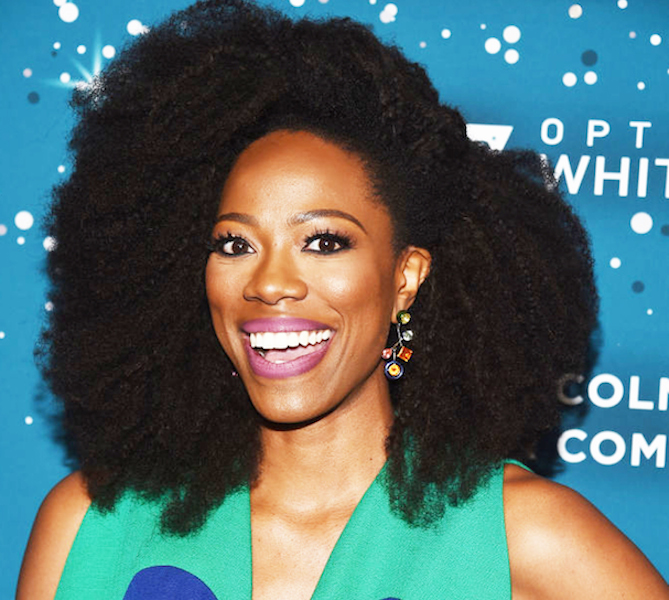 Emmy-nominated ‘Insecure’ co-star Yvonne Orji is tapping into her experience as a Nigerian-born, first-generation American in ‘First Gen’, a half-hour comedy, which is in development at Disney+. The star actress has A-list collaborators on the project in British-born Nigerian-American actor David Oyelowo and Oprah Winfrey. Written by Orji, First Gen is based on Orji’s personal experiences growing up as a Nigerian immigrant in America. As a child, she’s caught between trying to honour her parents and culture while simultaneously trying to assimilate American life.

Yvonne, 37, is best known for her role as Molly on the hit HBO series ‘Insecure’, which is set to end after its fifth season. She was nominated for her first-ever Emmy for Best Supporting Actress in a comedy for the show in 2020, with two other Hollywood actors of Nigerian descent; Uzo Aduba (“Mrs. America”) and Jovan Adepo (“Watchmen”). She won a Black Reel Award for her role as Molly in HBO’s ‘Insecure’. Her other acting credits include “A Black Lady Sketch Show” and “Jane the Virgin” as well as the 2018 comedy film “Night School.” She released the standup special “Momma, I Made It” in 2020.

With ‘Insecure’ poised to end after five seasons and Yvonne delighted, owing to the opportunity birthed by ‘First Gen’, she wrote on Instagram: “Well… when one door closes. God still got a blessin witchyo name on it! Though the vision tarrrrryy, wait for it!! The trailer I shot in 2015 for this family sitcom I desperately wanted to create is what helped me get an audition for @insecurehbo. Five years later (after being told “No” SEV. ER. AL. times), my lil engine that could, finally has a home with the @disneyplus family.

“Thank you @davidoyelowo for believing in the dream from jump, and Lady @oprah for coming on board as our Fairy Godmother. I’ve been very vocal about my desire to highlight stories from the Continent, and I’m grateful to have this opportunity to do so.” This project serves as the second collaboration between Oyelowo’s Yoruba Saxon and Winfrey’s Harpo Films. The production companies recently produced “The Water Man”, Oyelowo’s feature directorial debut in which he also stars.

While ‘Insecure’ has become her calling card, it was comedy, not acting, that served as Yvonne’s entry into show business.

Raised in a close knit Nigerian family, Yvonne originally planned being a doctor and has a master’s degree from George Washington University to prove it. Inspired to give comedy a try after entering a beauty pageant and having to settle on a skill for the talent portion, she incorporates aspects of her unique road to the entertainment industry into her act. At first, her parents displeased her career choice until the news of her Emmys nomination last year.