The wife of the late former Lagos military Administrator, Mrs. Gladys Ndubuisi Kanu yesterday blamed the death of her husband on deceit by the Nigerian hospital that the NADECO chieftain was responding to treatment.

Fielding questions from journalists in her Lagos resident, Mrs. Kanu said: “My husband is one in a billion. He was highly principled, very honest and always out to help people. Since I met him, he had never been sick; this is the first time.

“Within 11 days, I took him to three different hospitals. I was about to fly him out for treatment but the hospital where he was deceived us that he was recovering. We intend using Air-ambulance to fly him out. His death came as a shock. It has not done on us that he has passed on.

“With all the governors that emerged in Lagos, my husband was very close to them contributing on state matters, advising them – from the days of Bola Tinubu to this current administration. He was a very intelligent man; I don’t know how I am going to leave without him”. In the same vein, chieftain of the National Democratic Coalition (NADECO), Dr. Ayo Opadokun, described Kanu’s death as extremely painful and unexpected, saying he was consistently nationalistic, energetic, courageous, and genuinely patriotic.

“In his 78 years’ sojourn on this terrestrial divide, Admiral Kanu has been military Governor of Lagos and the old Imo State respectively. He was once a member of the Supreme Military Council (SMC) apart from his holding several command postings in the Nigerian Navy. Admiral Kanu was a distinguished leader of the Council for Unity and Understanding (CUU) ,which was the most formidable platform created by the credible leaders of the entire former Eastern, Western, and Middle Belt Zones. The CUU was the main pillar which supplied the largest credible core of officers at the formation of the National Democratic Coalition (NADECO) in 1994.

The NADECO chieftain added that NADECO was a nationwide national platform created to ensure that Nigeria convoked a Sovereign National Conference to resolve the National Question once and for all for the progress, development, stability and peace of Nigeria and finally for the de-annulment of the credible victory of Chief MKO Abiola at the Presidential Election of June 12, 1993 which was insensitively and contemptuously annulled by the military jackboot led by Gen. Ibrahim Babangida.

“Admiral Kanu as NADECO’s founding Chairman of the All General Purposes Committee worked assiduously, sacrificed his mental, material resources, and applied his wide national connections for the establishment of a formidable, resilient, productive apolitical platform with proven positive results that eventually forced the Nigeria Army strongmen and their surrogates to return to the barracks with the death of the most violent Nigeria military despot, General Sani Abacha.

“Admiral Kanu became the Chairman of NADECO at the demise of Senator Abraham Aderibigbe Adesanya. Admiral Kanu’s contributions towards building a country that will be governed by policy thrusts centered on justice, equity, fairness, respect for as well as defense and protection of the rule of law will remain imperishable in the annals of our country’s history.

“Admiral Kanu, in spite of his towering figure in the military and political offices endured with equanimity the orchestrated humiliation and total disrespect for his person because he was a NADECO chieftain. For example, Abacha security operatives violated Admiral Kanu’s privacy in several respects. The security apparatus conducted oppressive search in Kanu’s Lagos home and he was escorted to Ovim, his home town like a felon for another cocktail of depressive search, just in order to implicate him and rope him into another fathom coup plot.

“Admiral Kanu remained unbowed in spite of the crude manner that he was hounded so much that while others of his pedigree surrendered, joined in unholy alliance with the military despot and distanced themselves from NADECO, Kanu was steadfast in speaking truth to power until his sudden transformation to immortality.

“Admiral Kanu would ever remain a public officer with human conscience, who did his possible best to ensure that the Nigerian State change course in order for us to build a just, equitable, politically stable and prosperous nation but the power brokers remain resistant to the most compelling and necessary change i.e. Restoring Nigeria to Federal Constitution to save Nigeria. Rather, they always imagine and compose conspiracy theory around any criticism of their misrule is designed to remove them from office.

“NADECO is proud to state without any reservation that Admiral Kanu’s career in the military was not exploited as most others do to satisfy their personal aggrandizement, crude accumulation of stolen public fund. Let it be known that Admiral Kanu as a former Governor of Lagos State owned just one building till his death.

“NADECO reminds the current power brokers that Nigeria as a heterogeneous country cannot remain any longer under the consistently suffocating enforced cohabitation. The Nigerian State is advised to quickly invite the ethnic nationalities and their leaders which were the building blocks upon which Nigeria was structured to a productive dialogue session to discuss and resolve the national question. “Adieu our indefatigable Gentleman Soldier and National Chairman, Goodbye, our beloved compatriot with notable public consciousness who remained selfless until death snatched him away from us. Where and when shall Nigeria produce another Godwin Ndubuisi Kanu (rtd)? May your soul continue to rest in peace and torment Nigerian oppressors of all kinds. And may your transition to eternal glory spur us to activate our collective determination to work legally and legitimately for restoring Nigeria to federal constitutional governance.” 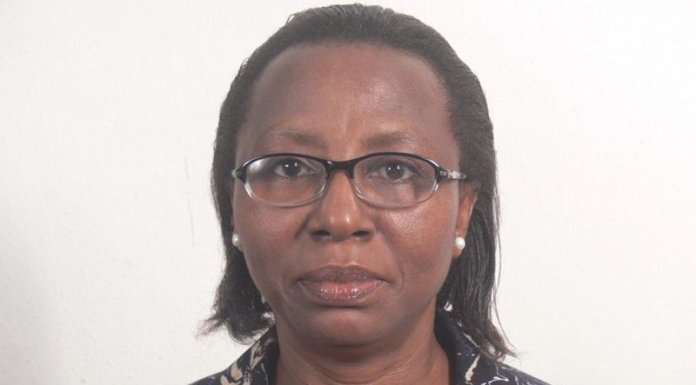 SENATOR ADEYEMI – NOT A SMART WAY TO TALK