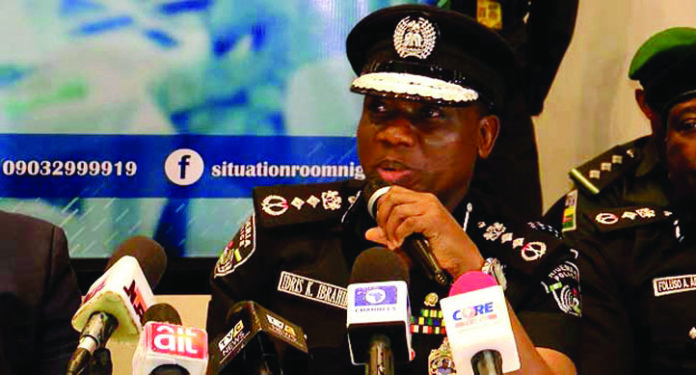 The latest statement from some of the suspects arrested in connection with the April 5, 2018 Offa robbery, that they were tortured by men of the disbanded Special Anti-robbery Squad to implicate former Senate President, Dr. Bukola Saraki, has not only opened a new narrative on the issue, but vindicated those who saw the true picture a long time ago, writes Shola Oyeyipo

After several months of dragging his name in the mud as part of the sinister plans to remove him as Senate President and seize his political base of Kwara State, facts emerging from the retired Justice Tunde Garba-led Kwara State Judicial Panel of Enquiry investigating Police Brutality, are beginning to exonerate Dr. Bukola Saraki of alleged involvement in the April 5, 2018, Offa Bank robbery, which claimed 33 lives, many of whom were police officers.

In the thick of the animosity against Saraki by the All Progressives Congress (APC) leaders, after he attained the Senate presidency without their support and approval, the former Ibrahim Idris-led police at that time had alleged that in their confessions, the five gang leaders arrested in connection with the mindless bank robberies indicted Saraki and his successor as governor, Alhaji Abdulfatah Ahmed.

According to the police, the robbery perpetrators volunteered statements that they were political thugs to Saraki and Ahmed, but since that time, the immediate past Senate President told members of the public to disregard the claims as baseless. He said it was a ploy by the Police to implicate him by all means possible. He also maintained that his alleged false assets declaration trial at the Code of Conduct Tribunal was politically motivated.
Ahmed, on his part, also dismissed the allegations and noted that the state could not be held responsible for the behaviour of youths, who opted to embark on negative acts.

But last Wednesday, when some of the suspects appeared before the panel, the duo of Kehinde Gobir and Shuaib Jawando, alleged that SARS personnel forced them to lie against Saraki by saying he bought guns for them. The duo’s latest narrative was that police accused them of collecting guns from Saraki, and made it stick as though it was the truth
Gobir and Jawando maintained that they were not used by Saraki for criminal activities as alleged, but that they were tortured and went through inhuman conditions in both Ilorin and Abuja police detentions hence they implicated him.

For many of Saraki’s supporters and admirers, it was rather easier to agree with him that the President Muhammadu Buhari government deployed every arsenal at its disposal to get rid of him. They couldn’t bear his return to the Senate, because he had firm control of the National Assembly and his actions of holding the government accountable to the people were considered an affront to the APC government and the Buhari leadership.

From 2015 till Saraki eventually announced that he was leaving the ruling party on Tuesday, July 31, 2018, it was a tempestuous relationship between him and the APC leadership, hence Buhari’s social media aide, Lauretta Onochie released the 22 sins Saraki committed against the government on her Facebook page in reaction to his claim that Buhari’s anti-corruption war was being used as a weapon to silence any form of dissent and that every dissent from the legislature was framed as an affront on the executive or as part of an agenda to undermine the government.

Saraki, however, underscored his angst against the government by noting that, “All governance principles which were required for healthy functioning of the party and the government were deliberately violated or undermined. And all entreaties for justice, equity and fairness as basic precondition for peace and unity, not only within the party, but also the country at large, were simply ignored, or employed as additional pretext for further exclusion.”

Onochie, on the other hand, listed Sarakin’s sin to include the non-confirmation of Ibrahim Magu as the EFCC Chairman, giving preference to PDP members in committee appointments in the Senate, delay in the confirmation of the boards for AMCON, CBN, NERC, NSADA, ICPC, among others, giving the Deputy Senate President to the opposition party, placing roadblocks to the actualisation of government’s promises to Nigerians and constituting a clog in the wheel of progress of the development of the country.

Other allegations against him were that he joined forces with the opposition to ridicule President Buhari’s fight against corruption, stole money from the APC Campaign during the presidential campaign in 2015 and starved the campaign council of funds, maintains a relationship with a gang of armed robbers, who have been notorious for disturbing the peace of the good people of Kwara State and that he rallied corrupt elements to buy his Senate Presidency seat against the wishes of the Party.

He was also alleged to have induced Senators with $100, 000 each to suffocate Buhari’s government in the Senate, delaying of 2016, 2017 and 2018 budgets, budget padding and inserting 391 projects into budget of only two agencies, shutting down the National Assembly and personalising the National Assembly affairs, refusal to entertain the virement for the funding of critical MDA’s, frustrating the fight against corruption and promoting laws that served personal interest like the Bill on re-ordering the sequence of elections.

Also, he was alleged of inserting fictitious amounts into the budget to be diverted in the name of constituency projects, suspension of senators with divergent opinions from his, refusal to approve loans for infrastructure development of the country, using the Senate for personal vendetta, undermining the government for three years and endorsing frivolous motions to unjustly attack the president and the government.

In Africa, Nigeria in particular, where governments at all levels are ‘infallible’ and extremely powerful, Saraki’s sins were ‘too much.’ That he survived three years before he was prevented from returning to the Senate through campaigns of calumny after he dumped the APC, returned to his old party, the Peoples’ Democratic Party (PDP) and retained the Senate presidency, also showed that he was politically smart. He was simply like a proverbial dog that had to be called a bad name in order to hang it.

Not only did the false asset declaration case brought against him at the CCT fail, there were also occasions when the integrity of the police was questioned over the Offa robbery case. One of such was the suspicion that surrounded the circumstances that led to the death of the principal suspect, 30-year-old Michael Adikwu.

Nobody could say what led to his death. Was he deliberately killed? If yes, why? If not, did he die a natural death or did the suspect lose his life under torture? Was he sick or was there a ploy to cover up something by the police?
At the time of Adikwu’s death, Saraki had raised the alarm that the suspect was dead, but at that time, the police told the Attorney General of Kwara State through the Police Public Relations Officer, Moshood Jimoh, that he was alive in their custody and helping with investigations.

It took the police so long to disclose the death of the principal suspect after denying it. This gave rise to the conspiracy theory of possible cover-up of what could have been an extra-judicial killing aimed at rubbishing Saraki’s political pedigree.

As far as the Offa robbery is concerned, the feeling in Saraki’s camp is that no matter how far and fast lie might have travelled, the truth will definitely catch up with it as soon as it takes off. So, Saraki and his supporters are not just unperturbed by the allegations, they are confident that one day, the entire truth would be told and that those involved in the cover-up would all be named and shamed.