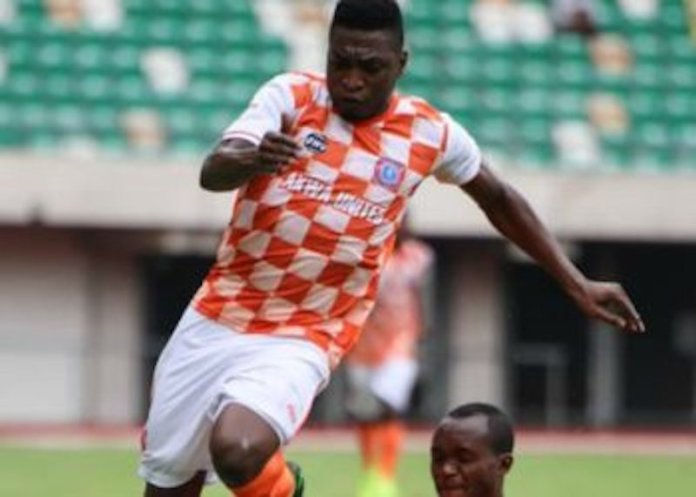 Ndifreke Effiong was the hero yesterday as Akwa United record their first goals and win of the 2020/21 Nigeria Professional Football League season.

That victory temporarily lifted the Promise Keepers from No 17 to the fifth spot ahead of today’s Fixtures in the Nigerian topflight league.

The Umuahia landlords remain rooted at the base without any point in three games.

This afternoon, Jigawa Golden Stars forward Abdullahi Musa Lala will be targeting a win against Enugu Rangers to push his team to the top four bracket of the NPFL.

The Dutse-based outfit won their first league game against Sunshine Stars by 1-0 but lost their second game against Dakkada FC 2-1 last Sunday in Uyo to stand in seventh place on the log.

Yet Lala said the team has all it takes to compete among the big clubs in the NPFL, stressing he and his colleagues are poised to secure a continental ticket.

“My expectations this season is to be in the top four ; so that we can be among the clubs that will played in the CAF competitions next season,” Lala said.

The former YSFON product has in the meantime, set sight on registering his name on the scorer sheet when Jigawa host Rangers International on Matchday three today at the Ahmadu Bello Stadium.

“We just want to take that points and I hope to be one of the goal scorers for my team by God’s grace,” he affirmed.

The season resume a fortnight ago after a nine-month break due to Covid-19 but the 2012 Nigeria national League (NNL) highest goal scorer said the NPFL has not been the same without fans.

“Yeah! It’s not been easy playing without fans because they are the one to boost our moral,” he said.

The Kaduna-born star started his top flight football career at the Katsina United in the 2017/18 season after helping the team gained promotion to the elite division in the 2016/2017 season.

He played at Dynamic Sporting Solution in Kaduna and Kaduna United respectively before joining Jigawa Golden Stars in 2019.

The 2005 YSFON U13 highest goal scorer and 2006 U14 Most Valuable Player said he has fond admiration for Ronaldo da Lima, Cristiano Ronaldo, Neymar and Sadio Mane.