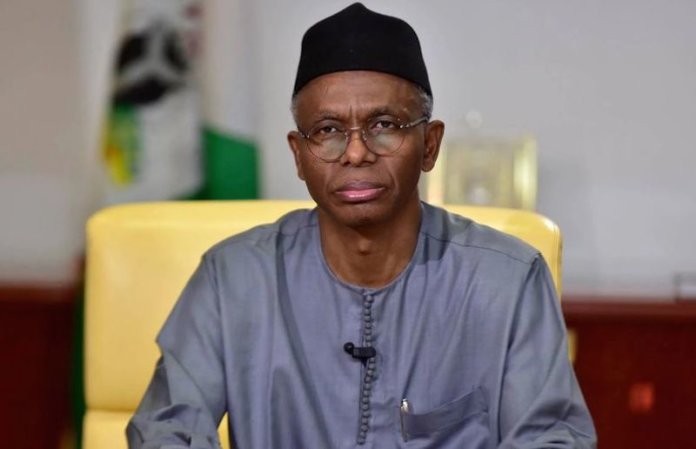 Skeletons are to cadavers what legacies are to politicians: embarrassments that refuse to melt away. If Abuja residents remember El-Rufai for any one thing, it is for his demolition of properties. Those unaffected might remember that he did all that to ensure that the layout of the Federal Capital Territory (FCT) is not different from the Master Plan. Well, El-Rufai’s legacy of demolition has resurfaced in Kaduna State.

One of the most viral news bits on the Nigerian social space (as of the first week of 2021) is that of Governor Nasir El-Rufai demolishing the proposed venue for the Kaduna State ‘sex party’ that has now been cancelled. Folks are making all kinds of noise (celebratory and condemnatory) at El-Rufai’s super quick response to the randy gathering supposed to have taken place on December 27, 2020.

According to reports, Governor El-Rufai firmly encouraged the police in Kaduna State and the state’s Urban Planning Development Agency (KASUPDA) to tear down the building (Asher Kings and Queens Restaurant and Lounge, located at Sabon Tasha, in Kaduna) supposedly designated for the ‘sex party,’ as well as arrest those responsible for proposing and organising the event.

El-Rufai has never shied away from the fact that his religious leanings are pillars of/to his approach to governance. In this wise, that is, assuming that everybody else agrees to and follows the very same religious beliefs, all will be fine. But this is not so. A good fraction of Kaduna residents are neither practising Muslims nor intend to be. But that has never stopped Governor El-Rufai.

The owner of the demolished building, Aisha Yakubu, has reportedly threatened to sue El-Rufai’s government for defamation and losses. According to her, she lost a month-old pregnancy while watching El-Rufai’s commandos demolish her property. Almost nobody believes that Aisha Yakubu will receive any reparation.
Was it only recently that Governor El-Rufai allegedly “suggested” that Nigerian Breweries in Kaduna State reduce the volume of beer it produces?

Meanwhile, folks of a different religious persuasion are bearing under the heavy hand of persecution and torture—in the same Kaduna State. Is El-Rufai’s Kaduna an Islamic or democratic state? Evidence points to the latter.