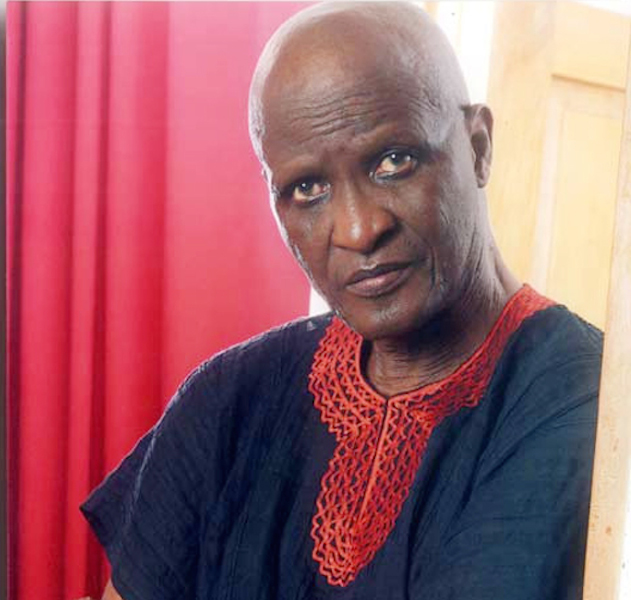 Fond memories of Eddie Aderinokun swirl in the industry’s consciousness and continue to linger, like a benevolent spirit, even after his death on Sunday, January 3, was announced. Okechukwu Uwaezuoke writes

TRIBUTE
Even back in 1993, Eddie Aderinokun was already seeing the “Dark Days”. Whatever he had in mind, when he titled one of his poems – after which he also named an entire collection – “Dark Days Are Here”, certainly had nothing to do with a pandemic. Indeed, he could have found myriads of reasons back in those years to muse about gloominess. Little wonder aeroplanes, in that versified philosophical travelogue, “shun/ black-breasted tarmacs,” while “water-vessels snub rivers of shiny faces…”
Somehow, the poet – who was also a veteran journalist and a former sports administrator – never entirely vanished from the industry consciousness. This remained the case even until he breathed his last after on Sunday, January 3 at 80.

Last year, about two months before he clocked that landmark age on Monday, July 13, he was devastated by the news of the sudden death of his youngest child and daughter Bisayo after an asthmatic attack. That could have robbed him of whatever enthusiasm he might have had for a planned relaunch of his poetic feats by his friends on his 80th birthday. That is apart from making him apathetic towards the celebration of the birthday itself.

Nonetheless, as one of his long-term associates and veteran journalist Tony Amadi recalled: “people had shown up from nowhere,” at his Wuse 2 residence in Abuja. Even the President Muhammadu Buhari, who was represented by his Special Adviser, Media and Publicity Femi Adesina, sent in his tributes, which extolled his contributions to the Nigerian media and cultural space.

Talking about culture, Aderinokun’s contributions date back to the late 1960s when he put together a pop music group he called the Clusters in Lagos. Then, as a young journalist with Daily Express, his impact on publicising the genre in Nigeria was undeniable. “Without him, I don’t think the Nigerian pop music would have had the kind of meteoric rise against the backdrop of Afrobeat and highlife,” Amadi recalled. “Because of his publicity power, he devoted his paper to pop music. That was when he found me and gave me a column in Daily Express, a music column called Swing Spot.”

Here was what the Lagos culture scene used to be like back then: the influence of such British pop groups as the Beatles, Rolling Stones, The Who, Led Zeppelin, Cream was so evident, especially among the Nigerian well-heeled young trendies, that the Beatles-inspired haircut – called mop-top or ‘Arthur’ – used to be all the rage among them. As for the Rolling Stones devotees, they favoured their idols’ spiky hairstyles.

To think Bobby Benson’s Caban Bamboo used to be the place to be for the Lagos revellers. And highlife still exuded charm among the local aficionados. Those heady days after the Nigerian Civil War saw Aderinokun headhunt the talented guitarist Berkley Jones Ike, died last year on Sunday, June 28, for the Clusters. He later joined forces with Tony Amadi, Linus Okechi and Jibade Thomas to create a pop promotional outfit that was credited with kickstarting a musical revolution, which culminated in the Nigerian pop-rock music gaining recognition in the UK and the US.

The late octogenarian was no less celebrated for his over 60 years of robust journalism practice as well as for his many books, which included poetry collections. As a journalist, he had risen to become the editor of the renowned Daily Express, which then rivalled the Daily Times. Amadi recalls that Aderinokun’s creative headlines used to give the Daily Times a run for its money. He also became the national vice president of the Association of Nigerian Authors, which is known more often by its acronym ANA, and later a major benefactor of its Lagos chapter.

Since the deceased family, in a statement signed by his brother Chief Kayode Aderinokun, announced his passing, there has been an outpouring of grief and tributes in the social media platforms. “Great minds in sports and literature met at Uncle Eddie’s residence in Surulere, Lagos as he straddled both professions,” Lookman Sanusi, one of the frontline ANA members, wrote on his Facebook wall. “We celebrated inspiring literary works including the creative offerings of people like Odia Ofeimun, Bunmi Oyinsan, the late Harry Garuba, Karen King-aribisala, Mobolaji Adenubi and so on. Uncle Eddie’s place was our place: we wine and dine, we plot [sic] and hatched ‘literary coups’. Uncle Eddie’s place was both [a] classroom for critical minds and theatre where quintessential literary works were produced.

“Uncle Eddie played a significant part in the birth of ANA Lagos and the overall progress of ANA National. He was never one to clutch power at all cost even when he had the means. Uncle Eddie came, gave his all and left a big footprint.”
Similarly, another member of the literary community Muritala Sule wrote on his Facebook wall: “At some point in my journey, he was the one who housed me when I lost my accommodation and my family got torn apart because of that. It was at the famous No 9, Eric Moore Close, which was Eddie’s office and partial home, I found a warm welcome. It was a place to which many people of the Lagos literati and social élite flocked. That was because of Eddie’s ‘people spirit’. He was so generous – and naively so, too – that some people abused his kindness. But, he never stopped being welcoming.
“I helped run his business from that house for a while – editing and publishing one of his many books of poetry – and coordinated his 60th birthday anniversary in the Year 2000.
Other temporarily homeless big men and women, too, found warm beds at Eddie’s Eric Moore Close place. Travellers from out-of-town found lodging there, as well.

“For some people, the day was never complete till they’d visited 9, Eric Moore Close. Writers, authors, sportsmen and women – he was once the Chair of Nigerian Volleyball Association – culture advocates, musicians (it was there I met the great Laolu Akins for the first and only time), journalists (Eddie was the first President of the League of Veteran Journalists that deliberated on national issues and sent its report to the government), dancers, drummers, dramatists, all!”
Then, the culture activist collective the Committee for Relevant Arts (CORA), while commiserating with the Aderinokun family on his passing, described him as “an enigmatic and resourceful patron of the CORA and its projects”.

President Muhammadu Buhari, in his condolence message, lauded the fact that Aderinokun, as President of Nigeria League of Veteran Journalists, shared his wealth of experience, and guided younger professionals on the path of ethics and good conduct, and added that all these would be recorded in his favour by posterity.
Meanwhile, his funeral arrangements were yet to be announced by the family.