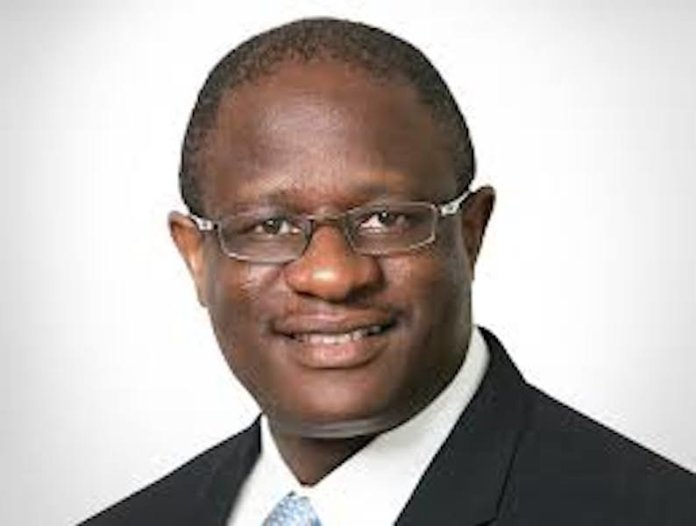 The founder and chief executive of Lekoil,, Lekan Akinyanmi a London-listed Nigerian company, yesterday lost a protracted boardroom squabbles as shareholders of the embattled company voted to approve the proposal of a new investor, Metallon Corporation Limited to add three members to the company’s board.
Lekoil is an Africa focused oil and gas exploration and production company with interests in Nigeria and Namibia.

The dispute between Akinyanmi who is also the biggest shareholder of the company and Metallon even drew in Nigeria’s Ministry of Petroleum, and created more unwanted public turmoil for the company, which was caught out by an alleged fraudulent loan last year.

Agency report indicated that a large majority of shareholders approved Metallon’s proposal to appoint Metallon CEO Thomas Richardson along with two others to the Lekoil board, expanding it to seven members.
Lekoil Chairman Mark Simmonds said he would stand down with immediate effect. The newly enlarged board will appoint his replacement.

Metallon, a private investment company that owns four gold mines in Zimbabwe, became a shareholder of Lekoil last March and now has a 15.1% stake, making it the top investor.
It says its proposal to expand the board will improve corporate governance and increase scrutiny of Lekoil’s finances.

“Today’s EGM result has delivered a clear mandate for change, in line with Metallon’s primary objective of a strengthened board, greater oversight and stronger governance at Lekoil, in order to unlock greater shareholder value for all,” Metallon CEO Richardson said in a statement after the vote.
Akinyanmi fought the change, and has said that if Metallon succeeded, they could be in “a very strong position to make a takeover attempt.”

After the vote, Akinyanmi struck a conciliatory tone.
“Now it is time to move forward and start the process of healing and reconciliation as we focus on our common and shared objective of creating and delivering value for all our stakeholders,” he said.
Lekoil is also facing scrutiny from Ministry of Petroleum Resources for not notifying it over Metallon’s build-up of shares in the company.

Minister of Petroleum Resources, Timipre Sylva, sent a letter to Lekoil on Dec. 30 warning that he should have been informed and that there could be consequences for not notifying about “such significant change of shareholding.”

Ministry spokesman Garba Deen Muhammad confirmed on Thursday the letter and said that under Nigerian law, ministerial consent is required for acquisition or transfer of ownership transactions.
A year ago, Lekoil’s share price plunged after it said that a $184 million loan it had announced from the Qatar Investment Authority was a “complex facade” by individuals pretending to represent the authority.

The low share price and weak oil prices attracted Metallon, which was looking to diversify beyond gold, CEO Richardson told Reuters in a phone interview on Wednesday. It began purchasing shares last March.
But Metallon later encountered concerns, including high general and administrative expenses (GA) and a $1.9 million loan to Akinyanmi.

“We are very concerned that… there is simply a lack of desire by certain directors to have a board with proper governance structures and oversight of management,” Metallon said in a Dec. 11 letter to Lekoil shareholders.

Renaissance Capital analyst Nikolas Stefanou said Lekoil’s GA spending, which was $21.4 million in 2019, was high compared with its asset base. He said other “red flags” included the resignation of Lekoil’s nominated adviser and one of its brokers in the past two months.

“There are some very serious governance issues that need to be addressed,” Stefanou said.
Akinyanmi said on Thursday that the GA was appropriate given costly efforts to develop another oil field, OPL 310, which he said was a valuable asset worth developing.