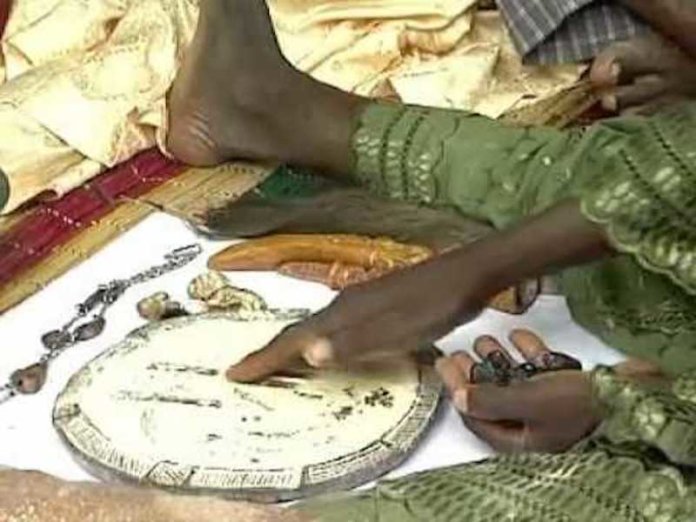 We must not pretend that the recent dank news out of Iwo, Osun State, was just one of those “normal things” that the Southwest is known for. We must not be de-sensitised to horror stories about “native” juju-men and voodoo practitioners trading in human flesh and all other human-anatomy body parts whilst ritualising human blood as the “lubricating oil” to quick cash and wealth.

Does this even make sense to a rational human? What is the connection between human parts and minted currency notes under the purview of the Central Bank of Nigeria? Have we gone mad in Nigeria? It was a grotesque tale about how young men at Iwo lure friends into murderous traps and then harvest their vital organs for “money rituals.” Since the councils of traditional rulers and ifa-orisha-osun-shango-yemanja haven’t spoken forcefully against this social tradition, one is forced to conclude that adherence to our so-called “traditional values” is what fuels these evil deeds.

If we interrogate the practices of our native cultures into the recent past, we will be alarmed at the codices of beliefs that ruled the lives of pre-colonial Africa, especially those norms dealing with human sacrificial offerings. But, that was the past and I am not ashamed to posit one more time that “White colonialism” (read “education”) has been a blessing to the folks of our generation.

Imagine living in Dark Africa when inter-tribal warfare was the norm and raiders who captured hapless prisoners of war were required to make an offering of these humans to their pagan deities. It is the vestige of this “culture” that has been resurrected as “money rituals.” It is so easy to dismiss the perpetrators and the victims of this ritual juju cannibalism as “poor people” but the headhunters are on the prowl looking for victims of all social classes to kidnap to satiate their black magic voodoo rites.

Nigerians must now more than ever before speak out against these vices, whatever the “native culture” excuse that is made and one that makes known that sacrificing other human beings imbues one with supernatural abilities (especially the one to conjure up sack-full of cash). Herein, the government must criminalise certain aspects of our native beliefs that are sheer evil and quite against the tenets of civilisation. We have heard that certain “powerful” tribal chieftains are still interred with their “slaves” even at this present time; some even “display” these “slaves” in the full glare of the public view at big-event moments (they are euphemistically called “sword-bearers” but in reality they are the “attendants” who will be interred live with the chieftains to do chores for these chiefs in the “afterlife”). Now, with Christianity, modernity, science, technology, computers, medical science, etc., haven’t our traditional institutions become quite irrelevant in the overall desire to dictate to the natives just what is sane and what is pure crass?