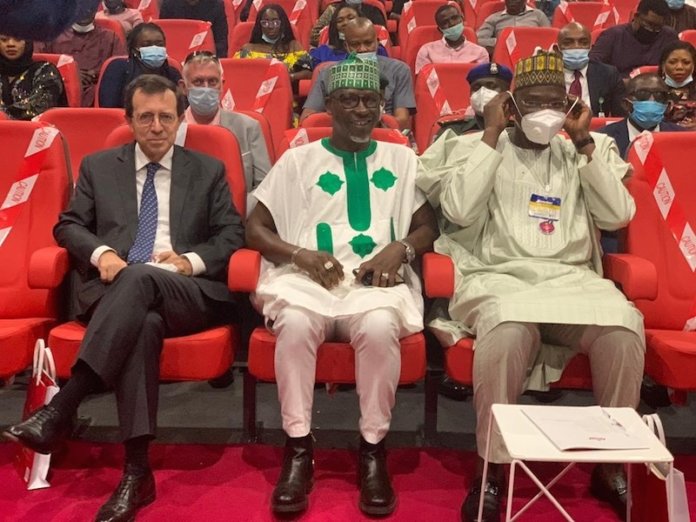 The first CanalOlympia cinema – a network of eco-friendly cinemas in Africa – in an English speaking country opened recently at Mararaba, Nasarawa State.

The launch was a collaborative effort of CanalOlympia, National Film and Video Censors Board (NFVCB) and the Nasarawa State Government.

In attendance at the opening of the 300 seater movie theater and live performance venue, was the Executive Governor of Nasarawa State, Engineer Abdullahi Sule; the Ambassador of France to Nigeria, Mr. Jérôme Pasquier; the Executive Director, National Film and Video Censors Board, Alhaji Adedayo Thomas; local government officials, royal fathers and stakeholders in the movie industry.

Speaking at the opening, Alhaji Thomas, the Executive Director, National Film and Video Censors Board, revealed that the cinema was “the first in the entire West Africa that will rely solely on solar energy”.

Also speaking, Mr. Pasquier, expressed his excitement about the launch of CanalOlympia in Mararaba. “I’m very happy to be here because from France we have always considered culture to be very important in international relations. We have political relations, economic relations but the best long term relations are in the field of culture,” he said.

“Also we have a second priority in France, which is climate change. And this investment is a very good example of a facility which is using renewable energy and it is good to have this facility open this week.

“We are going to commemorate at the end of this week the 5th anniversary of the Paris agreement. We know that Nigeria is among the most countries threatened by climate change. It is a very important issue for France and Nigeria,” he added.

Governor Sule stressed on the prospects of the cinema and the value it will bring to the people of the state. He noted that CanalOlympia reflects the kind of investments he wants to welcome in the state.

“I’m so proud of this day, we have worked so hard to make Nassarawa State an investment destination, today we are seeing those realities. Knowing that the cinema will be run using clean energy is exciting because there will be no case of environmental pollution in the community. So the issue of climate change does not apply,” he enthused.