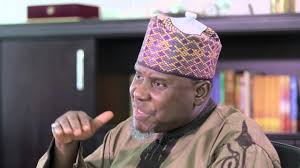 The umbrella body for Muslims, the Jama’atu Nasril Islam (JNI), headed by the Sultan of Sokoto, Alhaji Muhammad Sa’ad Abubakar, has warned the Catholic Bishop of Sokoto Diocese, Bishop Matthew Kukah, against attacking Islam and Muslims.

In a strongly worded statement issued yesterday in Kaduna, the JNI said the Catholic Bishop “should not take Muslims kindness for timidity or foolishness.”

The statement signed by the

Secretary-General of the Muslim body, Dr. Khalid Abubakar Aliyu, was in reaction to Kukah’s Christmas message.

Kukah had in his Christmas message on December 25, 2020, accused President Muhammadu Buhari of nepotism and institutionalising northern hegemony by “reducing others in public life to second-class status.”

“Every honest Nigerian knows that there is no way any non-Northern Muslim President could have done a fraction of what President Buhari has done by his nepotism and gotten away with it”, Kukah was quoted to have said.

However, the JNI, in its statement maintained that the message was a calculated attempt to insult Islam which is typical of the bishop.

It noted that the insinuations by Kukah that “Muslims have a pool of violence to draw from, is disgusting, disheartening, as well as condemnable.”

The JNI maintained that Kukah’s message was a clear deviation from well-established norm across the globe.

It said despite the status of Sokoto to the Muslims and Islamic history, Bishop Kukah was warmly welcomed, accepted, accommodated and accorded respect deserving of his position as a religious leader.

Part of the statement read: “The attention of the Jama’atu Nasril Islam has been drawn to an irresponsible and seditious Christmas message issued by the Catholic Bishop of Sokoto Diocese, Matthew Hassan Kukah.

“Though the message is disguised as a political hogwash to deceive the innocent, there is no doubt that it was a poisoned arrow fired at the heart of Islam and Muslims in Nigeria, hence the need for this intervention.

“The Bishop statement was a prepared address considering the occasion and the audience, one cannot but agree that it was a calculated attempt to insult Islam which is typical of him.

“His veiled insinuation that Muslims have a pool of violence to draw from, is disgusting, disheartening, as well as condemnable.

Responsibly, Christmas homilies should come with messages of hope, unity, mercy, forgiveness of the Supreme Being and resilience through prayers, especially in this trying time.

“The Bishop’s message was however a clear deviation from well-established norm across the globe.

“Kukah is the Bishop of the Sokoto diocese located at the seat of the Caliphate and the heart of Islam and Islamic scholarship, culture and practices in sub-Saharan Africa.

“Despite the status of Sokoto to the Muslims and Islamic history, Bishop Kukah was warmly welcomed, accepted, accommodated and accorded respect deserving of his position as a religious leader.

“Across the length and breadth of the Northern Nigeria, Kukah has friends and associates among the Muslim society. Without fear of any contradiction, he is most accepted and accommodated Christian clergy to the leaders of the Muslims in the north.

“They accorded him all the support he needed, despite some reservations from some quarters about his tendencies to bite the fingers that feed him.

“In spite of the liberality, congeniality and the camaraderie extended to Bishop Kukah in Sokoto and all over the Muslim north, he throws all sense of decorum and common sense to the wind and fired invective salvos on the Muslims and Islam without any justification.

“By this and his several similar

inane attacks against Islam and the Muslims, the Bishop has lost the friendship and the hospitality of the entire Muslim populace”.

The statement further wondered how Muslims can ever trust a man who smiles at their faces in the day and hold dagger against them in the night?

“How can the Muslims continue to be hospitable to the one who proves to be ingrate many times over?

“How can the Muslims be comfortable in associating with a bitterly vindictive person disguised in the garb of religious clergy?”

Aliyu said “Muslims in Nigeria cannot be charged and be held responsible or accountable for the actions or inactions of Government just because it is headed by a Muslim.”

According to the him, “The Bishop cannot pretend to be attacking President Buhari and end up punching Islam and the Muslims. We will never accept to be used as punching bag of the vindictive Bishop.”

He said, “It is mind boggling to imagine why Bishop Kukah is always keen in pushing at the National fault lines; religion, tribe and north-south divide?

“His fiery and equally violence inciting speech at the burial of the late Governor Yakowa of Kaduna State (in 2012) is still fresh in our memories.”

The statement warned that,

“Bishop Kukah should not take Muslms kindness for timidity or foolishness.

“In being accommodative and kind, the Muslims are adhering to the teaching of the Glorious Quran that even in times of war the Muslims should offer assistance to those who seek their protection. Quran chapter 9 verse 6 is categorical on this…”

It said further that “Kukah and his likes who enjoys the pleasure of denigrating Islam and Muslims at any slightest opportunity should have lowered their gourd, so as to have some peace of mind because the spark which Islam kindles can never be extinguished…”

The JNI called on “all Muslims to continue to remain calm in the face of these provocations in order to deny conflict entrepreneurs disguised as clergies the avenue to market their stock.

“Muslims are enjoined to continuously uphold the teachings of Islam, especially in regards to accommodativeness, conviviality and hospitality. Let’s continue to relate well with our peace loving Christian neighbors and colleagues regardless of the vituperations of some misguided elements among them.”