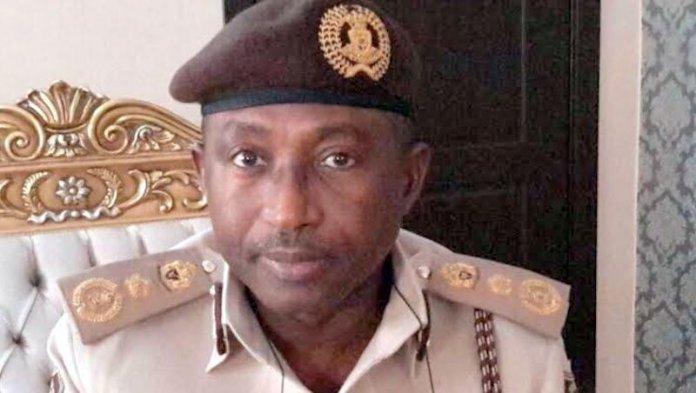 Petition calls for probe of NDLEA

There is disquiet in the Ministry of Interior over alleged plans to grant a third tenure extension for heads of paramilitary agencies.

The tenures of the trio of Mohammed Babandede (NIS), Abdullahi Muhammadu Gana (NSCDC) and Jafaru Ahmed (NCoS) expired between 2019 and 2020.

This is coming as stakeholders including retired and serving officers warned that incessant tenure extension of paramilitary service chiefs was counter-productive and hinders career progression.

The warning also comes as Concerned Officers of the National Drug Law Enforcement Agency (NDLEA) called on President Muhammadu Buhari to investigate and prosecute the Chairman of NDLEA, Col Muhammad Abdallah (rtd), for the alleged diversion of N2.8 billion commanders’ monthly allowances and the revocation of the sale of the Chairman’s official quarters in Ikoyi that he allegedly sold.

In a petition obtained by THISDAY, the officers also called on the president to appoint a competent chairman that would redirect the agency on the path of greatness and address the lingering problem of increasing drug abuse, poor staff welfare and delayed promotion in the agency as Col. Abdallah’s tenure expires this week.

The heads of the paramilitary organisations had exceeded the mandatory age limit and number of years of service and had their tenures extended last year by the Minister of Interior, Rauf Aregbesola, who is also Chairman of the Civil Defence, Correctional, Fire and Immigration Services Board (CDCFIB).

The minister had endorsed the extension of tenures of the Controller-General of Nigeria Correctional Service (NCoS), Jaafaru Ahmed; the Commandant-General, Nigeria Security and Civil Defence Corps (NSCDC), Abdullahi Muhammadu Gana and the Comptroller-General of Immigration, Muhammad Babandede.

The tenure of the NCoS boss, Jafaru Ahmed, was initially extended by President Buhari for one year from July 21, 2019 to July 21, 2020 due to his track record of pioneering innovative reforms in the prison service.

Ahmed, who clocked 60 years of age in 2019 and mandatory 35 years in service in 2020, later had his tenure extended a second time by Aregbesola for an additional six months to consolidate and implement some key programmes and policies, especially on human rights compliance, infrastructural development and welfare of staff and inmates.

Ahmed was appointed Comptroller-General, on May 17, 2016. The NSCDC boss, Muhammadu Gana, was appointed as the second substantive Commandant–General of NSCDC in July 2015, by President Buhari.

His tenure expired in July 2020, and was granted a six-month extension, which will end this January 2021.

On his part, Babandede, the Comptroller-General of NIS, is currently the longest-serving top officer of the agency, after joining the service in June 1985, and has spent 35 years in service. He hails from Jigawa State.

PRNigeria gathered that Aregbesola, who has the final say on the expired but extended tenures of the NIS, NCoS and NSCDC bosses, being the Chairman of CDCFIB is believed to be planning to recommend a further extension of the tenures of the officers.

Meanwhile, some concerned retired and serving officers, as well as stakeholders in the sector, who spoke on the condition of anonymity, expressed concerns over what they described as “detrimental policy of tenure elongation” for heads of paramilitary agencies.

Some of them expressed the fear that the practice of extending the tenure of any public officer was counterproductive, demoralising and detrimental to the career progression of officers in public service and could set bad precedents with dangerous consequences.

A retired immigration officer and human rights lawyer, Daniel Makolo, last year in a petition pointed out that the Minister of Interior lacked the power to extend the tenure of Babandede, Comptroller-General of the Nigeria Immigration Service (NIS).

In a letter addressed to the minister, who was former Governor of Osun State, Makolo said the CDFIPB chaired by Aregbesola had no legal power “to recommend or extend the statutory tenure of any public servant in the same capacity, no matter and however indus­trious such officer may be.”

He said the public service is statutorily designed with specific provisions for entry and exit lawfully and that once a tenure comes to an end, a further stay in the office is arbitrary, immoral, wrongful and unlawful.

“The practice of arbitrary, illegal elongation of the statutory tenure of public office occupants sets a dangerous precedent for bureaucracy and national security.”

Meanwhile, some concerned officers at the NDLEA have called on President Buhari to investigate and prosecute of Chairman of NDLEA, Col Mohammed Abdallah (rtd) over the alleged diversion of N2.8 billion commanders’ monthly allowances and the revocation of the sale of the Chairman’s official quarters in Ikoyi that he allegedly sold.

They also called on the president to appoint a competent chairman that would redirect the agency on the path to greatness and address the lingering problem of increasing drug abuse, poor staff welfare and delayed promotion in the agency as Abdallah’s tenure expires this week.

In a letter to the president by the concerned officers, of the agency signed by one Musa Ahmed Yusuf, the officers accused the outgoing NDLEA boss of diverting N2.8 billion monthly operational allowances for commanders.

“Since 2016 that Abdallah took over, he stopped the payment of monthly running cost to commanders. This has continued all through his tenure.

“The monthly allocation of the agency of about N48 million is used to service Abdallah’s personal interest. This has amounted to the sum of N2.8 billion in the past five years”, the petition alleged.

“How are the commands meeting their needs and how do you define corruption? Abdallah also sold the official quarters for the chairman of the agency located at George Street Ikoyi, Lagos.

“He also allowed a telecommunication service provider to install a telecom station at the once vibrant Ikoyi office that is now a shadow of itself. The impunity of Abdallah must not go unpunished”, it further alleged.

The petition further called for the appointment of “a competent chairman appointed to correct the many mistakes of Abdallah and take the agency to greater heights following the expiration of Abdallah’s tenure.

“We demand a complete investigation into the unending recruitment exercise by Abdallah even when money has been released to him since 2019. Non of the procedures have followed due process. The entire exercise must be conducted by a competent leader. This will ensure that Nigerians have a level playing ground in serving their country”.

It also cited the refusal of the NDLEA leadership to promote staff as and when due in addition to his lack of attention to hightened drug abuse crisis in the country.

“Abdallah refused to release our promotion arrears. This has dampened our morale. The most painful aspect is the fact that our colleagues that retired in the last five years left service with lower ranks than they are entitled to because of Abdallah’s administrative callousness. This injustice is demoralising to the entire workforce”, the group said.

The petition said a national survey confirmed a massive scale of Nigeria”s drug problem with no effort by Abdallah to reverse the ugly trend. “According to the report, in 2017 just one year after Abdallah took over office, nearly 15% of the adult population in Nigeria (around 14.3 million people) reported a “considerable level” of use of psychoactive drug substances. This is a rate much higher than the 2016 global average of 5.6% among adults.

“The survey was led by Nigeria’s National Bureau of Statistics (NBS) and the Center for Research and Information on Substance Abuse with technical support from the United Nations Office on Drugs and Crime (UNODC) and funding from the European Union.

“Our airports, seaports and land borders are becoming increasingly porous by the day as Abdallah remains unperturbed.” 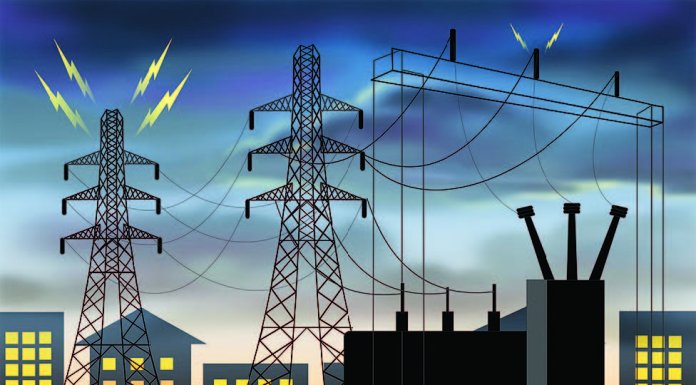