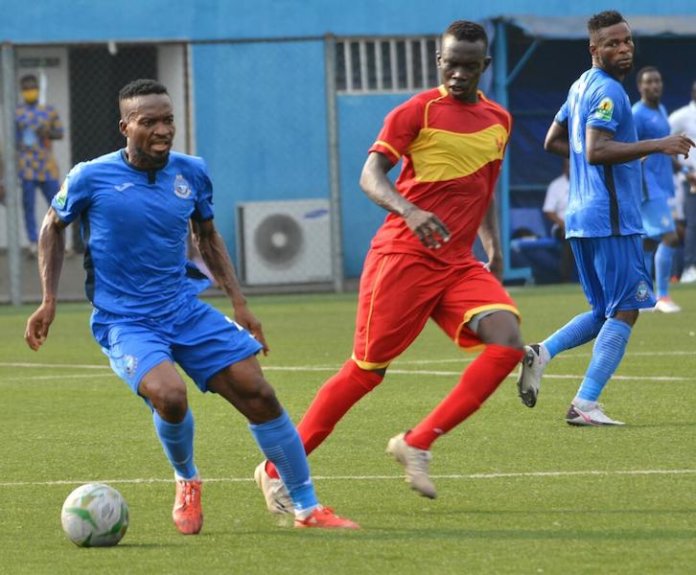 For the third year running, no Nigerian club side will be featuring in the group stage of the CAF Champions League following the elimination of Enyimba FC at home in Aba yesterday by Sudanese club, Al Merriekh.

Enyimba’s 2-1 defeat of the visitors from Sudan was meaningless as Al Merriekh had the job done a fortnight ago when they hammered the People’s Elephant 3-0 in Omdurman. Al Merriekh cruised to the next Round on 4-2 aggregate.

Last season both Lobi Stars and Plateau United similarly crashed out at this early stage of the competition without reaching the group stage where they were guaranteed a mouthwatering $550,000 (about N253 million).

Saif Terry, who fired a hat-trick in the first leg in Omdurman, again opened scoring in Aba after just seven minutes when he punished Enyimba for poor defending.

Victor Mbaoma however drew the hosts level on 14 minutes, when he slotted home.

The striker, who missed the first leg in Sudan due to injury, then put Enyimba in front in the 51st minute from the penalty spot after Samad Kadiri was upended inside the box.

Enyimba chased the game for more goals but they were not clinical in front of goal.

Now, the two-time African champions are to drop into the playoff round of the second-tier CAF Confederation Cup where Nigeria’s other representatives, Rivers United are waiting for a new date to play the second leg of the first round against Bloemfontein Celtic.

After gaining two goals advantage away last week, the South African delegation was refused Covid-19 quarantine waivers to fly into Port Harcourt for the reverse fixture by the Nigerian Centre for Disease Control (NCDC).