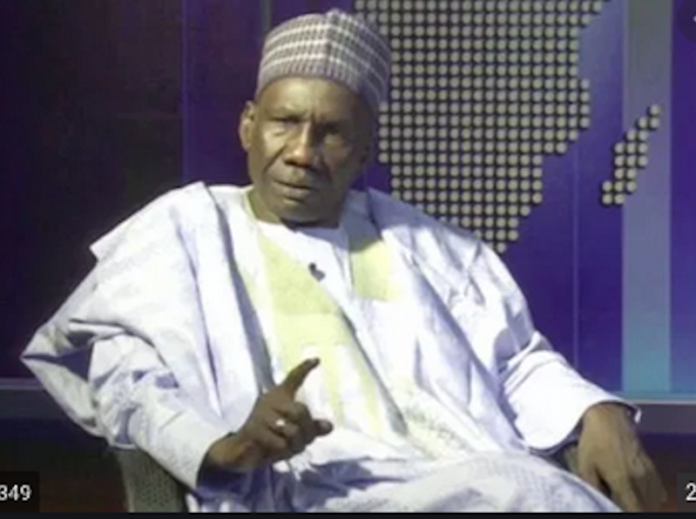 The Dean, Borno Elders Forum, Prof. Khalifa Dikwa, said contrary to the narrative by the military and the federal government, no where is safe outside of Maiduguri, the Borno State capital.

He said so bad is the security situation that not even five kilometres outside of Maiduguri is safe.

“Even if they (Boko Haram) are not physically there, they are psychologically there, disturbing the people,” Dikwa spoke on live television programme, Newsnight.

“From time to time, they ride their motorcycles, come and harass them to pay levies and so on. Outside Maiduguri, not even five kilometres, nobody is safe. And they can strike at any time.”

Dikwa said the military did not heed the advice of the Private Military Contractor (PMC), to man the country’s land borders after they had “decimated” Boko Haram in 2014.

He was referring to the South Africans who were hired by former President Goodluck Jonathan in 2014.

By early 2015, they had flushed Boko Haram out of Nigeria’s territory, allowing for the holding of the elections in all the local councils.

The military turned round to claim the credit. Few years after, one of the South Africans expressed anger that the military frittered away the gains they recorded between 2014 and 2015.

When President Buhari ascended the throne in May 2015, he dispensed with the services of the contractors, by putting all his trust in the army, believing that they would safeguard the territorial integrity of Nigeria.

Dikwa recalled: “At that time, they (PMC) said, ‘okay, we have done our bit, the rest, it has to be political. Have dialogue at a position of strength,” the university don, added.

“And that you should allow the other paramilitary, particularly the police, to take over the terrain that you have recaptured. You (military) move to the borders.”

“Unfortunately, the military has continued to usurp the role of the police which is not supposed to be so,” Dikwa said.

Prof. Dikwa who called for more collaboration among security agencies in the fight against insurgency, noted that the military alone cannot fight the terrorism in Borno State.

“If you put all the military inside Borno, it will contain it,” he said, claiming that “It looks like there is no synergy between the security and defence agencies as if it is rivalry when they are actually working for this country and they signed to defend the people of this country and the territory.

“As a president, he should be able to stamp his feet to say ‘do the work, I am giving you one, two months maximum. If you don’t finish up this thing, submit your resignation letter.”

Dikwa also advised Buhari to decentralise the command structure in the army.

“If I were to have the ears of President Buhari and Commander-in-Chief, I will insist that the command system of the military be decentralised so that junior commanders could also give a command in case of threats”

“Even the police have their own way of neutralising the enemy rather than waiting. As long as the command is from top-down, it will not work,” he said.

Nigeria has been waging a war against the Boko Haram insurgents since 2009.

Claims that the insurgents have been ‘technically defeated”, have been proven to be hollow, as the terrorists still kill people and stage kidnappings, at will.

He, however, promised in the New Year that the military will disgrace Boko Haram and ISWAP this year.