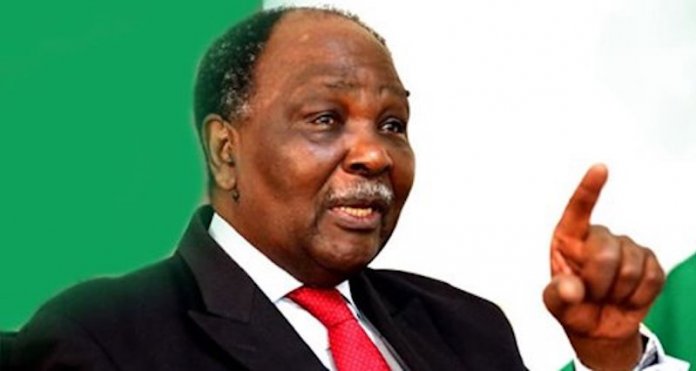 It is difficult to understand how a Member of the revered British Parliament worth his salt, could have left himself open to ridicule. By leveling unfounded, irrational and bizarre allegations of corruption against, of all people, General Yakubu Gowon, that exactly was what Tugendhat did. In the wake of the Endsars protest by Nigerian Youth, the MP for Tonbridge and Malling decided rightly to stand on the side of Nigeria. However, perhaps owing to sheer ignorance, carelessness or prejudice, the respected MP accused Gowon of having moved half the Central Bank of Nigeria when he was overthrown in a military coup in 1975. The very idea that Tugendhat would believe such nonsense and proceed to broadcast it publicly beggar belief.

A few questions here. What does moving half of the Central Bank mean even in the most abstract language? How could such a feat be accomplished by a man who had just been overthrown from power and was obviously a wanted man in his own country? How do you move half of a Central Bank or any Bank for that matter? Which individuals, bureaucratic of financial institutions, facilitated the attainment of this feat and how? Assuming for the sake of an argument that Tugendhat is fractionally concerned about corruption in Nigeria, would he not start by gaining access to the existing trove of detailed information over financial flows from Nigeria to the United Kingdom? A good part of that information is accessible. The entire accusation is so ludicrous it raises questions about Tugendhat’s moral capacity to even pursue his case.

It is curious that Gowon, who arrived the United Kingdom when Tugendhat was only two years old in 1975, has seen the back of eight British Prime Ministers, yet has never been questioned by the British Police. Now he is being accused of having lived off half of Nigeria’s Central Bank. It is doubtful that Tugendhat has ever read a book about Nigeria not to talk of having travelled to the country. It is curious that he would have displayed such shameful ignorance and made such ill-conceived allegations with no scintilla of evidence, even when, at the click of a button, he could have had access to Gowon’s financial records and business dealings in his over 45 years of living in the UK.

Anyone interested in Gowon’s records of public service would have to ask a few questions. First, unlike his predecessors, is it not curious that even the military government that overthrew him did not for one day raise an allegation of corruption against him? The facts show that the bar of integrity in public service only began to be lowered from the time the General was overthrown. Most of our ailing national infrastructure owe their origins to that period.

For the education of Tugendhat and his ilk, let me draw from verifiable evidence of Gowon’s integrity as attested to by a cross section of Nigerians. Towards the end of 2003, when I heard that Gowon was going to turn 70 the following year on October 19th, 2004, I was quite excited. I began to wonder how this great gem would be celebrated. I knew that I had no qualifications for making any serious suggestions. I decided to choose what I believed I could have control over. I opted to get a collection of tributes to honour the great man. I shared this idea with both his wife, the very much respected Victoria Gowon and Ambassador Maurice Ekpang who was then the Director of the Gowon Centre. Madam demurred for the obvious reason that she knew her husband’s deep sense of modesty. She herself loved the shadows and was very protective of the integrity of her husband and her family.

With the support of Ekpang, I got to work. I drafted a letter and we drew up a list of eminent people around the world, from Nelson Mandela, Eyadema to Jimmy Carter. At home, we reached out to technocrats, men and women who served under him or who had associated with him. In the letter, I merely introduced myself and said that as part of celebrating Gowon, I was, in my personal capacity, requesting them to write tributes for a publication I wanted to submit to him as part of the celebrations of his 70th birthday.

The enthusiasm with which people responded was quite amazing to me. From former Presidents and Heads of State to traditional rulers, bureaucrats and a wide range of Nigerians across the board, literally everyone we reached out to. In all, the final publication covered a total of 259 pages. For the purpose of this essay, I wish to refer to just three of these tributes to draw the attention of Tugendhat to the foolishness of his allegations against the General whom he himself perhaps never met or even associated with.

In a lengthy tribute dated 25th September 2004, Chief Ernest Shonekan, former Head of the Interim Government (1993-1995) noted: “You have the honour of having the mantle of leadership of our great country at a relatively young age, yet you were imbued with wisdom and needed humility to lead at a most difficult time….You have continued to demonstrate that a man’s life consists not necessarily of silver and gold alone or how much wealth he is able to gather but most importantly on how many lives he is able to touch positively. I honestly believe that if the leaders of today have an appreciation of this point, there will be less emphasis on acquiring so much for themselves resulting in the pervasive corruption that we have in the land.”

Perhaps of all the tributes, the one that caught my attention even at that time the most was that of Major General Muhammadu Buhari (rtd), our current president. It is tempting to reproduce almost the entire three-page letter because it was so rich in personal narrative.

In his opening paragraph, Buhari stated that writing the tribute was a duty because Gowon’s place in Nigerian history is assured for all time. His tribute was the most intimate and also the most revealing. In his words: “I was among the candidates recommended to be his ADC. Why it never happened was a secret only he and I knew! …One of his most astounding attributes is that General Gowon is man of conscience, a man of sincerity, a man of accountability and a man of integrity.” He continued: “Major projects were undertaken with the proceeds of the 1973 oil windfall. There was never a serious accusation linking the General personally with any scandal in that period.” And then, the clincher: “A pointer to his personal integrity was when I was Head of State and the General, though my senior treated me with embarrassing deference in the course of informing me that he could not pay his children’s school fees. A man who presided over the federal government’s big spending spree yet did not plan for the rainy day is somebody special.”

Unfortunately, the ‘Book of Tributes’ has continued to gather dust in the archives of the Gowon Centre since 2004 for some inexplicable reasons.

I have gone to this length just to show that Tugendhat has committed such an egregious act and a faux pas that he owes his family and the British Parliament a first apology for the great embarrassing show of foolishness. He owes the members of the EndSARS protesters for damaging the credibility of their evidence of corruption in Nigeria. He owes Gowon and his family an apology for trying to impugn his reputation by reading a prepared text blindfolded by prejudice.

Kukah is Bishop of the Catholic Diocese of Sokoto