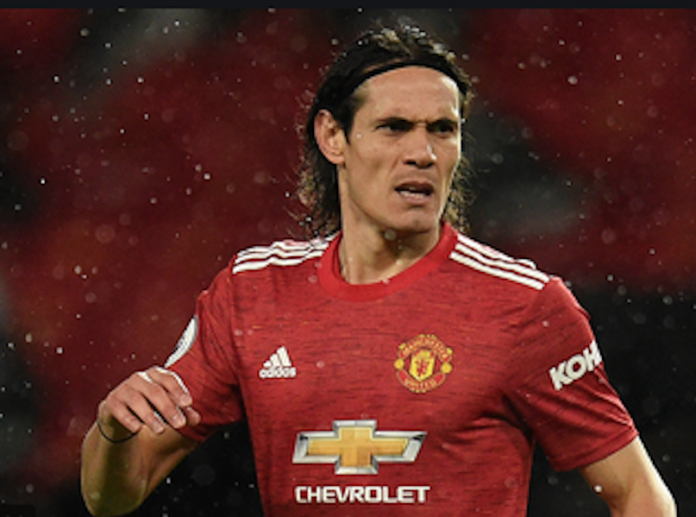 Manchester United’s Edinson Cavani has been given a three-match ban and a £100,000 fine for a social media post containing a Spanish phrase that is offensive in some contexts.

The Uruguayan, 33, pleaded guilty to a Football Association charge of using insulting and/or improper words.

Cavani sent the message after scoring a winner at Southamptonon 29 November.

The striker subsequently deleted the post and apologised when the meaning that could be attached was pointed out.

Along with the ban and fine, Cavani must also complete a “face-to-face” education programme.

Cavani’s ban will begin immediately, ruling him out of United’s Premier League game with Aston Villa on New Year’s Day.

He is also set to miss the EFL Cup semi-final against Manchester City on 6 January and FA Cup third-round tie with Watford on 9 January.

Cavani issued an apology shortly after posting the message on Instagram following United’s 3-2 comeback win against the Saints.

“It was intended as an affectionate greeting to a friend, thanking him for his congratulations after the game,” said the former Napoli and Paris St-Germain striker.

“The last thing I wanted to do was cause offence to anyone.

“I am completely opposed to racism and deleted the message as soon as it was explained that it can be interpreted differently.”

The FA charged Cavani for the post on 17 December.

With reference to new guidelines agreed in the summer, it said the post was alleged to be “insulting and/or abusive and/or improper and/or brought the game into disrepute”.