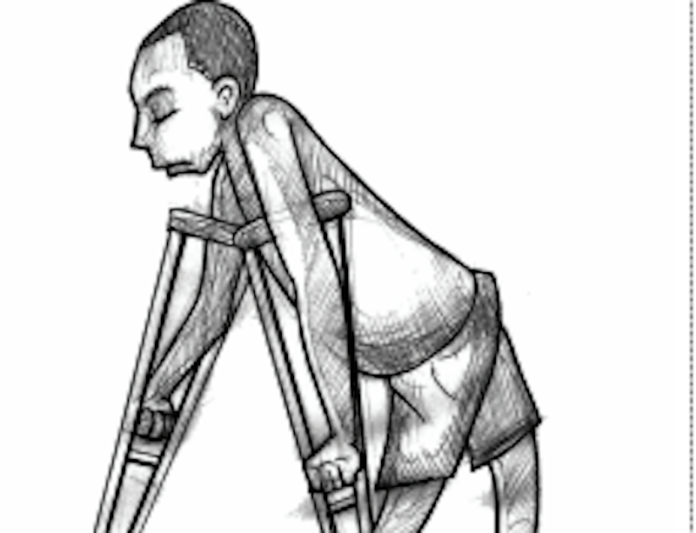 There should be equal opportunities for all citizens

The recent demonstration at the National Assembly by scores of physically challenged persons from the Niger Delta region should be a wake-up call for the authorities. Part of their grievances include being discriminated against in the distribution of opportunities despite the fact that many of them have the requisite qualifications. The demonstration came at a time many physically challenged air travellers were prevented from boarding their flights on account of the same problem of discrimination.

In March 2009, the Senate passed a law outlawing discrimination against people with disabilities in Nigeria. At the time, many considered the law a major milestone on the rights of the physically challenged in our society. But nothing seems to have changed. A recent news report stated clearly that about 98 per cent of public buildings in the country such as schools, hospitals, banks, even shop stalls, where some can make economic transactions, are still inaccessible to persons with disabilities. Yet the physically challenged persons constitute about 19 per cent of the population.

It must be noted that public buildings in our country have over the years become nothing but a reflection of the attitude of the society towards the physically challenged. They are still discriminated against and face social stigma. From transportation which allows movement and interactions, through health, recreations and even educational services which can make them compete effectively, people with one disability or another are most often deprived of their rights. Everywhere and every day, obstacles are thrown on their paths.

In their recent paper on ‘Social inclusion of persons with disabilities in Nigeria: Challenges and opportunities’, Rosa Martinez and Vemuru argued that when the attitudes of a community are negative towards a particular, vulnerable group, they will struggle much more to realise their potential. “Persons with disabilities in Nigeria persistently face stigma, discrimination, and barriers to accessing basic social services and economic opportunities. Today, they face greater barriers brought about by the impacts of the COVID-19 pandemic,” they contended. These are challenges that critical stakeholders must begin to address.

Cosmos Okoli, an enterprising man who has proved that there is ability in disability once said: “We have had cases where some principals and headteachers refused disabled candidates admission not on the basis of incompetence but for their disabilities.” To worsen the situation, many are regarded by their families as a source of shame and treated as objects of charity. The few vocational training centres set up by government are ill-equipped and ill-maintained. Many end up in the streets as beggars while others turn to drugs and other socially unacceptable behaviour to generate income.

We are averse to the demeaning and disdainful manner that the physically challenged are treated. Besides the law that compels the government to accommodate them in any major enterprise, Nigeria is a signatory to many international conventions that support equal opportunities for all their citizens. The United Nations defines equalisation of opportunities as “the process through which the general system of society, such as the physical and cultural environment, housing and transportation, social and health services, educational and work opportunities, cultural and social life, including sports and recreational facilities are made accessible to all.” This should be the goal.

The government as a matter of policy must create a conducive atmosphere for social, economic and political integration of the physically challenged in our society. Even if old public institutional buildings cannot be modernised to accommodate them, new ones should be built in such a way that they provide access to the physically challenged. Attempts must also be made to open up educational and employment opportunities so that they can compete and embrace life with more confidence. The physically challenged in our midst must be empowered to help themselves and their families and contribute their bit to the growth and development of the society.