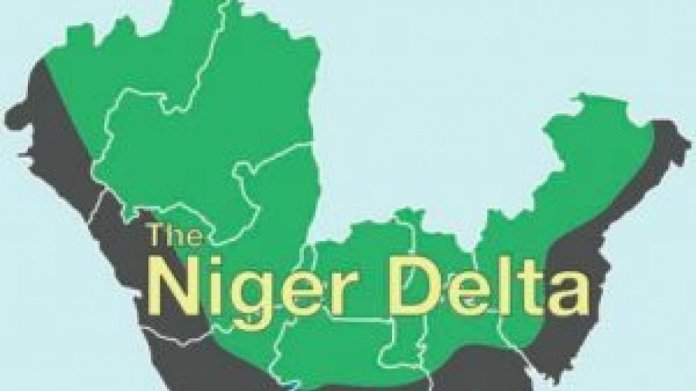 All Progressives Congress chieftain and certified member of International Security Association Switzerland, Jackson Lekan Ojo bares his mind to Yinka Kolawole on the likely security implications of the recent appointment of a Sole Administrator at the Niger Delta Development Commission

As a security expert of note who is familiar with politics in NDDC, what is your feelings about the interim management put in place by President Muhammad Buhari recently

Nigerians are already clamouring for substantive management for the NDDC but recently President Mohammadu Buhari has appointed another interim management headed by Mr. Effiong Okon Akwa as an Interim Administrator, who until his recent appointment was an Acting Executive Director Finance and Administration of the Commission. Well Akwa’s appointment was as a result of corruption allegations leveled against the former interim management committee put in place last February, led by Prof. Kemebradio Kumo Daniel Pondei.

You know that Pondei emerged as NDDC’s helmsman shortly after the Acting Managing Director, Mrs. Jol Nunieh was sacked in a controversial manner.

As people are protesting for the substantive management in the area, the Niger Delta people are also clamouring for the same but people should realize that Akwa that was appointed had relationship with the Minister of Niger Delta Affairs. I want to believe that this is a political game which is already playing out because of the replacement is from Akpabio’s area.

Does the Minister have power to appoint NDDC Management?

As a-Security expert I want to say categorically that the minister has no power to appoint anybody on NDDC management committee but the president of the country President Muhammadu Buhari has that power to do so. Also if the Sole Administrator was appointed from Bayelsa there may not be any noise form any quarter.

What is your reaction on the incessant kidnapping, increased terror attacks?

Security should be the business of everybody, what people don’t know is that security matter should be handled carefully, when you provide security on the radio, newspaper or television, it is no security at all. I think there must be security summit where traditional rulers, religious leaders, politicians opinion leaders would meet and proffer solutions to it.

Also recruitment of more men into the army. It is also permissible by law to invite retired military officers to assist in tackling the problem because of their experience, but it will be on contract basis. Equally, I want to believe that allowances and salaries of military personnel should be paid promptly to serve as motivation to them.

On sexual abuse, there is no value system anywhere again. Nobody is following culture and tradition again and the situation in which women dress half naked on the street is too bad. Men and women are iron and magnet when iron meets with magnet it will grip themselves. That is the situation for now.

Recently the Reformed Niger Delta Avengers said they would not allow NDDC to defend the budget for 2021, whereas in the year 2020 that is ending soon, NDDC had no budget.

This should not be allowed to continue. If the people listened to them and there is no budget for year 2021 that will be 24 months of no budget in Niger Delta and at the end of the day if there is no budget in Niger Delta and if the people of that place start agitating; we will have a problem on our hands. Two days of the Avengers coming out in the Niger Delta, Nigeria will feel it more than two months of what we saw in Lagos recently during the EndSARS protests.

I have been a voice for the country by the special grace of God, I am a chieftain of APC but most of the times when I talk some people ask me if I am still a member of the party. What is wrong is wrong. I am not being sponsored by anybody and I can tell you that no one is bankrolling me.

Do you have an idea of who could be behind these issues? Why would people push for their own budget defense to be put on hold?

In security as in journalism, there are some information you have, if you divulge it, there will be problems. Yes, I know that the defunct Niger Delta Avengers has some very educated members who are highly exposed. There are some persons at the federal level that are behind this, pushing these boys to heat up the tension in the Niger Delta. If Niger Delta has lost 12 months budget and they are still clamouring for another 12 months just because there is some body somewhere that said it can no longer be business as usual, there is a problem.

NDDC is an intervention agency but this is an agency whereby some persons are taking contracts running into billions and they never know the contract site and they will be paid 100%, whereas some people borrowed money from the bank and have completed their contracts for the past 10 years and they have not been paid and that is because they don’t belong to the right group. The powerful ones will collect contracts, they will collect the 100% because they see themselves as untouchable and they will not do the contract. And Akpabio has come and said no, it cannot be business as usual. Let me replicate what I did in my state for eight years, here since the opportunity has been given to me as a Minister of Niger Delta Affairs. Akpabio is saying if 10 kobo is budgeted for this place, we must spend it judiciously. This is why they are not happy with him. He pushed for the forensic audit of the place and Mr. Akpabio stepped on toes.

We must be careful because if oil production stops in the Niger Delta, the economy of this country will be grounded and when it is grounded, it will affect the entire Africa.

Some powerful figures are behind the demand by the Reformed Niger Delta Avengers that Akpabio should not be allowed to defend the NDDC 2021 budget until substantive board of the agency is inaugurated. They are clearly trying to frustrate the Minister but at the end, the Niger Delta as a whole will suffer for it. What they should have been doing is calling for increment in the budgetary allocation to the Ministry of Niger Delta Affairs and the NDDC, not pushing for the budget to be put on hold. The question to ask here is what are the senators of the nine states of the Niger Delta doing in the Senate?

They are not representing their people. What are their House of Reps counterparts doing? Can’t these people speak with one voice with high volume and support the minister so that the budget can be made to run in the interest of all? I advise the father figures that are pushing these boys to stop.

What is your party, the APC doing about this?

Let me be bold to tell the world that it does not mean that Adams Oshiomhole offended the entire party but Oshiomhole offended some persons within the party because they saw him protecting in interest of a particular person. That was why he lost out. The removal of Oshiomhole brought about the defeat of the party in Edo State.

Who is in charge of the party today? We have only one leader Mr. President and don’t forget Mr. President is a person but the presidency is an institution. So APC has nothing to do today, what matters most is the people of Niger Delta that are bearing the consequences. They need to come together, all the governors of the Niger Delta regardless of their political affiliations.

If you look at it, there is no governor today in the Niger Delta that belongs to the ruling party. So instead of them to come together to back the issue of Niger Delta, they are not doing that because they think Akpabio will take the glory.

Some of the senators representing the nine states of Niger Delta today, some of them are PDP. So when APC senators from Niger Delta raise an issue, a developmental issue, PDP senators will not support same. This is wrong. They need some level of political understanding.

Are you not worried that the militants may go backs to the creeks if nothing is done to meet their demands? Can’t your party leadership intervene?

If you are talking about APC or the leaders in the Niger Delta concerning this matter, it will not yield any position result. Today the APC caucus in Niger Delta is not together. They speak from different points of view. But I want to tell you clearly, the Niger Delta Avengers are not illiterates and they are not demonic. Some of them are Christians while others are Muslims. They need to be talked to and I am sure they will see reason to back out eventually. Before the expiration of the ultimatum, I believe something positive will happen. What we must do is for the leaders of the Niger Delta to rally behind Akpabio and once this happens, the boys will toe the part of peace.

These things are happening because some people just believe that they must enrich themselves while giving out stipends to the boys. This is not going to work. What happened recently in Lagos is a tip of an iceberg and we should not pray that something like that erupts in the Niger Delta. We won’t be able to recover from it for many years.

Two days of the Avengers coming out in the Niger Delta, Nigeria will feel it more than two months of what we saw in Lagos recently during the EndSARS protests.

I have been a voice for the country by the special grace of God, I am a chieftain of APC but most of the times when I talk some people ask me if I am still a member of the party. What is wrong is wrong. I am not being sponsored by anybody and I can tell you that no one is bankrolling me