While signing the appropriation bill at the banquet hall of the Government House Bauchi on Tuesday night, the Governor thanked members of the state assembly for working round the clock and in synergy with the state executive council to complete work on the budget within ten days.

Governor Mohammed said by working for the common goal of serving the people collectively with the state assembly dominated by the opposition, Bauchi had set the pace of politics.

According to him, “I am always grateful to Allah for giving me the kind of state assembly members who have recognized that we are guided by the fear of Allah and by one common thing, that is Bauchi project, the people who voted us into power”.

The governor expressed delight that there were very little changes in the budget as submitted to the state assembly, saying that “what they did is what I would have even done to expand provision of projects and programs across the local councils and all the villages and towns so that there will be equity and justice”.

Tagged, the ‘Budget of Consolidation’, the Governor said that the 2021 budget was larger than that of last year but the ratio of recurrent and capital is within the global best practice.

The Governor said the government was looking at the basic outcome of the budget to make sure that every sector was affected positively, adding that the people of Bauchi deserves better treatment, hence government’s decision to introduce Bauchi urban renewal project to upgrade the state capital.

He said that education and health sector was also given the required attention because they were the sectors that will improve the state’s human capital.

Governor Bala said the state government is also investing in Agriculture, water supply, youth and women empowerment, adding that rural roads are being opened up by making sure that connectivity is created between the rural markets and the urban centers.

Mohammed while responding to the observation made by the state assembly on the need to tighten up its belt by increasing the state’s Internally Generated Revenue (IGR), appreciated them for looking at the issue.

“Yes, we’ve been generating less, but when you look at it, we are increasing our generation from 200 to 700 million which make us focussed, not to look for capital outside to be able to do these roads”, he explained.

Earlier on, the speaker of the assembly, Rt. Hon Abubakar Sulaiman recalled that the 2021 budget proposal was presented to the house by the Governor on the 15th of December, 2020 for consideration.

The speaker further explained that capital expenditure took 57 percent of the budget, amounting to N120, 919,587,773.

The speaker who said that the house of assembly had upon receipt of the budget bill suspended all other activities and worked round the clock to complete the work on it within a short period of time.

Hon Abubakar said that the timely passage of the budget by the house was not unconnected to the commitments of the members, patriotism, mutual cooperation and the good working relationship that exist between the executive and the legislature.

Abubakar who said that the house has in the course of doing their oversight function observed that the performance of the revenue generating MDAs was low despite the recent passage of the revenue harmonisation bill into law by the house of assembly.

Speaker Abubakar while calling on all revenue generating MDAs to tighten their belts with a view to increasing the IGR of the state, recommended that the ministry of budget and economic planning should always and henceforth prepare and summit the annual budget of the state to the Governor within convenient time for onward transmission to the assembly.

The House also commended Governor Bala Mohammed for distributing equitably, projects in the budget where each of the 20 LGAs in the state got at least one or more projects. 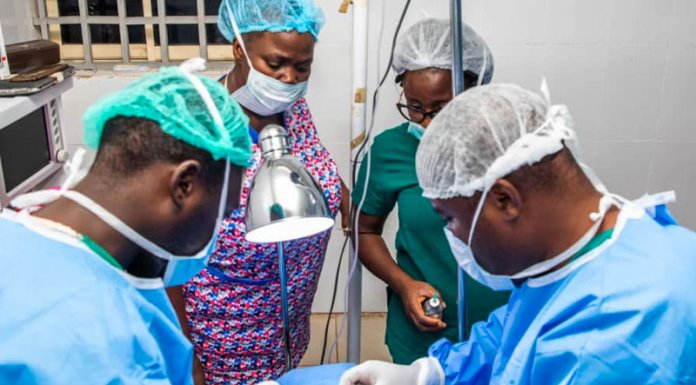