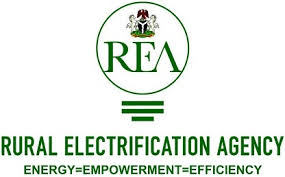 Despite being a very challenging year for most sectors of the Nigerian economy, many remote Nigerian rural communities have had a reason to celebrate, being beneficiaries of some of the most impactful government interventions in the power sector, writes Emmanuel Addeh

Having been appointed as Managing Director of the Rural Electrification Agency (REA) in December last year, Mr. Ahmad Salihijo, fully got down to work in January 2020, setting the tone as to the changes he was bringing to the operations of the agency saddled with the responsibility of powering unserved and underserved communities in the country.

If things were going to be done differently, it had to start from within. That prompted a series of engagements and house-cleaning sessions at the REA headquarters where extensive discussions on new plans to ensure better delivery of the agency’s mandate were put in place. This was followed by the strengthening of zonal offices for the work ahead.

On a monitoring and assessment tour of projects, it was revealed that though called the rural electrification agency, many of the projects were not really rural in the true sense of the word. That was the first thing that changed: powering unserved communities that hadn’t, in some instances benefitted from the wonders of modern power supply for over 200 years.

Having properly engaged in inter-agency linkages, the REA embarked on revamping the Nigeria Electrification Project, the single largest electrification project in Africa.

With an existing $350 million grant from the World Bank, in 2020, the African Development Bank (AfDB) also keyed into the project with a $200 million sovereign fund to increase electricity access to 105,000 households, 20,000 MSMES and eight federal universities across Nigeria.

With seven companies recently signing on to the Output Based Fund (OBF), there are now 19 companies under the SHS portfolio, all with signed Grant Agreements. The objective is to electrify 1 million households and 90,000 MSMEs with reliable and affordable electricity.

In the heat of the Covid-19 pandemic, following a call to action by President Muhammadu Buhari, the REA said it deployed four solar hybrid mini-grids to power 4 Covid-19 Isolation centres in hard-hit states; FCT, Lagos and Ogun states. In that connection, several solar mini-grid now power these popular isolation centres across the country.

Added to this, is the Rural Electricity Users Cooperative Society (REUCS), which is specifically designed to encourage beneficiary communities to take ownership of mini-grid systems, while ensuring safety, productive use as well as sustainability of the mini-grids.

Aside that, under the Performance-Based Grant tied to the Nigeria electrification Project (NEP), the agency signed more grant agreements with developers in 2020 to enable the electrification of more off-grid communities.

For a start, two solar hybrid mini-grids were delivered to the inhabitants of Akipelai and Oloibiri villages in Bayelsa State, with a total capacity of 134.64kW for both communities under the PBG component of the Nigeria Electrification Project (NEP).

Following this intervention, about 1,972 households, 273 commercial users, 5 productive users and 19 public users in the community now receive clean, safe and reliable energy to improve the socio-economic life of the community.

On the on-grid front, the REA noted that Unguwar-Dutse community in Malumfashi Local Government Area, Katsina State was powered with a 33/0.415kv transformer. So also was Ajijola, Osun state, electrified in the South West region of Nigeria, receiving a 300kva, 11/0.415 intervention using the grid extension option.

The mini-grids probably took the meat for the whole year, with the inauguration of the project at the Federal University of Agriculture, Makurdi (FUAM), Benue State, one of the beneficiary universities under the Phase 1 of the Energising Education Programme (EEP).

It received an 8.2MW Solar Hybrid Mini-Grid intervention designed to serve over 17, 000 students and staff members of the institution. All seven beneficiary institutions under the Phase 1 of the EEP are being funded from the Green Bond of the federal government.
Shimankar, Plateau state, now runs on a 234kWp Solar Hybrid Mini-Grid. Following this intervention, over 1,900 households, 273 commercial users, 5 productive users as well as 19 public users benefit from energy access.

In a bid to continue to drive the objective of the REF for equitable deployment of electricity infrastructure in off-grid communities, Eka Awoke community, located in Ikwo council, Ebonyi state, received a 100kW Solar Hybrid Mini-Grid designed to connect 500 residents, living in 300 residential buildings. 150 commercial buildings are also receiving clean, safe and reliable energy from this intervention.

In Bambami, a Katsina community, the area received the federal government’s intervention this year. The community in Batangarawa Local Government is now enjoying clean, safe and reliable energy through the deployment of a 30kWp Solar Hybrid Mini-Grid.

The story was not different for Budo-Are community located in Itesiwaju Local Government Area, Oyo State, which is now being sufficiently powered following the deployment of a 100kWp Solar Hybrid Mini-Grid under the Rural Electrification Fund (REF).

Olooji , a community located 60km off the city of Ogun State, South-West Nigeria, was fortunate to encounter the work of the agency when it got 100kWp Solar Hybrid Mini-Grid under the Rural Electrification Fund (REF), 200 years after the community was founded.

The impact of REF, Call 1, was equally felt by the residents of Goton-Sarki, Paikoro Local Government Area of Niger State where a 40kWp Solar Hybrid Mini-Grid was deployed to power the community.

The healthcare sector was a major beneficiary of the REA’s activities in 2020, as part of the agency’s wider objective to provide clean, safe and reliable energy to health institutions.

A few weeks ago, the Economic Sustainability Plan (ESP), designed by the office of the Vice President and domiciled within the Central Bank of Nigeria (CBN) with a strategy document designed to revamp the Nigerian economy, post-Covid, was launched.

A critical programme under the ESP is the Solar Power Naija which has the REA as the implementing Agency. The programme is designed to power five million households, while serving about 25 million Nigerians in rural areas and under-served urban communities and providing 250, 000 jobs in the energy sector.

In just about a year in office, Salihijo, along with his mostly youthful and energetic team, appear to have been driven by the need to show that if given the chance, young people can actually transform the country.

In addition to the tens of projects that have now been officially inaugurated, there are quite a number of others that have been completed, but yet to be commissioned due to time constraints.

Salihijo, the REA boss, who has personally attended all the ceremonies in some of the remotest communities in the country requiring that bush paths should be created, to officially flag-off the projects, explained that they were all designed to provide clean, safe and reliable energy to the people of the benefitting communities.

Salihijo added that the benefitting communities will henceforth witness socio-economic transformation due to the availability of reliable and sustainable energy provided in collaboration with the private sector.

According to the REA boss, several of the projects would further aid more equitable access to electricity across regions, while maximising the economic, social and environmental benefits of rural electrification subsidies.

“Through the Rural Electrification Fund (REF), we have continued to promote expansion of the grid and development of off-grid electrification as mandated by the federal government of Nigeria.

“This solar hybrid mini-grid is designed to serve the communities while also stimulating productive use amongst community members.”

According to the MD, providing and increasing energy access to millions of Nigerians through off-grid solutions is critical as the end goal is to ensure the equitable delivery of the social and economic benefits that will improve lives across the nation.

He noted that with the support of the Muhammadu Buhari administration as well as the guidance of the federal ministry of power, the objective was to close the energy gap in Nigeria faster.

“We, therefore, have no doubt about the continued impact of the federal government’s power sector roadmap as well as our capacity at REA to leverage on off-grid technologies such as these to transform and catalyse rural socio-economic growth and development in Nigeria,” he emphasised.

So, whether in Budo-Are community, Itesiwaju local government, Oyo state, where the official inauguration of a 100KWP solar hybrid mini-grid project took place or Olooji community, Ijebu East, Ogun State, that never knew how electricity looked like for about 200 years after it was founded in somewhere in the far north, one similar thing among all the beneficiaries was the joy they expressed and the many smiles on their faces.

For instance, in Olooji, a community of about 4,500 residents, it was almost like a carnival as the local leaders who danced without any hindrances said they had never had power supply nor used basic home appliances because of the absence of electricity since the community was first discovered.

The supply of power in that community whose main crops are cocoa, kolanut , palm oil and timber merchandising, will now be able to engage in small scale entrepreneurial activities in the area.

Head of Unguwar Dutsen, Katsina, Mr Gambo Wada, for example described the commissioning as a major development, noting that business opportunities in farming, processing, storage, and external trades would become a reality for the people in the area.

“I must appreciate the people of Unguwar Dutse and the state government for this project. It is my prayer that it will help increase our commerce and trade, especially as our local economy is dependent on trade,” he stated.

And everywhere the REA team went, they brought light to swallow the decades and sometimes, centuries of darkness in those communities. For the beneficiaries, despite its many vicissitudes, 2020 remains their year of light.