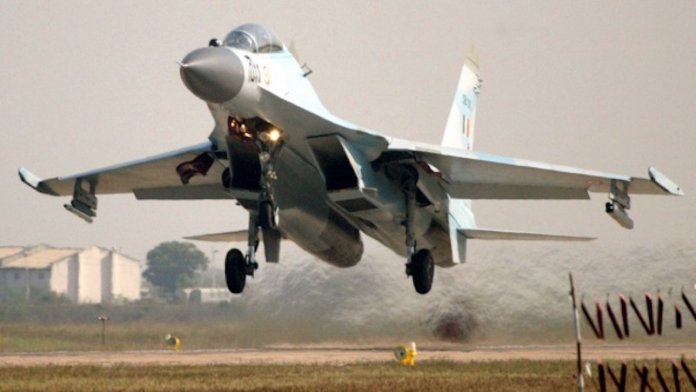 Following the attacks by insurgents on Garkida, Adamawa State and three villages in Hawul Local Government Area of Borno State between December 24 and 28, fighter jets of the Air Task Force of Operation Lafiya Dole yesterday bombed a major hideout of the terrorists in Sambisa Forest.

The insurgents fired at the aircraft but the air strikes decimated scores of the terrorists and destroyed an anti-aircraft gun station set up by the outlaws.

This came as the Borno State Governor, Prof. Babagana Zulum, donated eight vehicles and accessories to local hunters and vigilance groups in Hawul Local Government Area to strengthen their commitment to battling Boko Haram and other terror groups.

The Yuletide attacks on the two states resulted in the death of 11 persons and the destruction of residential houses and looting of shops, forcing hundreds of residents to flee to the bushes and hill tops.

A military update said the bombing campaign followed intelligence reports that the recent attacks on the two states originated from terrorists occupying the “s” region in the heart of the Sambisa Forest.

The update, signed by the Coordinator of the Directorate of Defence Media Operations (DDMO), Major General John Enenche, said: “The air interdiction missions being conducted by the Air Task Force of Operation Lafiya Dole have continued to deal decisive blows on terrorist elements in the North-east of the country.

“The latest of these was achieved yesterday at the ‘S’ region in the heart of the Sambisa Forest in Borno State. “The air strike, which was executed employing a force package of Nigerian Air Force (NAF) fighter jets, was carried out after series of Intelligence, Surveillance and Reconnaissance (ISR) missions revealed that the terrorists responsible for recent attacks in the southern part of Borno and northern part of Adamawa State had originated from the location.

“Accordingly, the NAF attack aircraft engaged the target area in successive passes, leading to the destruction of some of their structures and logistics stores, including a suspected anti-aircraft gun station as the terrorists fired at the NAF aircraft.
Several insurgents were also neutralised in the process.”

The Borno State Government has equipped local hunters and vigilance groups to tackle Boko Haram terrorists in the state.

The state Governor, Zulum, during his tour of the communities to assess the level of destruction on Sunday, had promised to equip local hunters and vigilance groups against the terrorist groups.

The governor, in fulfilment of his promise, yesterday presented the vehicles and other accessories requested by the vigilance groups to them.

The governor, represented by his deputy, Alhaji Umar Kadafur, made the presentation of the patrol vehicles and other accessories to the leaders of the vigilance groups in Azare town, the headquarters of Hawul Local Government.

The governor said the state government would not shy away from its constitutional responsibilities of protecting the lives and property of the people and would continue to remain focused in ensuring that peace returned to the state.

He, however, appealed to the people in the area to unite and to assist security personnel with useful information on any suspicious person or movement.

He added that the state government will continue to strengthen security operations in the state.

He commended all the security operatives in the area for their efforts in the fight against insurgency in the local government, adding that the government will continue to support them.

According to him, a committee for the renovation of destroyed facilities and residential houses, shops and police station will soon visit the area with a view to commencing work.

The chairman of Hawul Local Government, Ibrahim Hassan, in a vote of thanks, praised the governor for fulfilling his promise to the vigilante groups.

He said the governor had given more than requested as eight vehicles were given against the six requested.