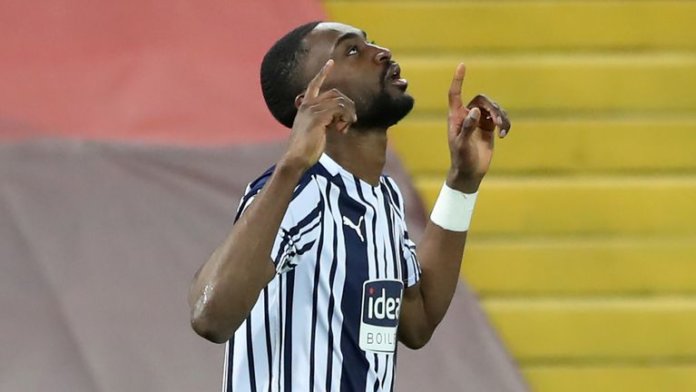 Jurgen Klopp’s side looked to be going five points clear at the top of the table when Sadio Mane chested down Joel Matip’s long ball forward to fire past Sam Johnstone.

Liverpool dominated for long periods without adding to their lead but the Baggies improved after the break and equalised in the 83rd minute.

Ajayi leapt high above the home defence to send a header in off the post to spark jubilant celebrations from the away team at Anfield.

West Brom keeper Johnstone made a superb save to deny Roberto Firmino a winner near the end.

There was a deep sense of frustration at full-time from Liverpool’s players after they dropped league points at Anfield for the first time this season.

Klopp walked to the Kop to acknowledge the 2,000 fans allowed into the ground as the home team headed for the dressing room knowing they had let two points slip.

It has been a monumental 2020 with the Reds ending a 30-year wait for a league title, but this was not the result they wanted in their final home game of 2020.

Klopp’s side dominated the first half, enjoying 84% possession, but were unable to add to a sumptuous finish by Senegal forward Mane.

Their dominance was highlighted by captain Jordan Henderson, who completed 39 more passes (85) than West Brom as a team (46) before half-time.

But the visitors were livelier after the break and, after Liverpool lost defender Joel Matip to injury, the hosts allowed West Brom a way back.

Alisson did well to keep out Karlan Grant after the forward had got the better of Rhys Williams before Ajayi’s equaliser.

Johnstone’s save to keep out Firmino at the end only added to Liverpool’s frustration, their lead at the top now three points.

It looked like it was going to be a long afternoon for West Brom when Mane struck early but the Baggies dug deep to return to the Black Country with a crucial point.

This result will give Allardyce, the last opposition manager to win a Premier League game at Anfield, with Crystal Palace in April 2017, huge encouragement as he looks to keep his new team in the Premier League.

A week after being beaten 3-0 at home by Aston Villa in his first game in charge, West Brom refused to go under against the leaders and showed the spirit and character needed in a relegation battle.