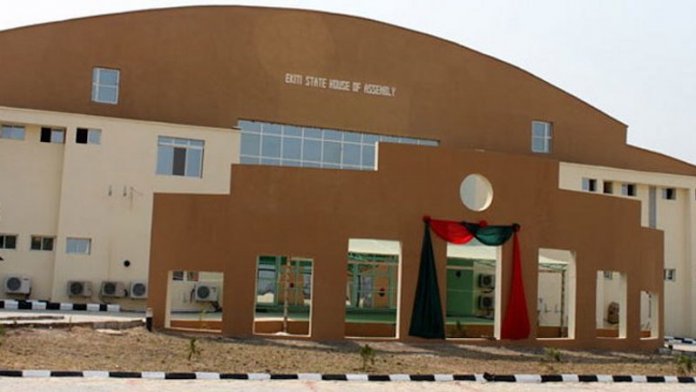 The Ekiti State’s House of Assembly has passed the state’s 2021 Appropriation Bill of N109.6 billion into law.

The bill, which was passed yesterday, was presented to the House by the Ekiti State Governor, Dr. Kayode Fayemi on October 27.

The passage of the N109.6 billion budget, with the theme “Budget of Recovery and Economic Restoration,” was a prelude to the submission of the report of the House Committee on Finance and Appropriation by its Chairman, Mrs. Olubunmi Adelugbua, at the plenary yesterday.

Adelugba said that ministries, agencies and parastatals appeared before the various committees of the House for the defence of their estimates while a public hearing was organised on the bill to give major stakeholders the opportunity to make their contributions.

She said the public hearing was in fulfillment of major requirements for the passage of the appropriation bill, adding that the 2021 budget estimates was consistent with the government’s fiscal policy.

Adelugbua disclosed that the budget covered all the five pillars of Fayemi’s administration developmental agenda.

She also noted that N25.2 billion, representing 23 per cent, was carved out for infrastructure and industrial development while social investment and knowledge economy received N25.3 billion and N22 billion respectively.

The Majority Leader of the House, Mr. Gboyega Aribisogan, representing Ikole Constituency 2, moved the motion for the adoption of the report and was seconded by his counterpart, Mr. Ajibade Adeyemi before it was unanimously adopted by the House.

In his remarks, the Speaker of the House, Hon. Funminiyi Afuye, commended the committee and other members of the House of Assembly for their efforts that ensured the passage of the 2021 budget estimate.

Afuye expressed optimism that the 2021 budget would be fully implemented to enable Ekiti people to continue to enjoy the inherent benefits of democratic governance.