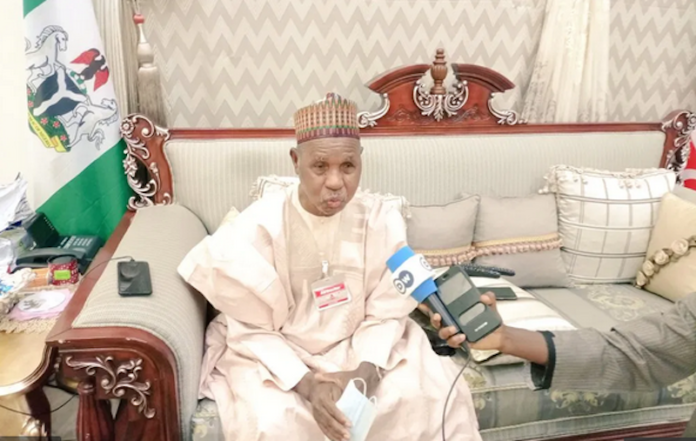 The Police and the military yesterday narrated how 80 pupils of Hizburrahim Islamiyya School in Mahuta village of Dandume Local Government Area of Katsina State, who were abducted by bandits on Saturday, were rescued, saying they achieved the feat after a gunfight.

The Islamic pupils were said to have been abducted while returning from Maulud celebration at Alkasim village of the local government area on Saturday night.

The abduction came barely a week after another group of bandits kidnapped 344 pupils of Government Science Secondary School Kankara, Katsina State on a day President Muhammadu Buhari arrived in Daura, his hometown in the state, on a week-long private visit.

The Kankara pupils, who were released last Thursday, were brought to the Government House, Katsina on Friday where Governor Aminu Masari presented them to the president.
However, governors elected on the platform of the All Progressives Congress (APC), have called on security agencies to reinforce their capacity to protect lives and property.

A resident of Dandume, Mr. Sani Muhammed, who yesterday confirmed the abduction of the students in a telephone interview with THISDAY said security personnel engaged the bandits in a gun battle that lasted for hours.
He said: “As we speak, a combined security team is trying to rescue the students and other women who were kidnapped by the bandits yesterday (Saturday) night.”

Giving details on the rescue operations, the police said all the 80 students and another four victims were rescued by operatives of Operation Puff Adder and Sharan Daji in collaboration with members of the vigilante groups in the area.

The spokesman of the Katsina State Police Command, Mr. Gambo Isah, a superintendent of police (SP), explained that the bandits had earlier kidnapped four victims and rustled unspecified cows in Danbaure village, Funtua Local Government of the state before moving to Mahuta village.

Isah, in a statement, yesterday, said an investigation has commenced with a view to arresting the bandits.
He stated: “On 19/12/2020 at about 2200hrs, a distress call was received by DPO Dandume that some Islamiyya Students of Hizburrahim Islamiyya, Mahuta village, Dandume LGA of Katsina State, numbering 80, while on their way back from Maulud occasion celebrated at Unguwar Alkasim village, Dandume to Mahuta village were accosted by bandits who had already kidnapped four persons and rustled 12 cows from Danbaure village, Funtua LGA, trying to escape into the forest.

“On receipt of the report, the DPO led Operations “Puff Adder, Sharan Daji and Vigilante group to the area and engaged the bandits in a fierce gun duel.
“Subsequently, the teams succeeded in dislodging the bandits and rescued all the eighty-four (84) kidnapped victims and recovered all 12- rustled cows.”
He said search parties were combing the area in order to arrest the injured bandits and recover bodies of the dead ones.

In its account, the military said troops of Operation Hadarin Daji, in conjunction with the police and local vigilante deployed in Dandume Local Government Area of Katsina State received a distress call about 11:30 pm from locals at Mahuta village that suspected bandits were moving with unconfirmed numbers of Islamiyya children, mostly girls and rustled cattle.

A statement by the Coordinator of the Defence Media Operations (DDMO), Maj. Gen. John Enenche, said the children were returning from Maulud programme at Unguwar Al- Kasim village at Dandume.
He said in reaction to the distress call, troops quickly mobilised to the scene, laid ambush and blocked the bandits’ route along Daudawa-Kadisau Road, Sheme Mairuwa and Unguwar Audu village and engaged them.

It stated: “During the fierce battle, troops’ superior firepower forced bandits to abandon the children and the rustled cattle thereby forcing the bandits to flee in disarray into the forest.
“Troops, thereafter, searched the general area and rescued the kidnapped girls in addition to the recovery of eight rustled cattle.

“The victims have been reunited with their families while the recovered cattle were handed to the owners. Troops have dominated the general area with aggressive patrol to forestall further occurrence.
“The military high command commends the gallant troops and other security agencies for their sustained successes. Equally the locals and vigilantes are hereby appreciated for their cooperation in tackling the insecurity in Katsina State.”

The DDMO, in another statement, said troops of Operation Whirl Stroke have raided the hideout of some gang members of the late Benue militia leader, Gana, in Katsina-Ala Local Government Area of Benue State.
He said the troops engaged the criminals at Adangbe village in Mbacher Council Ward of the Local Government Area.

“The superior firepower of the troops forced the armed bandits to flee in disarray. However, as troops engaged the criminals in hot pursuit, two of them were neutralised, while another was arrested by the gallant troops.
“During the encounter, three locally-made rifles 121 rounds of 7.62mm special ammunition, as well as other items, including a motorcycle, were recovered by the troops,” he stated.
The DDMO said the arrested suspects have been handed over to the police for further action.

The Progressive Governors’ Forum (PGF) has called on the security agencies to reinforce their capacity to protect lives and property of all Nigerians.

The forum, which is the umbrella body of governors elected on the platform of All Progressives Congress (APC), noted that the national security problem confronting the nation is a responsibility that requires united, resolute and prompt responses.

The Chairman of the Forum, Senator Atiku Bagudu, in a statement yesterday, welcomed the return of the Kankara schoolchildren and congratulated Buhari, the families of the abducted pupils as well as people and government of Katsina State.

According to the forum, the pupils’ rescue attests to the capacity and competence of the security agencies to protect, defend, and secure the country.
It stated: “Given the important role of our security agencies and other non-governmental leaders in the process that rescued our Kankara schoolchildren, it demonstrates that efforts to resolve our national security problem is a responsibility that requires united, resolute, and prompt responses.”

The forum appealed to all Nigerians to rise up to the responsibility and work for more effective and efficient responses to every security problem facing the nation.
The forum added: “We call on our security agencies to reinforce their capacity to protect and defend the lives and property of all Nigerians in every part of the country.

“On our part, as governors elected on the platform of the APC, we will continue to work under the leadership of President Muhammadu Buhari to bring to an immediate end this new phase of insecurity in the country.”
The governors said they would ensure that, as leaders, they work in harmony with all governors, political and non-political leaders for the restoration of peace in the country, irrespective of any difference.