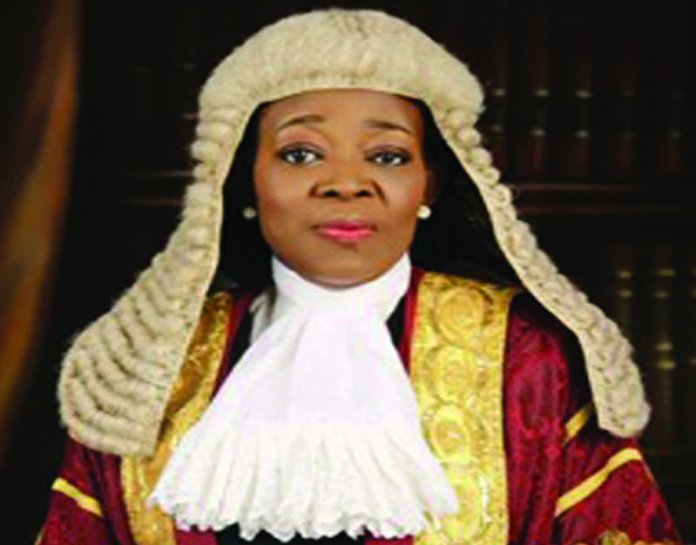 A retired judge of the Benin Division of the Court of Appeal, Justice Atinuke Akomolafe-Wilson has declared that Nigeria has been most unfair to the members of the Bench.

Akomolafe-Wilson, also, said the judiciary had contributed significantly to the task of nation-building, citing diverse judicial interventions that had strengthened democratic institutions.

She expressed this concern at her 70th birthday held in Benin-City, the Edo State capital where she served as the Director of Public Prosecution, Solicitor General/Permanent Secretary, Ministry of Justice and High Court Judge before her elevation to the Court of Appeal.

Sharing her 44-year experience in public service, the judge said: “I believe the judiciary has made enormous contributions to nation-building.”

Despite the contribution of the judiciary, Akomolafe-Wilson observed that the Nigerian public “has been most unfair to Nigerian judges, past and present.”

“Judiciary is ours to cultivate and not to plunder. From experience, I understand the stressful demands of judicial office. I think that judicial office holders deserve commendation and adequate reward,” she said in her valedictory speech.

While admitting that there are a few bad eggs, Akomolafe-Wilson argued that this does not justify the media bashing of judges, who according to her, hardly have the opportunity to defend themselves.

She said: “In the course of my career, the judges I associated with and worked with are the finest breed of selfless and patriotic Nigerians that I have seen.

“Our judiciary must be appreciated and adequately rewarded for their work. As at now the salary of judicial officers and their withdrawal remunerations are ridiculously low. Middle clerk staff in some other government departments earn better in all ramifications”.

Akomolafe-Wilson lamented that there “is no progression in judges’ earnings while serving. For instance, a judge that was appointed 30 years ago earns the same salary as one appointed today. There is no increment in salary.

“It is ridiculous and most discouraging. We cannot expect a magical wand to improve the system of administration of justice with poor caseload management. We need to deploy more funding to the judiciary to adequately remunerate serving judges and appoint more,” she said.

She explained that a judge must sacrificially keep tenaciously to his oath of office while canvassing that the appointment of judges ought to strictly be on merit, having regard to persons of intelligence and integrity and not based on favouritism, lobbying and worse of all partisanship.

“A proper scrutiny ought to be carried out by the appointing authorities so as to sustain the integrity of the judiciary”, she said.

She noted that the role of the judiciary in our nation today “cannot be overemphasized. The judiciary deserves to be respected. Any form of clamp down on the bench for whatever reason is an affront on the judiciary.

“It brings the whole organ into disrepute which ultimately is capable of taking our society back to the days of jungle justice. The executive should be patient to take advantage of the rule of law. This is only possible with a strong and independent judiciary.

“So important is the role of the judiciary that the constitution forbids the legislature from enacting any law that ousts or purports to oust the jurisdiction of a court of law or of a judicial tribunal established by law.

“In the execution of its mandate of interpretation of law and administering justice, the judiciary is not tied to the apron strings of any political party, pressure group, religious, racial or ethnic group, sex or geo-political entity.

“This explains why the symbol of justice is depicted as a blindfolded person (Lady Justice) holding two even scales, meaning that the judiciary is to dispense justice to all manner of people without fear or favour, affection or ill-will.”