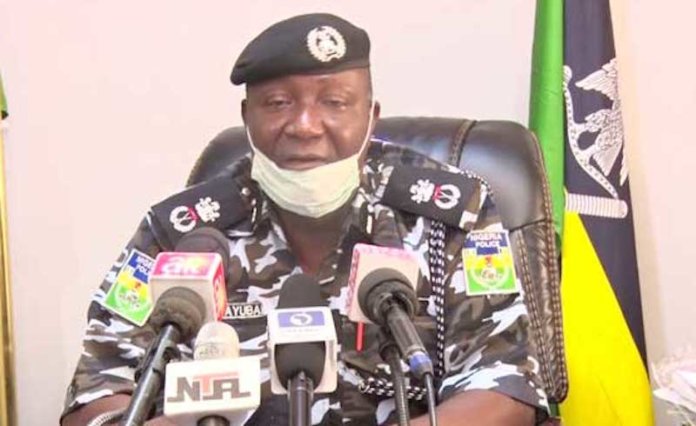 Kogi State Commissioner of Police, CP Ayuba Ede has disclosed that the operatives of State Command had been trailing the suspected kidnappers who abducted the traditional ruler of Ankpa , the Ejeh of Ankpa Shuaibu Usman who was kidnapped in the early hours of yesterday.

Ede who disclosed this while confirming the report to journalists yesterday , said that the traditional ruler was abducted by unknown persons when he went to mosque for Shubhi morning prayers.

The Commissioner of Police explained the Kogi State police command had swung into action immediately by deploying detectives in bid to rescuing the traditional ruler .
He stated that the Police had cordoned all entry and exit points into the State, with a view to rescuing the Traditional Rulers.

According to CP Ede, the kidnappers had laid ambushed at the mosque, and zoomed off immediately with the Traditional Ruler to yet to be ascertained destination.
The traditional ruler was said to be a Director of Local government in Ankpa Local government area and secretary to late Ejeh of Ankpa .

Usman, who is the current Acting Eje Of Ankpa was kidnapped yesterday morning at about 5:30am while entering a Mosque in Ankpa.
It was gathered that, the abductors of the monarch were yet to make any contact with the family.