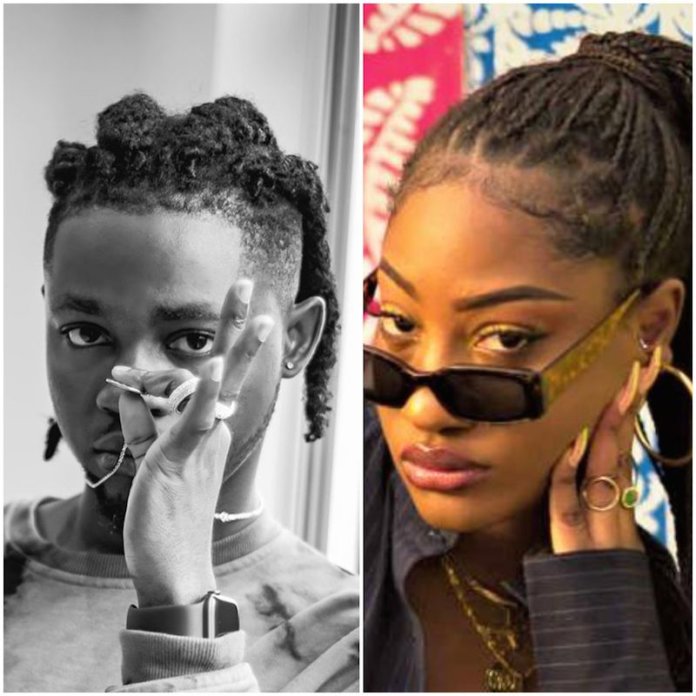 The outrage over the recent arrest of fast-rising Nigerian singers Omah Lay and Tems in Uganda dominated the news cycle this week. The duo were arrested alongside Benjamin Kabura organiser of the unauthorized gig held in Ddungu Resort, Munyononyo, Kampala Capital City where they performed on Saturday, December 12.

Others who were equally arrested include Manager of the resort, Ivan Ddungu; Prim Kasana, the event manager, who contracted Omah Lay to sing and three policemen.

The Ugandan Police Force confirmed their arrests stating that they flouted the country’s COVID-19 rules. The artistes were handcuffed and remanded in custody until their release on Tuesday following the intervention of the Chairman/CEO of Nigerians in Diaspora Commission, Abike Dabiri-Erewa and some well-meaning Ugandans.

For most Nigerians, the news was a bitter pill to swallow. Social media raved with protests and insults on Ugandans. The perceived impression by many, even within the music industry is that Nigerian music acts are envied by their Ugandan counterparts.

It is no news that Nigerian music dominates the African continent. Be it the revered Afrobeat or other forms — Afro-pop, Afro-fusion, etc.— the most listened to, the most-streamed, the most talked about is arguably Nigerian sounds. It wasn’t always like this. The most dominant sound in Nigeria over a decade ago was certainly not Afro-pop, rather, Nigerians danced to South African House music and Hip-hop. Of course, the Western music adulation was omnipresent but the struggling Nigerian artistes then had a hard time stamping their identity on different soils in the continent. Today, there is no breadth of the continent that doesn’t celebrate the upbeat sounds of Afrobeat. Such towering fame and dominance is bound to wake up the green-eyed monster.

But that doesn’t mean that Uganda lacks music superstars. Take, for instance, the 2019 party hit ‘Parte After Parte’ by Ugandan rap artiste BigTrill which became an anthem at Nigerian clubs and gigs. Bebe Cool is one of the popular acts from Uganda. Another notable voice is the musician, activist and politician Bobi Wine whose 2016 song ‘Kiwani’ was featured on the soundtrack for the Disney movie ‘Queen of Katwe’.

In fact, according to Wikipedia, Uganda is ranked number three in the continent music and entertainment industry. Recently, it was the ideal choice for ViacomCBS Networks Africa to hold the 2021 MTV Africa Music Awards (MAMA). Despite its few successes, Uganda is still far behind Nigeria.

As interesting as this storyline is, it should never be the basis of argument over the arrest of Lay and Tems. As clearly pointed out by Wine, “Truth is Omah Lay‘s arrest isn’t about COVID. No! It’s an act of shame by a corrupt regime that operates on double standards.” And thankfully, the diplomatic conflict has been resolved by the responsible heads in charge of that.

Nigerians must, first of all, understand that COVID-19 is still a threat to many countries in the world, even if Africa has been spared of devastating numbers and nightmarish incidences. In Uganda, the number of COVID-19 cases as at the time of filing this report stand at 28,168, with 225 deaths and 10,005 recovered cases, a far cry from Nigeria’s over 60,000 infection cases.

If Uganda has laid down rules to prevent further spread of the disease, the onus is on the authorities to ensure that those rules are enforced and appropriate punishment is given.

Like Uganda, Nigeria has such rules in place during the peak of the pandemic and those who defaulted were punished, irrespective of their social status.

For example, Funke Akindele and her husband were charged to court when they flouted the Lagos State’s lockdown guidelines. Governor Nyesom Wike of Rivers State arrested Caverton Helicopters pilots for disobeying the travel ban in the state. The governor even carried out the irrational act of demolishing hotels found guilty of disregarding the lockdown rules, an act that was greatly pilloried.

If Uganda has such rules in place to protect the lives of Ugandans, the least Nigerians can do is to respect the rules. It is a cardinal rule that the laws of any land should be obeyed by a foreigner. Moreover, the artistes’ managers and organisers of the event should have considered this before proceeding with the gig.

The Ugandan authorities also should have aborted the event immediately they noticed the publicity. It is unfair that they waited till the last minute to make scapegoats of the organisers and the artistes. But again, we are talking about Uganda, a country notorious for maltreating foreigners. So it doesn’t matter if it is a totalitarian ruler like the late Idi Amin or a civilian government in power, the attitude towards foreigners in Uganda is still the same.

While Nigerians are calling for the boycott of the upcoming MAMAs in Uganda, they may want to have a rethink. It makes no sense that the thousands of fans of Nigerian music in Uganda should pay for the sins of a politically motivated attack. The anger shouldn’t be directed at these harmless ones rather to the politicians wielding their power for their selfish gains.